Chesterfield County in recent weeks spent $21.1 million to tack 353 acres onto Meadowville Technology Park, a technology and logistics park near Chester, with the hope it finds use as the site of manufacturing facilities.

The property, which is located at 2400 Bermuda Hundred Road, is the first acquisition the county has made to expand the park since it was created in the 1990s, said Garrett Hart, Chesterfield County Economic Development director.

The county made its move to ensure it could guide the land’s development as a manufacturing center. The fear was someone else might roll up and drop a warehouse on the land. 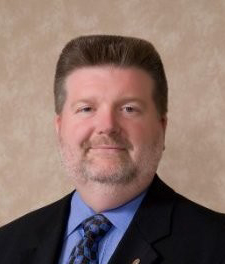 “We want to direct development toward high capital investment job projects,” Hart said, adding that when the plan calls for manufacturing, “The way to make sure that happens is for the county to control (the land).”

The land is also a large chunk of the county’s limited I-3-zoned properties, opening the door to heavy manufacturing uses not permitted in I-2 zoning, which is what the rest of the park falls under.

The undeveloped parcel was last valued at $3.5 million. The sellers, Riley and Helen Lowe, had owned the property since 2004, according to county records. The land is zoned I-3 heavy industrial, The deal, which the Progress-Index first reported, closed in March.

Hart declined to specify the source of the bulk of funds used in the purchase, though he said $3 million was allocated to the EDA by the county Board of Supervisors. He also said there isn’t a specific company in mind to sell the property to. To fill out the park, the county buys land and then turns around to sell it to entities, which develop it.

With the new land in hand, the park consists of about 1,600 acres. Amazon, Niagara Bottling and Capital One are among the companies with a presence at Meadowville. The park also is home to a data center used by Northrop Grumman IT and the Virginia Information Technologies Agency. That property changed hands in 2017.

Riley Lowe proves again that he’s the best land investor in Virginia! He buys it when no one else wants it and sells it to a buyer who has to have it. Smart guy!