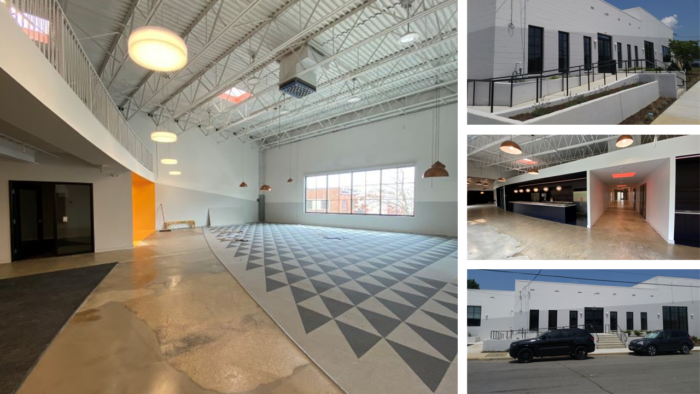 A well-funded West Coast-born credit card startup has a new home base in Scott’s Addition.

Mission Lane, which offers financial services aimed at people who seek to build or rebuild their credit, confirmed Tuesday it is opening an office at 1504 Belleville St. as its new headquarters.

The company in May took over 20,000 square feet in the redeveloped warehouse, which gives it room to grow. It’s one of the bigger office deals in the neighborhood in recent memory. 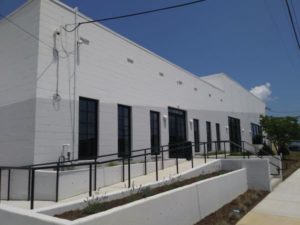 “Our new Scott’s Addition location will give us the space to spread out, so that when it’s appropriate for employees to work in our office they can do so safely,” COO Eric Nelson said in a prepared statement. “Our Scott’s Addition office also allows for expansion, and in the months to come we expect to hire across all areas.”

The company intends to use the space as its corporate headquarters, Nelson said. The company declined to comment at length about the new offices.

Mission Lane was founded as a stand-alone company in December 2018, when it separated from San Francisco-based LendUp, a financial tech company. Under LendUp, Mission Lane served as the company’s credit card division.

Upon expanding into Richmond it initially was based in The Boulders office park on the Southside.

In September, Mission Lane announced a capital raise of more than $500 million in debt and equity. At that time, the company said it had issued hundreds of thousands of credit cards to customers.

The company’s new Scott’s Addition home previously was occupied by Surface Architectural Supply, a reclaimed wood supplier owned by John Freeland. While SAS became a subsidiary of Crewe-based Trout River Reclaimed about a year ago, Freeland continues to own the Belleville property.

He enlisted Thalhimer Realty Partners and principal Jason Guillot to handle redevelopment of the building to get it ready for Mission Lane, which is leasing the space.

Mission Lane was represented in the deal by Christina Jeffries of 7 Hills Advisors. 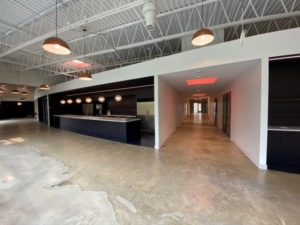 UrbanCore was the contractor and Fultz & Singh Architects the architect that worked on Mission Lane’s new headquarters in Scott’s Addition. (Courtesy Mission Lane)

UrbanCore was the contractor on the project, which was financed by Virginia Credit Union. Fultz & Singh Architects designed the space. PermitZip handled mechanical, electrical and plumbing drawings.

Freeland said the arrival of Mission Lane in the neighborhood is further proof of the area’s growing reputation.

“The selection of the Belleville site solidifies the prominence of Scott’s Addition as the pulsating heart of Richmond,” he said.

Elsewhere on Belleville Street, Northern Virginia-based Bonaventure Realty Group scooped up its third property in the area in June, buying 1700 Belleville St. for $500,000. And Brambly Park, a winery and restaurant that’s a partnership between developers Carter Snipes and Spy Rock Real Estate Group, opened in early June at 1708 Belleville St.