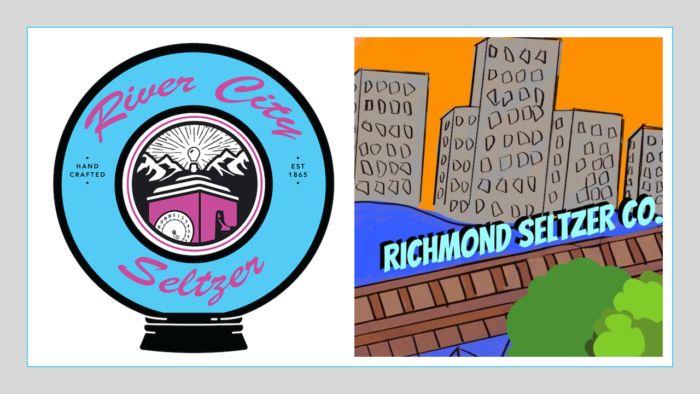 An increasing popular libation is giving rise to a pair of new regional booze brands.

Two hard seltzer companies are in the works in the city: River City Seltzer and Richmond Seltzer Co.

The “seltzeries” will join the ranks of Richmond’s established breweries, cideries, wineries and meaderies. It will attempt to capitalize on the rise of alcoholic seltzer, which has become one of the fastest-growing segments of the alcoholic beverage industry, made popular nationally by brands such as White Claw, Truly and High Noon.

River City Seltzer is a spinoff of Bryant’s Cider, a Nelson County-based cidery that has a local taproom in Shockoe Bottom.

The brand is a separate entity from Bryant’s but will be produced at the cidery’s facilities. Owner Jerry Thornton said their seltzers will be naturally carbonated and made with fermented fruit sugars from apple juice.

“We’re trying to do it in a way that’s completely without processed sugars or flavors,” Thornton said. River City’s seltzers are currently being made and have clocked in at about 4.3 percent alcohol by volume.

Thornton was driven in part to try his hand at seltzers after being unimpressed by some of the national players.

“I’m excited for it because I haven’t liked the seltzers that I’ve drank so far. I’m hoping I’ll like mine more,” he said, laughing.

“In the summertime, I can’t have 7 or 8 percent (ABV) drinks … You can sit down with a 4 percent drink all day and not get smashed, which is what I think a lot of people like about them.”

River City Seltzer is aiming to debut in late August. Thornton said he bought a canning line to sell them both in-house and to go in 16-ounce cans. 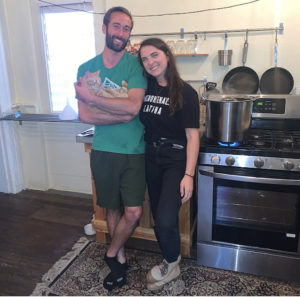 Meanwhile, Richmond Seltzer Co. is also in the works, albeit in its early stages.

Couple Vanessa Gleiser and Iain Gordon are behind the venture. Gleiser formerly worked at Bryant’s, while Gordon’s background is in engineering.

Working at Bryant’s made her fall in love with the craft spirits industry, Gleiser said, and eventually thought about launching her own concept.

“I was originally thinking cider, but thought there’s no hard seltzer in Richmond yet,” she said. “I think a lot of people are going towards seltzer now. I can’t say it’s healthy because it has alcohol in it, but for people that are trying to watch their sugar or carb intake, it’s something a lot of people are leaning toward.” 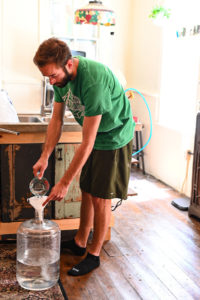 The couple are currently testing recipes and looking for a space.

Gleiser and Gordon are testing recipes, including a blackberry sour seltzer, at their home now. They’re also looking into spicy seltzer.

Gleiser said they’re looking all over town for a space to lease, which they hope to secure this fall.

“Downtown feels like a fun location since it’s kind of close to the river, so people could stop by us before or after they go,” she said, adding that they’re also drawn to Scott’s Addition and Jackson Ward.

Richmond Seltzer Co. ideally would have a tasting room to fit about 10 people. Gleiser said they’d ideally like to get into packaging and have their seltzer distributed at bars and markets around town.

What is with the branding. Does someone know a graphic designer that could help both companies out?