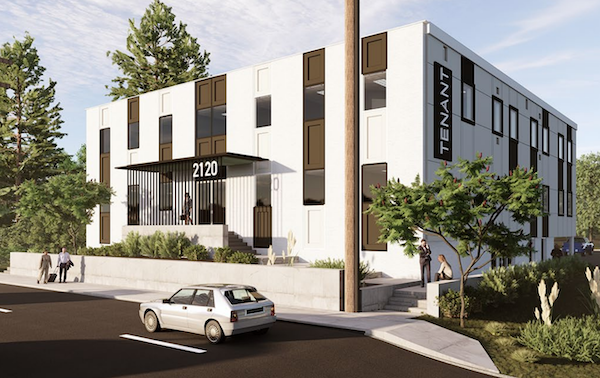 The developers behind a Veil Brewing-anchored project in Forest Hill that’s nearing the finish line are starting their next project near the Willow Lawn area.

Frequent collaborators Charles Bice and Birck Turnbull led a group in the purchase last week of the 17,000-square-foot office building at 2120 Staples Mill Road for $1.1 million. Local general contracting firm UrbanCore Construction is also a partner in the deal.

Bice and Turnbull are behind the Hill Standard project that’s coming together along Forest Hill Avenue, where The Veil is preparing to open a taproom. That project also includes 16 apartments, and The Veil will be joined by Charm School Social Club, Blanchard’s Coffee Roasting Co., Boho Studios and Stella’s Grocery.

The Staples Mill building has been office space since it was built in the mid-1970s. Turnbull said they’re planning to totally gut and renovate the property, a project he said will cost between $1.5 million and $2 million. 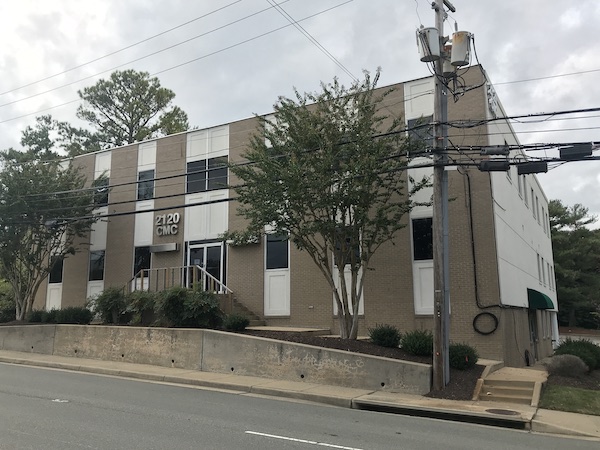 “We’re reusing the footprint and upgrading everything,” said Turnbull, who was part of a group that did a similar office renovation near Willow Lawn in 2013. “We see an opportunity to have office space that’s got a lot of the feel of modern space.”

The deal closed Sept. 23, per Henrico property records, and the property was most recently valued by the county at $723,000. Kerry Riley of Marcus & Millichap represented the seller in the deal.

The building will be split between six suites, each ranging from roughly 2,200 to 3,000 square feet. Turnbull said the project will compete with the office spaces available at the nearby Libbie Mill project.

“Our price point will be right between Scott’s Addition, which has escalated to become a higher-priced one in Richmond, and what you see in Willow Lawn that’s a lot of dated, Class C office space,” he said.

“The new projects at Libbie Mill are geared toward large tenants. Our leasing price point will be competitive with those.”

Turnbull said the building was about 60 percent occupied, but the unnamed tenants are in the process of moving out. He said the hope is to have renovations completed in the first quarter of 2021.

Fultz & Singh Architects is designing the space, and UrbanCore will be the general contractor. Turnbull, who’s also a senior vice president at Thalhimer, will handle leasing.

One of those great transactions where Buyer and Seller come away happy! With market rents between $17-$20 per sf and a vacancy rate of just 3.3% it will be exciting to see what the Buyers are able to accomplish here with the redevelopment.