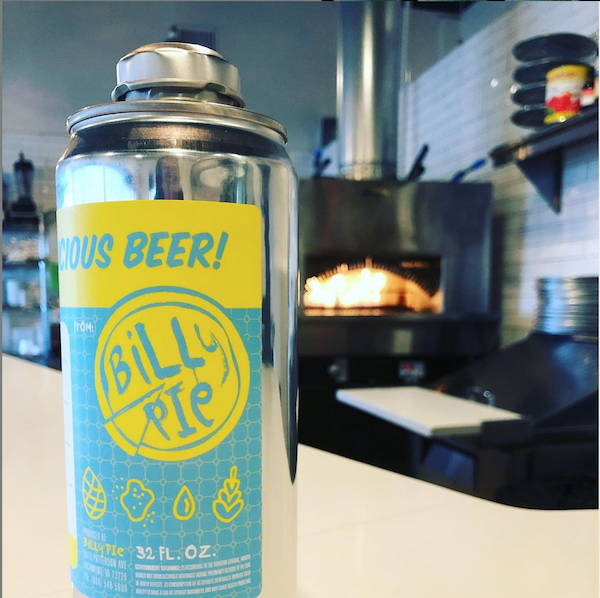 Billy Fallen is shacking up again with a local brewery.

His pizza business, Billy Pie, is preparing to open a satellite location within Basic City Beer Co. at 212 W. Sixth St. in Manchester.

The move to Basic City follows the end of a similar residency he had at Triple Crossing Beer’s Fulton location. Fallen said his contract for handling food for Triple Crossing expired at the end of 2019, and the brewery was planning to focus more on food for catering weddings and other events — something he understood but didn’t have the capacity for.

Fallen eventually linked up with Basic City owner Bart Lanman over the summer. Lanman was already familiar with Fallen’s work and, before long, the two struck a deal for Fallen to open a location in Basic City’s Waynesboro location.

“In our growth plans, the idea has always been to make things as good as we can, or better. This was a step in the ‘or better’ direction,” Lanman said. “To have gone to Triple Crossing a bunch of times and had the pizza that’s high quality and well-executed, I knew it’s a perfect fit for us.” 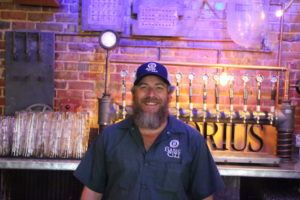 Billy Pie did well enough in Waynesboro that Fallen and Lanman eventually agreed to bring the pizzas to Basic City’s Manchester location.

In lieu of subleasing space, Fallen is paying for his buildout within the brewery and shares a percentage of his revenue with Basic City.

“Putting in these satellite locations, while expensive, is a fraction of what it’d cost to do a full restaurant,” Fallen said. “I can do three satellites in breweries for the cost of one brick-and-mortar.”

Fallen’s lone Billy Pie brick-and-mortar location opened on Patterson Avenue in the West End in 2018, after he sold his wholesale bakery Billy Bread in 2016.

The Basic City Billy Pie in Manchester is set to open within a few weeks, and Fallen may not stop there.

“There are two other Virginia breweries that I’m in talks with now,” he said. 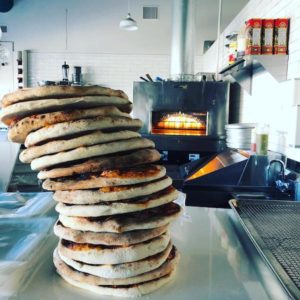 He’s also plotting an expansion of Billy Pie’s frozen pizza operation out of its West End restaurant. In addition to selling hot pizzas, Billy Pie also sells parbaked pizzas that people can finish baking at home. Fallen said he’s seen an increased demand for that during the pandemic.

“I don’t know if you’ve been down the frozen pizza aisles of grocery stores lately, but they’ve been depleted the last six or seven months,” he said.

Fallen is outfitting the Patterson Avenue location to increase parbaked pizza production. He said he’s preparing to begin distributing those pizzas to some local grocers and neighborhood markets, with eventual eyes on getting Billy Pies on the shelves of big box grocers.

“I’m trying to create new business and new jobs for that,” Fallen said.