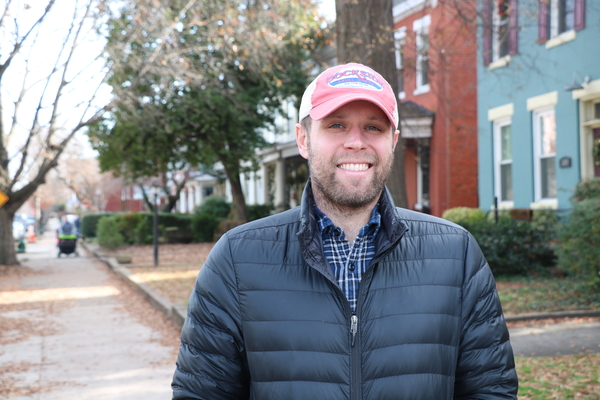 Rob Zorch and his namesake pizza company are preparing to open its first brick-and-mortar location in Carytown. (BizSense file)

Rob Zorch and his namesake pizza company are settling down after two years on the move in a food truck.

His Zorch Pizza is preparing to open its first brick-and-mortar location at 2923 W. Cary St. in Carytown.

Zorch launched the business in late 2018 selling New York-style pizza by both the slice and pie out of his truck at local breweries.

Within a year of setting up shop regularly at The Veil Brewing Co. and Vasen Brewing Co., Zorch began selling out of pizza as his pies gained popularity.

“It was like the spring of 2019 when we started selling out really fast. I was like, ‘Wow, people really like this. This could be something,’” Zorch said. “I’ve never expected it. I just always thought we’d be a little slice truck.” 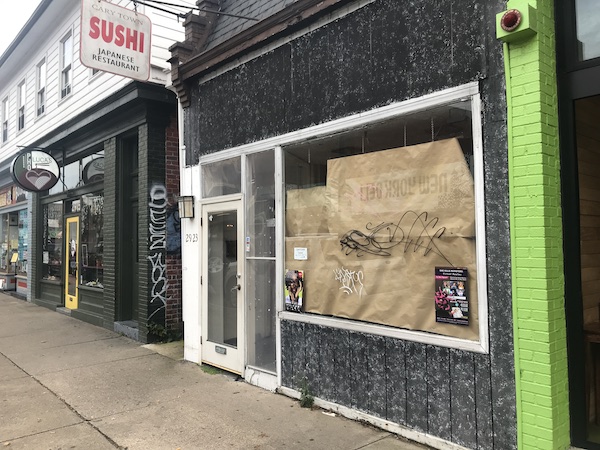 Zorch Pizza will open where Carytown Sushi used to operate before it moved next door. (Mike Platania photo)

Upon deciding to open a shop, Zorch leased the space previously occupied by Carytown Sushi, which has moved next door to 2925 W. Cary St. S.L. Nusbaum’s Graham Sheridan represented Zorch in lease negotiations. 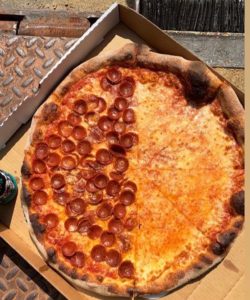 Zorch said he was always focused on landing in Carytown, noting the foot traffic in the neighborhood. He said there’s room there for a by-the-slice pizzeria.

“Ultimately, I want it to be a slice shop. It’ll have the counter and kind of look like your typical New York pizzeria joint. I’m putting the oven in the main space so you’ll see it when you walk in,” Zorch said.

The menu will be entirely pizza, and Zorch said the only additions he’s planning are turning some specialty pies he’s been making into full-time menu items. Zorch’s slices start at about $4 and its pies start at $19.

During the pandemic, Zorch parked his pizza truck at Hatch Kitchen’s corral in Southside and in the summer got back to The Veil on a weekly basis.

Zorch said the truck will continue to operate once the brick-and-mortar spot opens, though it may eventually focus on catering and special events. He said catering requests have been a surprisingly big part of his business, including weddings. 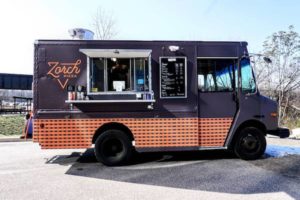 “Some weddings have wanted us to do a late-night snack for after the reception,” Zorch said. “I’ve gotten more inquiries (for catering) over the last year or so. That’s become a big thing.”

Zorch is aiming to open in Carytown in December. He said he’s still in a bit of disbelief about the journey.

This is perfect! Carytown NEEDS a slice shop just like this. And the location is perfect.

Way to go Rob! You will rock it in Carytown! The best pizza in Richmond hands down!