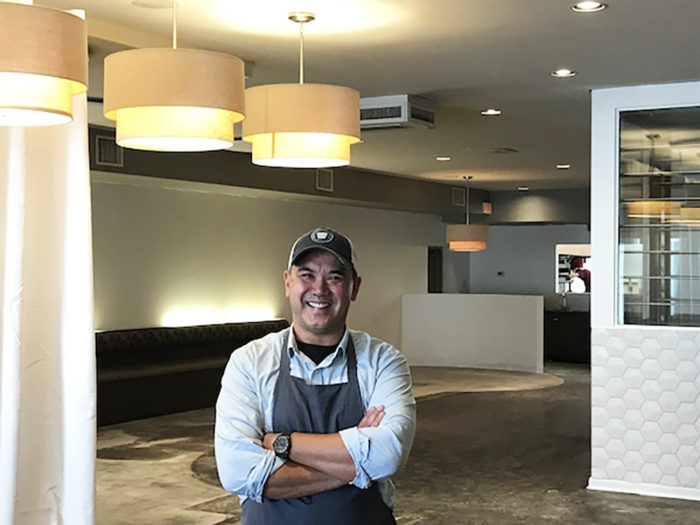 Mike Ledesma is preparing to open InstaBowl in the Fan later this month. (Mike Platania photo)

Mike Ledesma has a new Fan restaurant in the works that’s seemingly purpose-built to withstand the pandemic’s headwinds.

The longtime local chef and restaurant industry veteran is working to open InstaBowl in the former Acacia Mid-Town space at 2601 W. Cary St.

Ledesma opened his first concept, the Pacific Island-inspired Perch in Scott’s Addition, in 2018.

InstaBowl will offer similar flavors to those found at Perch, but the new spot will be takeout and delivery-only, serving primarily bowls and other dishes that travel well.

Ledesma said he’s been doing a sort of market research as he pondered the new idea — getting takeout from different places around town that serve bowls — and has been asking himself how he can improve the takeout dining experience.

“If we stay in a pandemic where people are uncomfortable with dining in, how can we elevate getting takeout and dining at home? How does (the food) travel so that when you slide it onto a plate, it still looks good?” Ledesma said.

“InstaBowl will take something that’s very familiar, but have a chef that’s been trained at Perch cook it. It’ll be a little bit more elevated than usual.”

Ledesma has also cooked up some ideas to make the takeout experience more immersive.

“We’d like to include a card with dishes, basically saying ‘Thanks for ordering, here’s a playlist to go with it and the inspiration for it. Imagine yourself at the coast of Hawaii or on the West Coast,’” he said.

In addition to bowls, InstaBowl will also offer salads, sandwiches and more that Ledesma describes as “very flavorful, casual food.” 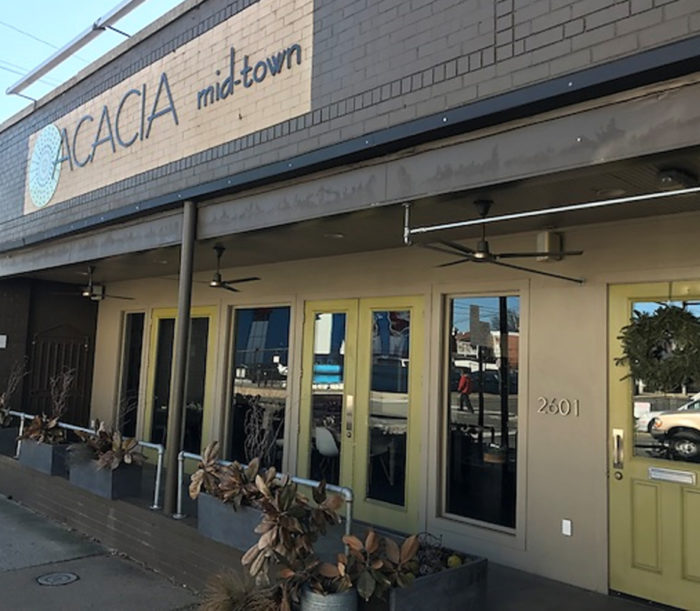 InstaBowl will be taking over the former space occupied by Acacia. (BizSense file)

The process of taking over the Cary Street space began in January, when Acacia closed after more than 20 years in business. One of Ledesma’s business partners purchased the building that month for $1.2 million.

“Prior to the pandemic we were going to do a restaurant — open up the ceiling, make it really bright and have a really cool spot,” Ledesma said. “Then March hit.”

Ledesma’s group initially began rethinking a new use for the spot over the summer and settled on the InstaBowl concept. In a post-pandemic world, Ledesma said, he’d still like to do another traditional restaurant and let InstaBowl be a platform for its chefs to try new things.

“If it gets traction and succeeds, I’ll do another restaurant and this will keep doing what it’s doing,” he said. “In the future I’d like to make (InstaBowl) like an incubator kitchen where chefs can brand themselves and make their own cuisine.”

InstaBowl is aiming to open within a few weeks.

Perch, meanwhile, has stayed busy thanks in part to its catering business and outdoor dining, preparations for which Ledesma said he started making over the summer. Plenty of other local spots have done the same and are now finding ways to have outdoor dining in the colder months.

“I bought propane heaters in September and we were some the first ones to get the tents,” Ledesma said of Perch. “We had to move quickly on decisions. If you’re flat-footed, you’re not going to succeed. You really have to be on your toes every day in the pandemic.”

Ledesma said he’s leaned on keeping his and his staff’s attitude positive as they’ve weathered the pandemic.

“I told my team, ‘I want us to always have the mindset of being successful, whether it’s fine dining, casual or carryout,’” he said. “In these times it’s very easy to go down the rabbit hole of, ‘Oh we’re not going to be able to get out of it’ and get stressed. We want to stay positive and show there’s ways to be successful in a down market.”

Until now I thought these places were plumbing supply stores selling high-end toilets.