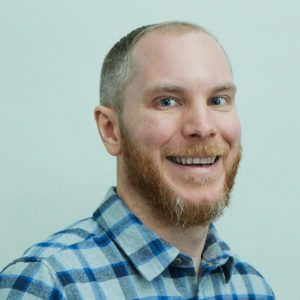 An apparel sector veteran has a new venture up his sleeve.

Patrick Healy earlier this month launched Heylow, a casual menswear brand. The company’s mainstay product is a casual button-down shirt priced at $125 each. It also sells T-shirts, hoodies and accessories.

Heylow is strictly an e-commerce operation, selling its products directly to customers via its website. The company doesn’t have any plans to open a brick-and-mortar store, partially because of Healy’s familiarity with the e-commerce model (his previous gigs have been with companies focused on online sales) and partially due to the expense of standing up a shop.

Though the concept was being formulated pre-pandemic, the recent shift toward work-from-home among many employers and the corresponding change in what counts as work clothes provide an opportunity for Heylow to capitalize on.

“The circumstances made it more viable,” Healy said. “It just so happened that the trend toward casual attire was increased exponentially by the pandemic.”

The company hopes to carve out a niche through its button-down shirt line’s focus on a range of reversible styles. The shirts are also mostly made with recycled materials and cut to be worn untucked.

Some version of Heylow has been on Healy’s mind for about a decade, but he didn’t have a chance to launch it until he was laid off after a five-year stint as design director at Tortuga Backpacks due to the pandemic. Prior to his time at Tortuga, Healy co-founded Modern Industry, an apparel and bag company that was based in San Francisco.

“After a couple years (at Tortuga) I realized I wanted to start something again,” he said.

Healy is Heylow’s only employee and he works from a home office in Henrico County. The Hampton Roads native graduated from Virginia Tech in 2007, where he studied industrial design. He then worked as a graphic designer in Richmond and Hampton Roads. Healy also holds an MFA in that field from the Academy of Art University in San Francisco.

Healy initially wanted to do design in the tech space. But his search for employment during the Great Recession brought him to the world of apparel.

“If you asked me at any point up until about 2011, I would have expected to be designing tech products from headphones to robots at this point in my life,” he said. “At the same time, it’s something I’ve been involved in since high school when I helped design merch for friends in bands. That escalated in college at the start of the Great Recession, when my search for any design-related job led to me working for a screen printer as a graphic designer.”

Heylow designs his products, which are then manufactured in small quantities at a facility in China. The shirts are made to order, and shipped from the factory to customers directly.

“I had to find ways to leverage high tech manufacturing and low volume, but scalable production in order to deliver the product that I believe fills a hole in the market,” he said.

The brand also has a digital magazine and plans for an email newsletter and membership program, all intended to provide lifestyle and self-improvement advice for customers. He said those elements are key to building a lifestyle brand because they provide an added value beyond the clothing.

“Especially in a time of coronavirus and in a time of polarization, there was a need to give people the tools to improve their happiness,” Healy said.

In other recent news in the local clothing scene, men’s shirt maker Ledbury has been able to weather the pandemic with a pivot to face mask sales. Charlottesville-based BitterSweet Boutique recently expanded into Richmond with a Carytown storefront. And Rosewood Clothing Co. traded Jackson Ward for the Museum District.