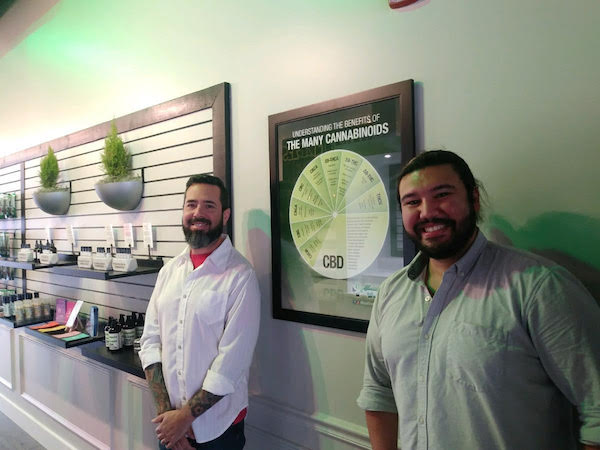 As its owner watches with interest the discussions of potential marijuana legalization in Virginia, a local cannabidiol oil retailer has sprouted a second location in as many years — this time in Short Pump.

Kultivate Wellness, which sells CBD oil-based products such as edibles, tinctures and topicals, opened at 12171 W. Broad St. within the GreenGate development in late November. The 2,500-square-foot spot was previously home to a Ginger Juice location.

Kultivate owner Evan Somogyi said the shopping center’s tilt toward the health sector motivated him to plant his flag there. GreenGate is anchored by a Lidl grocery store and is home to several restaurants.

“We’re definitely able to pick up on the people who are in the area. We have three fitness studios, two of them in the center and one across the street,” Somogyi said.

GreenGate’s residential sections also are a draw, as local joggers are a built-in audience.

“We can always see them over the weekend slow down right here and then they will go home, get their wallets and come back,” said James Brooks, the general manager of Kultivate’s two locations.

Kultivate’s first location opened in 2018 at the Village Marketplace shopping center in Chesterfield County. Somogyi also owns Kulture, a chain of head shops, which he founded 21 years ago and has grown to four locations throughout the region.

Recent rumblings in the state capitol about marijuana legalization bode well for Kulture, which Somogyi has long envisioned as a place that would sell marijuana. Should marijuana be legalized, Somogyi expects there will still be a market for CBD.

“The end game (for Kulture) has always been legalization when it happens,” he said. “With the current medical program, there are just the five (licensed producers and sellers in the state) and there’s no room for the little people right now. I think that by 2022, we’ll see it and I’ll definitely try to get a piece of it. I think there are still people who will want the medicinal benefits without the high.”