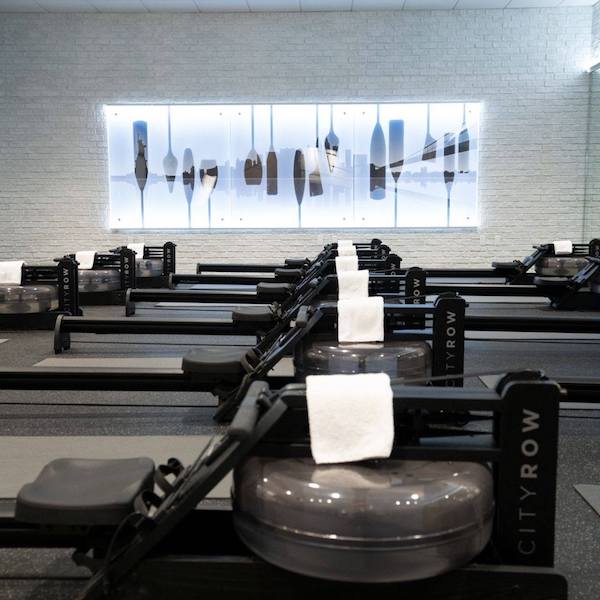 The national fitness chain CityRow offers classes that use primarily a rowing machine but also incorporate weights and aerobics. (Courtesy of CityRow)

The newly opened Carytown Publix is getting another new neighbor.

Rawlings, who also is the franchisee of the Carytown location, said she discovered CityRow and the concept of rowing due to a health issue she has that precludes her from doing any high-impact exercise.

“The search became, ‘How do I get my cardio without impact?’ Then I discovered rowing and it just sort of spiraled from there,” Rawlings said. “I thought that if I can do it, I bet there are a lot of people in the Richmond area who are in the same boat I’m in, whether it’s because of a health condition, injury or aging.”

While CityRow’s 50-minute classes are based on rowing, Rawlings said its offerings are high-intensity interval workouts that incorporate weights ranging from 5 to 25 pounds.

“Our signature format is intervals on and off the rower so we’re doing a total body workout. You’ve got cardio on the rower and strength training off it,” she said. “Everyday the workout is different.”

CityRow also sells rowing machines starting at $1,500. The Carytown location will be the brand’s 12th nationally, and Rawlings said she’s hoping to have it open in July.

At full capacity the new studio will have room for up to 17 rowers, however Rawlings said that number will likely be lower based on the maximum amount of people allowed by state regulations due to the pandemic. Rawlings said she’ll seek to have a staff of about five and have about six instructors in Carytown.

She said she’ll look to further expand hers and CityRow’s local footprint once the Carytown spot is open.

“When we bought into it, we went in with the idea we’d have three locations,” she said, noting that she’d initially envisioned having a location somewhere in the Southside but hasn’t finalized anything. 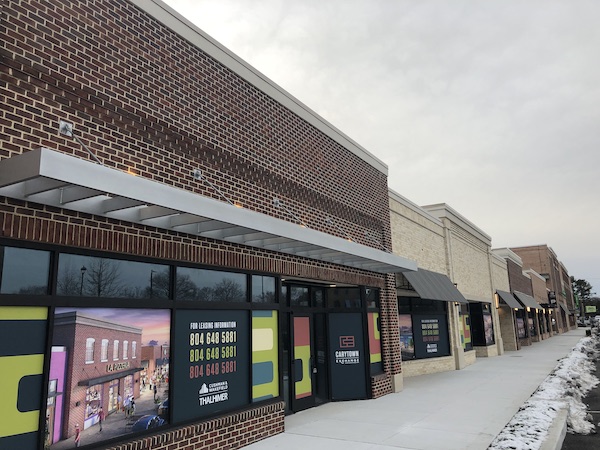 The fitness studio will open in an outparcel of the Carytown Exchange facing Ellwood Avenue. (Mike Platania photo)

Regency Centers is the developer behind the $40 million Carytown Exchange, which spans 120,000 square feet and takes up nearly an entire city block. Publix, the project’s anchor tenant, opened in December.

CityRow will open in suite E-130, which faces Ellwood Ave. It’s the fourth tenant to sign on for the project following Publix’s opening. Mattress retailer Sleep Number signed on in late December, as did Chase Bank, both of which are planning to open in the Cary Street-facing outparcels of the development, which have yet to go vertical.

The Virginia ABC is also signed on for the Exchange as it plans to leave its current Carytown store at 10 N. Thompson St. across the street in April 2022.

Just to the north of Carytown Exchange, an assemblage that had been eyed for a hotel recently traded hands.

Hi Rod,
Our classes are a combination of rowing intervals with strength training using our own body weight and/or dumbbells. We have 4 different class formats. I believe we offer something for everyone!