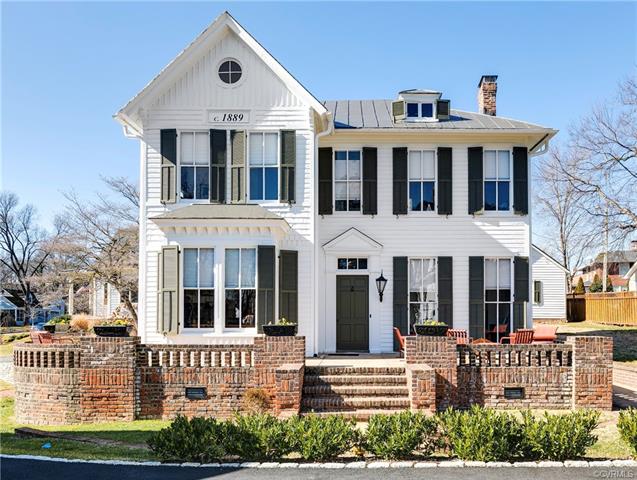 The circa 1889 Marburg House has been listed for sale. (Photos courtesy of CVRMLS)

When William Lipps stepped in to save the 19th century Marburg House from the wrecking ball seven years ago, he said he expected to live out the rest of his days there after completing what would be his third and final home restoration.

Now, with that restoration finished and with Lipps needing to be closer to his parents in Gloucester, the preservationist and 30-year Richmond resident is on the hunt for the next owner of the 132-year-old house, the oldest in the city’s Byrd Park neighborhood.

Lipps put Marburg on the market last week, with an asking price of $924,000. He listed the 3,200-square-foot house with Joyner Fine Properties’ Betsy Dotterer, who helped him buy it after he convinced a team of local developers to work the house into their plans for an infill subdivision, rather than raze it to fit more homes. 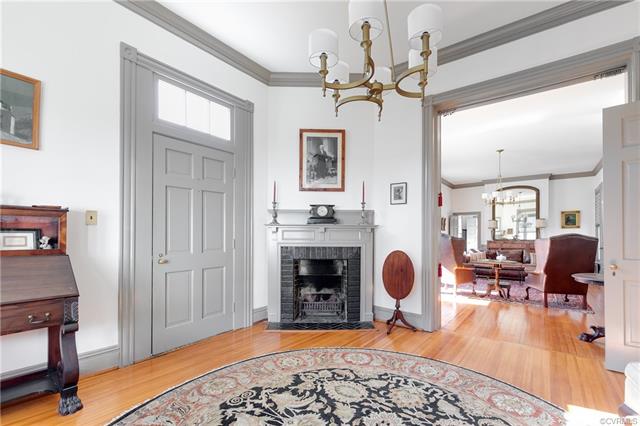 The house also has gotten new neighbors in that time, with four homes filling out what had previously been a 1-acre lot, reduced from the five or six homes originally planned.

The resulting subdivision — called Carillon Place, for the nearby Carillon bell tower that’s in view of the homes — represents a compromise of sorts between Lipps and the developers, Ben Partridge and J. Mark Slack, who finished the last of the four new homes last year.

Lipps said they had put competing offers on the property, which he had been eyeing for decades, when they reached a deal to sell him Marburg and a portion of the lot.

“I was at a party in 1990 two doors down from this house, and it looks exactly like my great-grandmother’s house in Northern Virginia, so I was always attracted to it,” Lipps said. 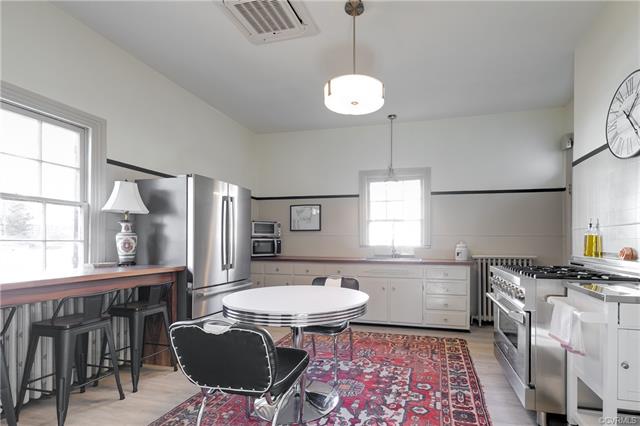 The kitchen was updated.

“I’ve modernized a few things, but I didn’t go all crazy modern,” Lipps said. “Everything’s up-to-date. But if somebody walks in, you’ll still be able to know it’s an old house.

“If somebody’s looking for an old house that’s been completely renovated, this is not that. It still has the plaster walls, a few cracks here and there. It’s got the patina that you’re looking for in an old house.”

Totaling 11 rooms with four bedrooms, two bathrooms and two half-baths, the two-story house includes 11-foot ceilings, refinished flooring, five fireplaces and a second-floor back porch. The property includes a 490-square foot cottage that could be used as a studio/office or guest house.

Since listing the house on Valentine’s Day, Dotterer said she’d lined up several showings by the time those started over the weekend. She said she’s marketing the listing in area publications and on social media.

With his move, Lipps said he will take on another restoration project while being closer to his parents, who he said are in declining health.

“I’m actually looking at a farm near Tappahannock, which is close to where my parents are,” said Lipps, a doctor of pharmacy at the Veterans Affairs Medical Center. “I have one more left in me. I’m only 52.” 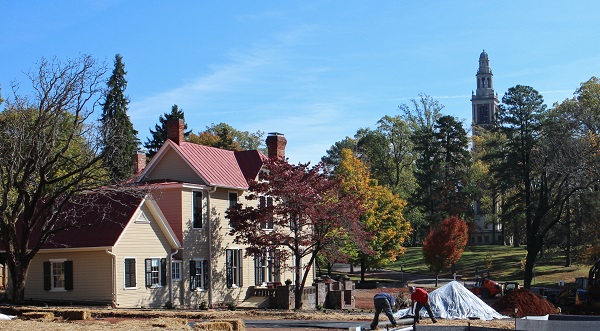 Site work on the Carillon Place homes beside Marburg started in 2015. The namesake Carillon bell tower is visible in the distance. (BizSense file photo)

Meanwhile, the last of the four new Carillon Place homes remains on the market, with the three other houses having sold in recent years at prices just below or above $1 million. The last house, a 3,500-square-footer at 3028 Rugby Road, is listed at $1.27 million after several drops in price.

The is NOT the Byrd Park neighborhood we are on the other side of the park. The home is adjacent to Park itself. This is part of the Carillon neighborhood.

Magnificent house and well worth saving. Best wishes to the new owners!