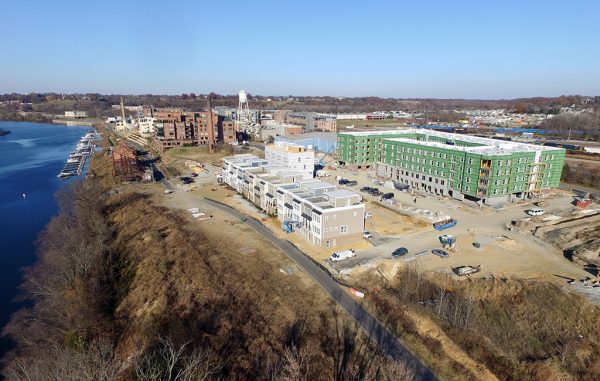 The proposed budget contains no increases in real estate, personal property or other general taxes. It does include a proposed utility rate increase of $5.27 a month for the average customer. The increase would fund more than $3 million in infrastructure improvements to address flooding in Southside and other parts of the city.

The proposed operating budget and FY22-26 Capital Improvement Plan (CIP) include a two-step salary increase for sworn police officers and firefighters; an hourly wage increase for city employees making $12.07 per hour to $13 per hour; and nearly $6 million to implement recommendations of a compensation study.

Other funding highlights include:

The mayor’s budget presentation and remarks are posted here. The FY22-26 CIP is available here.

The Richmond City Council meets Monday with a special meeting at 4 p.m. and regular session at 6. Agendas available here.

Business for the special meeting includes presentations from Mayor Stoney on his draft equity agenda and from economic development staff and consultants on a market analysis of casino proposals.

Regular meeting business includes a vote on proposed amendments to the zoning ordinance related to establishing emergency, transitional and permanent supportive housing uses in the city. The amendments would update definitions that do not align with social service terminology and current housing practices, and shift a number of those uses from conditional to permitted uses that can be approved administratively.

The council will consider a special-use permit request related to Commonwealth Catholic Charities’ plan to develop 56 income-based apartments on about 3.25 acres at 1031 and 1101 Fourqurean Lane near Highland Park. Also on the consent agenda, Thalhimer Realty Partners seeks to rezone the Wesco Distribution site at 2902 N. Arthur Ashe Blvd. from heavy industrial use to TOD-1 Transit-Oriented Nodal District for a multi-story development. Both requests received support from the Planning Commission last week.

No business is included on the meeting’s regular agenda.

Also deferred from last month’s meeting is a proposal from Hundred Acre Woods Inc. for a zero-lot-line residential development on a 33-acre tract at the terminus of Opaca Lane near Wyndham Forest. The case was previously deferred in January to give the applicant time to address staff concerns.

HHHunt is looking to increase the number of condos for its “The Corner at Twin Hickory” development from 90 to 105. That request also was deferred from the February meeting. The project received an initial rezoning recommendation last fall for an office building and up to 90 condos on nearly 10 acres in the northeast corner of Pouncey Tract Road and Twin Hickory Lake Drive.

Less commercial use sought for undeveloped blocks in Rocketts Landing

The 168-acre site is on the south line of Lauderdale Drive at its intersection with John Rolfe Parkway.

Henrico supervisors meet at 7 p.m. Tuesday. Public hearing items include a rezoning request from developer Louis Salomonsky for a subdivision with nine zero-lot-line homes on nearly 3 acres on the south line of Church Road west of Guyana Drive. The Planning Commission recommended denial, and planning staff does not support the request. Full meeting agenda here.

County staff will pitch the proposed fiscal year 2022 budget to the board during the meeting. Staff will go over financial policies, year-to-year changes, staffing changes and other topics related to the budget. The county’s proposed budget has a $806.8 million general fund, which is an increase of $84.9 million (11.7 percent) compared to the adopted FY21 budget. The proposed budget can be viewed here.

The public hearing on the county budget is slated for March 24. The budget is scheduled for adoption on April 7. Several virtual community meetings will be held March 11-23.

Also on the board’s agenda is a conditional use and rezoning application filed by Schell Brothers Richmond LLC that would pave the way for a 669-unit development off Bethia Road in the Matoaca District.

The Hanover County Board of Supervisors is scheduled to meet March 10. Full agenda here.

The board will weigh approval of a rezoning request filed by Rogers-Chenault to rezone about 51.5 acres for a mixed-use development of 100 age-restricted townhomes and commercial space located on the north side of East Patrick Henry Road at Providence Church Road, which is near the Hickory Hill subdivision in the Beaverdam District.

About 42 acres of the land under consideration would be rezoned for the townhomes as well as retail, office and restaurant uses. The remaining 9 acres would be used for additional commercial space that could include a drive-thru fast food restaurant.

I would put 60 million into street construction and 10 million into sidewalks. I wounder would the city of Richmond be able to work out something with the Cares Act to get a one time shot of 50 to 100 million to pave streets and replace sidewalks on top of what they planning to use city dollars for or ask the feds if they could match the 33 million they plan to put in?

At the least next year they could put 50 million in due to all the new redevopment projects coming on line in the city limits bringing in new tax dollars.