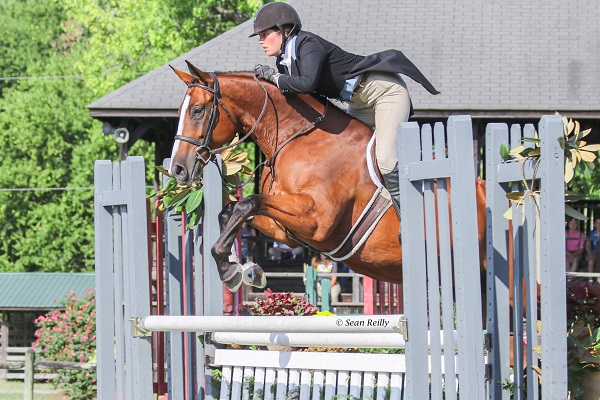 Rosalie Morton and her horse, Effie, competing in a show at Deep Run Hunt Club. (Photos courtesy of Rosalie Morton)

In an age of anxieties surrounding the pandemic, Rosalie Morton has found solace — as she always has — on her horse.

The executive with public relations firm Padilla has been riding since she was big enough to, developing a passion and pursuit that has helped her through the past year of social distancing and indoors avoidance.

“It’s been something that’s been a great way to unwind, to forget about everything that’s bugging you and detach from reality and spend time with a really cool animal,” Morton said.

“It was such a nice release, especially early on in the pandemic, when we really had no idea what was going on and how tragic it was going to end up,” she said. “It was really helpful to me to still be able to go to the barn and have that as that place of relaxation where you kind of forget about everything else that’s going on.”

Morton, who has worked a decade with the firm and was promoted last year to a vice president role, started riding when she was 8 on her grandparents’ horse farm in Northern Virginia. The 35-year-old California native rode through high school and college, attending undergrad at UVA on her way to an MBA at VCU.

“As soon as I was allowed to get in the saddle, I did,” Morton said.

These days, she rides two or three mornings a week at Applegarth Farm in Manakin-Sabot, where she keeps Effie, her 7-year-old horse that competes under the name Suffragette. They participate in the regional horse show circuit through the Capital Horse Shows Association, with events at Deep Run Hunt Club and other venues. 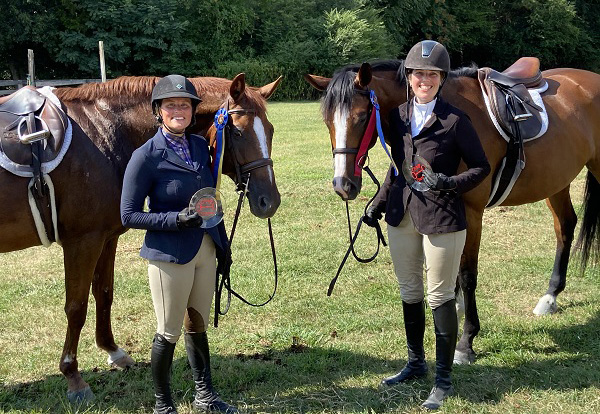 Morton, at right, has won several shows, including a year-end championship last year in the junior amateur hunters division.

“She was 4 when we bought her, so she didn’t know very much, but we’ve brought her along and turned her into a nice show horse,” Morton said. “It’s fun to grow along with your horse.”

On top of competing, Morton also helps put on events as a board member of the Deep Run Horse Show Association. The group puts on several shows a year, including one that Morton said is the premier level of show put on in the U.S.

Morton has owned several horses over the years, including a race horse in Louisiana that she had an ownership stake in. But she said Effie has proven to be a standout. 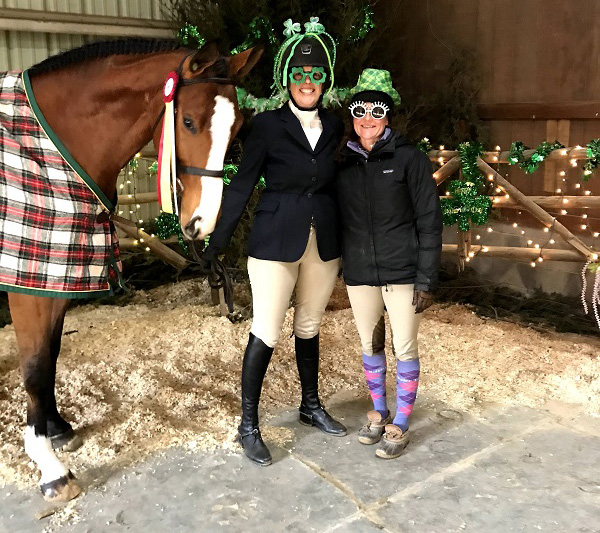 Morton, center, and Effie at the Barracks barn in Charlottesville.

“When I was interested in buying Effie, she was actually the first horse we looked at, and there was a little bit of trepidation, like, ‘Oh, are we springing on the first one?’ I had to say to myself: you’ve owned a lot of horses, you don’t need to look at another one just to look at another one. If this one’s the right one, go for it.

“She really has ended up being a really fun horse,” Morton said. “I think probably one of my favorite horses I’ve ever had.”

Still a fan of horseracing, Morton welcomed the recent revival of Colonial Downs, which she noted has far-reaching impacts for the region and the state.

“It was really fun to see horseracing come back to Virginia. It’s a gorgeous track, the second-largest turf course to Belmont,” she said, referring to the Belmont Stakes in New York that makes up the final leg of horseracing’s Triple Crown.

“Bringing racing back to Virginia has an impact on the horse industry far beyond what the track brings,” she said. “We ended up with a Virginia-certified program, where by bringing your horses to Virginia you could qualify for certain purse levels. It supports the hay people. It supports the vets. It’s much bigger than just seeing the track come to life. It brings a whole industry along with it.” 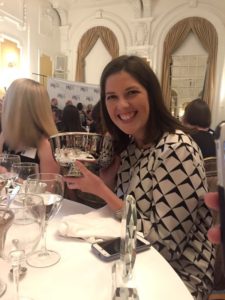 Morton picking up a best-in-show for Padilla at the PRSA Richmond awards.

When she’s not riding, Morton is at work helping brands with communications and messaging. In her new role at Padilla, called vice president of channels, she oversees paid media, social media and media relations for clients including Dole Fresh Vegetables, Pure Maple From Canada and Winnebago Industries.

After picking up a master’s in marketing communications at the University of Southern California, Morton interned at CRT/Tanaka, the Richmond firm that brought Padilla to Richmond when it was acquired in 2013. She now works out of the Minneapolis-based agency’s local office in Manchester, working remotely for the time being.

But before work most mornings, Morton returns to Effie and the sport that she said helps to keep her life balanced.

“It’s so different from my work day-to-day. It’s a really great way to start the day out,” she said. “I tell people that it’s like my equivalent of yoga or spin class. It’s my morning retreat.”

This is the latest installment in our Downtime series, which focuses on business people’s pursuits outside of the office. If you, a coworker or someone you know around town has a unique way of passing time off the clock, and getting through the pandemic, submit suggestions to[email protected] For previous installments of Downtime, click here.