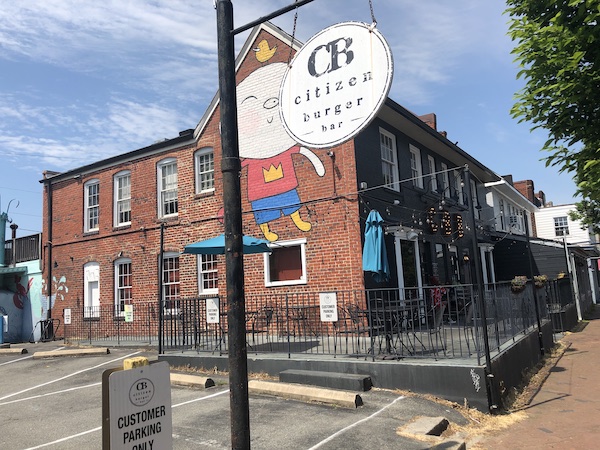 The owner of the restaurant on the eastern end of Carytown has secured its home by buying it. (Mike Platania photo)

A restaurateur from Hooville has become his own landlord in Carytown.

“It’s every restaurateur’s dream to own the building they operate in, and I am so happy and proud to be the new owner of this Carytown landmark,” McClure said via text.

Donlon bought the building for $926,000 in 2011 but has since moved to Florida and found it was tough to be a landlord from afar.

“To me, it made more sense to sell to someone I knew and who cared about Richmond and that little piece of real estate, which I think is a jewel in Carytown,” Donlon said.

“Even through all the COVID problems the hospitality industry had, (McClure) was able to do his part and I did my part as far as giving him breaks here and there to get through it, like reduced rent.”

The deal closed earlier this week, according to city property records. The 71-year-old building was most recently assessed by the city at $1.29 million. 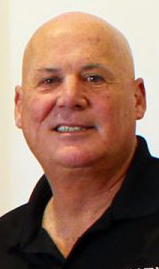 Citizen Burger Bar arrived in Richmond in 2016 after McClure bought the assets of the building’s previous tenant, Portrait House. Donlon said he put the building on the market last fall and entertained some other offers but went back to McClure to give him a chance to buy it.

“As two friends we just sort of worked it out. I wanted him to control his own destiny,” Donlon said. “I thought I’d own it forever and live in Richmond forever, but life goes on.”Donlon co-founded tech startup Uzurv in 2016, but the company has since seen a change in both business plan and leadership. After starting as an app that allowed users to reserve rides through Uber and Lyft, Uzurv has pivoted to offering non-emergency medical transportation services.

Donlon said he’s still a shareholder at Uzurv, but his brother, John, is now the company’s CEO.

While the deal with McClure means Donlon no longer has to care for Citizen Burger’s building, the sale contract did include an unusual clause that gives him a reason to come back to Richmond every now and then.

“I get a couple free burgers every time I’m there in Richmond,” he said, laughing. “I’m serious. I made that part of the contract.”

Meanwhile, one of Citizen Burger Bar’s neighbors in Carytown is preparing to take on a new construction project. 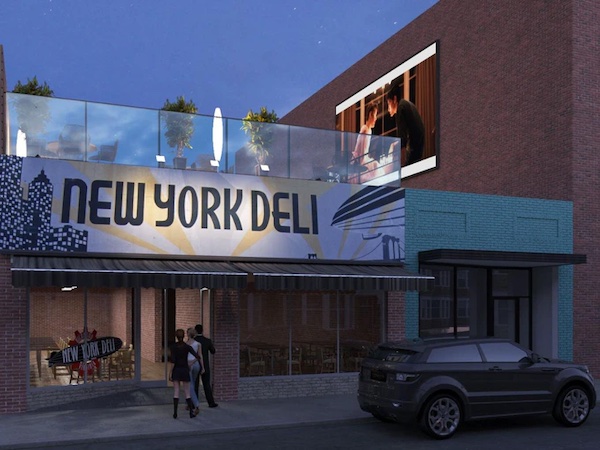 A rendering of the rooftop bar and event space New York Deli is aiming to build. (Courtesy of Kickstarter)

New York Deli at 2920 W. Cary St. announced plans this week to build a rooftop bar and event space on the roof it shares with Bygones Vintage Clothing.

New York Deli is looking to crowdfund part of the project, with a Kickstarter campaign that’s seeking to raise $145,000 by late June. As of press time, the campaign had raised over $21,000.

Love the rooftop space going in at NY Deli! I hope more restaurants will do this, as well as creating more outdoor dining opportunites. Expanding outdoor dining may be one of the few good things as a result from the pandemic.

Let me make sure I understand this. They want to expand their business but rather than actually invest in the business themselves they are begging other people to give them money? Will these people become part owners and share in the profits?

If you visit the Kickstarter page you’ll see they are promised either a meal, a private event, or a caterer event for their contribution. The downside of Kickstarter is the person offering it isn’t held up to what they promise in any way.