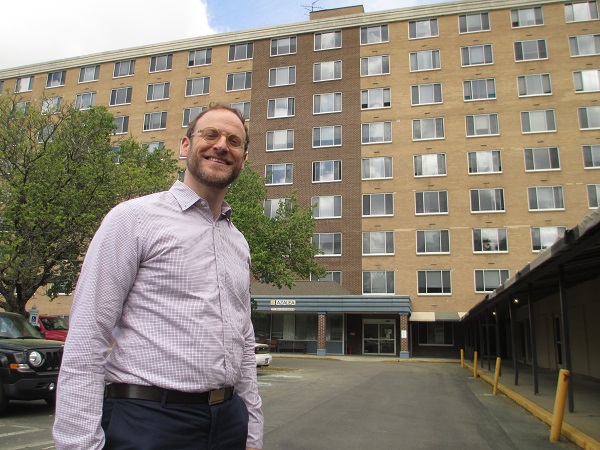 Barry Zolty of Brentwood Investment Group at Imperial Plaza, which the new ownership is rebranding as Legacy at Imperial Village. (Jonathan Spiers photos)

Two months after buying Imperial Plaza with plans for a multimillion-dollar upgrade, the new owners of the senior living community in Richmond’s Northside have begun renovations after closing its assisted living and memory care wing.

Efforts to transition the decades-old complex into a so-called 55-and-up “active adult” community are underway, with work started on some of the buildings’ units and hallways and the first of several planned amenities added.

A putting green and bocce court have been added to a courtyard and a pickleball court is on order for the southern side of the campus, which eventually is planned to also include a pool.

Hallways and common areas are being touched up with new paint and lighting, carpet is being pulled up and replaced with hard-surface flooring, and preparations are being made to overhaul the wound-down assisted living wing into additional rooms for independent-living residents.

“Things are happening every day there,” said Barry Zolty, a principal with New Jersey-based Brentwood Investment Group, which purchased the complex in late February with New York-based Bluestone Group.

The groups paid $75 million for the 26-acre, multi-building complex at 1717 Bellevue Ave., and they said they’ll be putting several million more dollars into upgrading the 1960s-era buildings, which loom beside Interstate 95 across from Bryan Park. 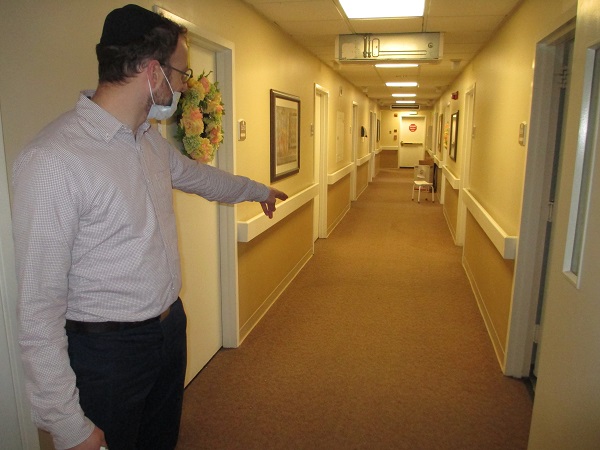 Zolty points out features to be renovated. Carpet flooring throughout the complex will be replaced with hard-surface flooring.

In the weeks following the deal, the groups informed residents that they would be closing the assisted living wing and that residents there would need to be relocated within 60 days. While that move caused consternation among some residents and their families, Zolty said over 95 percent of the wing’s residents have been successfully placed at other assisted living facilities.

Zolty said a majority of those 100 or so residents are now at Blue Ridge Senior Living of Richmond, an assisted living facility in Henrico County that Imperial has referred to as a sister community.

He said a few assisted living residents who could not be relocated are continuing to receive care at Imperial.

Zolty said they’ve been in touch regularly with the Virginia Department of Social Services over the course of the relocations, adding that the department has been pleased with the process. Attempts to confirm that with DSS were not successful.

A DSS inspector who Zolty said has been involved in the process deferred comment to the department’s main office. A message left with that office generated a response last week, but a comment from DSS was not provided in time for this story. An email sent to a department spokesperson was not returned.

Envisioned by the new owners as solely for independent living, the 950-unit complex is in the process of being rebranded as Legacy at Imperial Village.

Zolty said the change is a return to Imperial Plaza’s roots after later owners introduced assisted living and memory care components, which he contends are better suited to smaller-scale, garden-style communities than Imperial’s tall, multistory towers.

“That definitely changed the flavor,” Zolty said of the introduction of assisted living at Imperial. “Our focus is on undoing that and bringing a fresh breath of life here.” 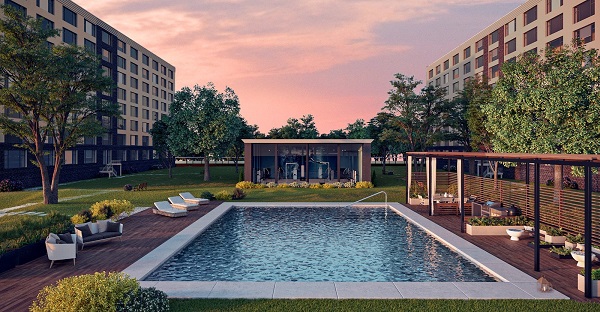 A conceptual rendering of the pool that’s planned for the complex. (Renderings courtesy of Legacy at Imperial Plaza)

Ohio-based Pollak Innovative Management Partners has been brought in to enhance the buildings’ dining options, which will include a remodeled café, sports bar and restaurant, as well as to-go meals that Zolty said will replace a previous meal plan model.

The complex also has a pharmacy, convenience store and auditorium, the latter of which is to be converted into a fitness center and community room that would be opened up to connect to the new pool.

Zolty said they’re aiming for building renovations to be complete within three months, with unit upgrades and the larger amenities to follow.

Residents have been told that rental rates will not be increased right away, though Zolty has acknowledged that rates are planned to increase as renovations are completed. He said the average rental rate for units is currently $1,100 a month.

Jane Owen, a 14-year resident at Imperial Plaza, said the changes are welcome after what she described as years of decline over several ownership switches.

“The plans for the place sound really good,” Owen said, adding that she moved to Imperial Plaza expecting the “active adult” lifestyle that the new owners are describing.

“That’s what I thought it was when I moved here,” she said. “I’ve seen it slide. I’m really interested in seeing the big changes in the building.” 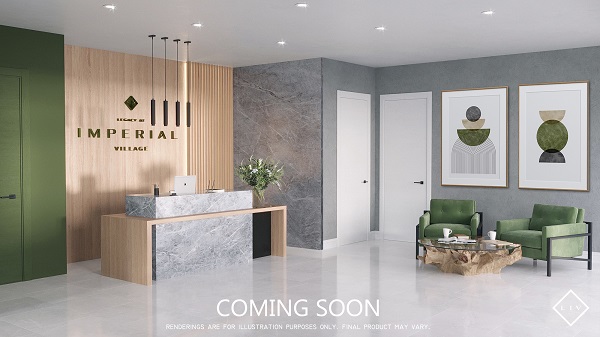 Renovations at Legacy at Imperial Village will include a remodeled leasing office.

Brentwood’s other Richmond-area holdings include the 219-unit Canterbury Square Apartments in Henrico and the 218-unit Ashland Towne Square apartments in Hanover, which it purchased in joint ventures with Virginia Beach-based United Property Associates in 2019 and 2018, respectively.

It also owns Carriage Hill Apartments, a 297-unit complex at 7098 Fernwood St. in Henrico that it bought in 2019 for $32.2 million from Alexandria-based Bonaventure Realty Group.

The renovations at Imperial come as another senior living community in the region recently marked the completion of a nine-figure expansion.

In addition to the new units, the facility includes residential and industrial kitchens, dining spaces, a formal area with a fireplace, a family room and private meeting areas.