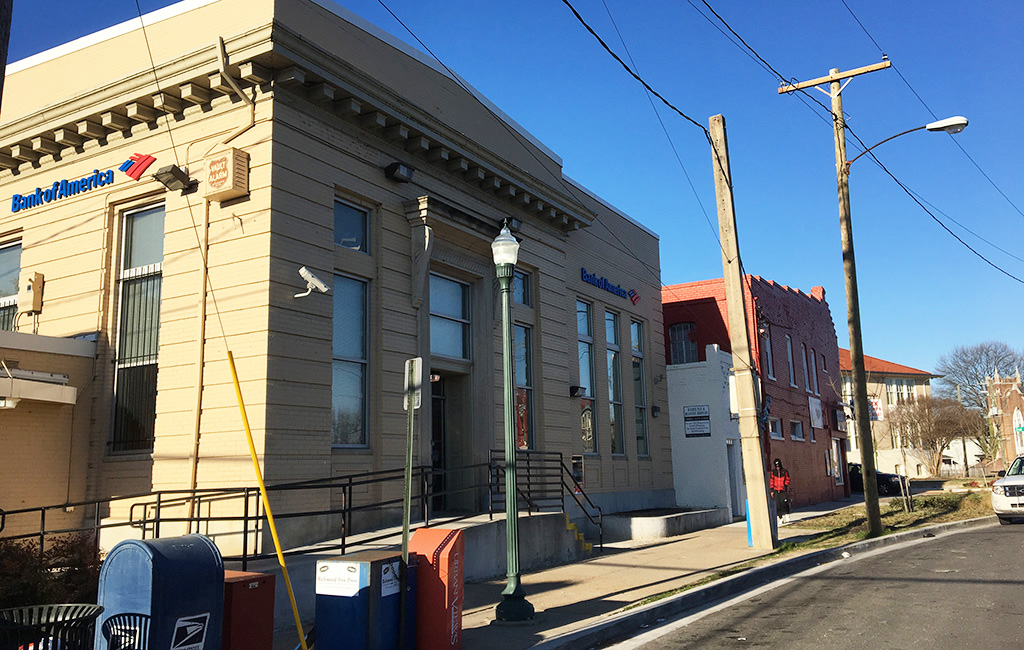 An RFP has gone out for the redevelopment and reuse of the former Bank of America branch at 1307 E. Brookland Park Blvd., which the banking giant vacated four years ago. (BizSense file)

An effort is afoot to find a new life for the dormant former Bank of America branch at 1307 E. Brookland Park Blvd., which the banking giant vacated four years ago.

With the property now in the hands of the Richmond Land Bank, a program administered by the nonprofit Maggie Walker Community Land Trust, an RFP has been issued to propose ways to redevelop and reuse the 4,800-square-foot building.

BofA donated the property, which sits along the Six Points roundabout, to the land bank in 2019. The bank closed the branch in early 2017, much to the chagrin of some in the neighborhood.

Over the past two years, the groups have been soliciting feedback from neighbors for suggestions on what sort of commercial use would fit best in the neighborhood. 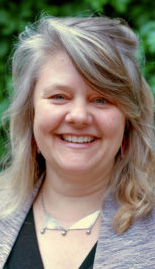 “The community didn’t want a bodega or liquor store,” said Erica Sims, CEO of the MWCLT. “But they had a really wide range of things that they did want. It just fits very well with the overall revitalization of that corridor and that intersection.”

Suggestions included in the RFP included a grocery store or farmer’s market, a restaurant, coffee shop, cafe or bakery, a community center, or a doctor’s office.

The RFP was formally issued on June 4, with responses due Aug. 2. Respondents would purchase only the building. The adjacent parking lot would be retained in perpetuity by the land trust.

Respondents are expected to present their pitches to the Land Bank’s Citizen Advisory Panel, which will make a recommendation on Nov. 3.

The MWCLT board will ultimately choose the final end user and enter into a development agreement on Nov. 15.

As for a preferred price tag, the RFP emphasizes that the building is assessed at $212,000 and that “applicants are encouraged to bid competitively.”

Sims said the bank building is the first commercial property the Land Bank has dealt with since its creation in 2018. It’s also the first time it received a property through direct donation. Most of the properties it deals with are vacant and abandoned and come from the city through tax delinquency-related foreclosures. 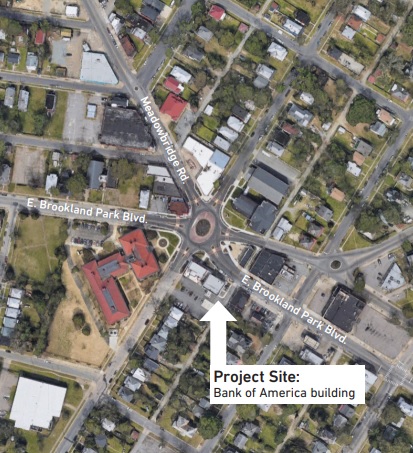 Its goal is to take such properties and bring them back into productive use based on community feedback. The bulk of its work has been to revive derelict residential properties into affordable housing.

With the BofA building, the Land Bank and MWCLT would be eligible to receive the proceeds from the sale through the RFP. Another benefit, Sims said, is that the group is using the process as a test run of sorts on how it can potentially handle more commercial properties.

“It’s a way to see how this process unfolds,” Sims said. “I think it could a valuable tool for anyone who has a property.” 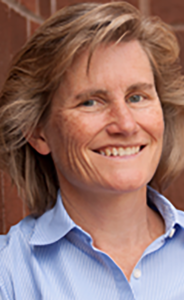 Laura Lafayette, who chairs the MWCLT board, said she’d like to see the group diversify its portfolio beyond the few dozen or so homes it currently has in its system.

“Commercial properties are one way to do that,” Lafayette said. “It’s exciting to get a property from the corporate sector and a private donation because we want to demonstrate that’s a viable option, whether it’s companies or private individuals. We’re glad for Bank of America to be setting that precedent for us.”

She added that BofA helped fund the community engagement process leading up to the RFP.

“We’ll pick up the physical asset and be fairly agnostic about the use of it,” Lafayette said. “It’s really what does the community want and what can the building accommodate. What we do best is acquire the land, sell the land and partner with others.”

Lafayette said since the land bank’s inception, MWCLT has turned around about 50 homes, which have since been sold through other housing nonprofits for low-income buyers. It has another 60 in the pipeline

The Six Points BofA building is one of two former bank buildings in that area of the city’s Northside waiting to be reinvented. The former American National Bank Building at 201 W. Brookland Park Blvd. also has sat vacant for years.

A veterinarian’s office & animal hospital might do well there.

I believe that many people whether living in the area or looking at the current uses in and around the area recognize the need for a bank here or close by. Glad the ATM will remain but disappointing that the future use will exclude the possibility of a needed wrap around financial service and amenity.

I agree with Sara and others places (like Roanoke) have been able to attract smaller, local credit unions to open branches (and mixed uses) in older neighborhoods. LEAP is a community kitchen, a food pantry, community space and full service bank branch that is now in its fifth year. It has a farmers market outside in its parking lot too.