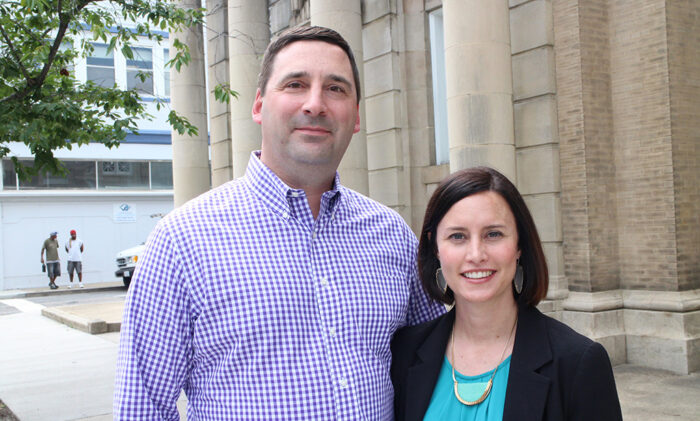 Michael Hild and his wife Laura are facing a $110 million lawsuit by the Live Well Financial bankruptcy trustee. (BizSense file)

As he awaits sentencing in the criminal trial that found him guilty of a massive bond pricing scheme, Michael Hild has another legal issue to contend with — and now his wife has become entangled in the fallout.

The trustee overseeing the bankruptcy of Hild’s collapsed Chesterfield-based mortgage company Live Well Financial has filed suit against him, his wife Laura, their various business and real estate holdings, and others, seeking to recoup a total of $110 million in damages for the firm’s creditors.

Trustee David Carickhoff is looking to place much of blame for the firm’s demise on the Hilds, claiming Michael looted the once fast-growing reverse mortgage company by masterminding the “Ponzi-like” scheme and funneling much of the fruits of the fraud to Laura.

Carickhoff also claims that Laura helped her husband in hiding the proceeds of the scheme through more than a dozen LLCs. They used the money and those entities to acquire a collection of real estate and businesses, including dozens of properties on the city’s Southside, and a brewery, donut shop and other businesses. The LLCs were all put in Laura’s name as federal authorities began zeroing in on the scam, the lawsuit states.

“Essentially, the Hild entities functioned like a giant laundry machine,” the trustee claims in a 128-page complaint filed last week in federal court in Richmond. “Many of the Hild entities conducted no business of their own. They were merely receptacles or conduits for proceeds of Michael Hild’s fraud.”

Of the millions of dollars that resulted from the bond scheme at Live Well, the trustee claims the Hilds were the biggest beneficiaries, transferring at least $26 million from Live Well to themselves. The filing includes records of hundreds of bank transfers from Live Well to the Hilds and then from them to their businesses.

In addition to extracting monetary damages, the trustee also is looking to take control of the couple’s business holdings. Carickhoff has asked the court to impose a trust that would hold and maintain the real estate, bank accounts and businesses and other personal property of the Hilds and make those assets of the bankruptcy estate. 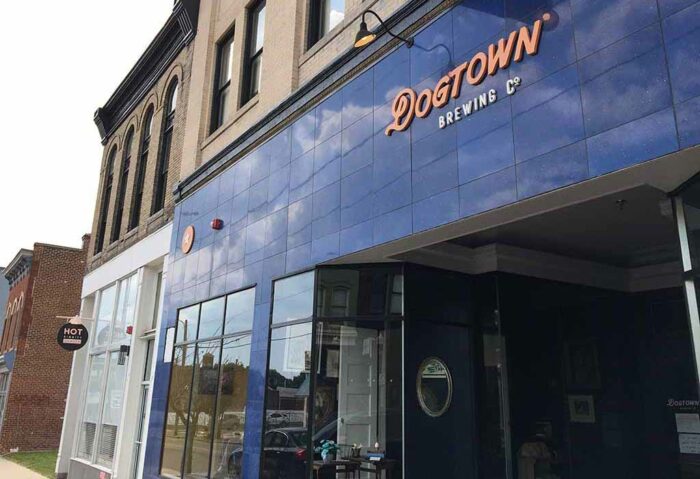 The Hilds’ Dogtown Brewing was open for a time, but has been closed since the start of the pandemic. (Michael Schwartz photos)

That would include wresting control of Church Hill Ventures, which the Hilds used to acquire at least 38 properties in Richmond between 2015 and 2018, using funds that traced back to Live Well. The government found that the Live Well fraud ran from 2014 to 2019.

Also in line to come under the trustee’s grip is the Hilds’ Kingfisher LLC and its 17 properties in Richmond, and their Gardenia LLC and its six local properties.

The brewery, donut shop and café have all been shuttered since the start of the pandemic and the suit claims they weren’t viable businesses without continued capital that ultimately came from Live Well.

While Laura on paper is the owner of the business entities, Michael held himself out to be part of those ventures, including in media reports. The lawsuit claims Michael transferred ownership of the LLCs to Laura in 2017, as the Securities and Exchange Commission began investigating Live Well.

The lawsuit will attempt to pierce the corporate veil, a move that would allow the trustee to hold Laura equally as liable as Michael. 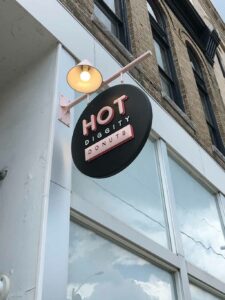 Hot Diggity Donuts was one of three businesses the Hilds opened along Hull Street in Manchester.

“Laura Hild and the Hild entities were necessary to obscure the more than $26 million that Michael Hild looted from Live Well and its creditors,” the suit claims.

The complaint also is suing former Live Well CFO Eric Rohr and the head of the company’s bond trading department Darren Stumberger. Both men were key witnesses in Michael’s criminal trial, have already pleaded guilty to the same fraud charges and are awaiting sentencing.

As a result of their admitted role in the scheme, Rohr received no less than $2.9 million and Stumberger at least $4.1 million from Live Well, the lawsuit claims. It adds that Michael, Stumberger and Rohr used Live Well funds to cover their legal fees related to the collapse of the scheme, to the tune of $3.1 million.

The lawsuit charges Hild, Rohr and Stumberger with breach of fiduciary duty, which would likely trigger insurance policies the company would have held to cover such instances at the time of its collapse. They also face claims of conspiracy, corporate waste and unjust enrichment, all of which caused more than $110 million in damages to the company, the trustee argues.

As for monetary damages, the suit wants a judgment of not less than $27.54 million from the Hilds and their businesses. That would include $26.05 million from Laura individually and $16.96 million from Church Hill Ventures.

It wants to hit Hild, Rohr and Stumberger each for their share of $110 million and wants to cancel out the claims Hild and Rohr filed as creditors in the Live Well bankruptcy.

Carickhoff is represented in the litigation by attorneys from Archer & Greiner in Delaware and Blank Rome in Philadelphia.

The Live Well bankruptcy case is playing out in federal court in Delaware, where the company was incorporated.

It’s unclear who represents the Hilds in this latest complaint. A message sent to Michael’s personal email was not returned as of Tuesday afternoon. 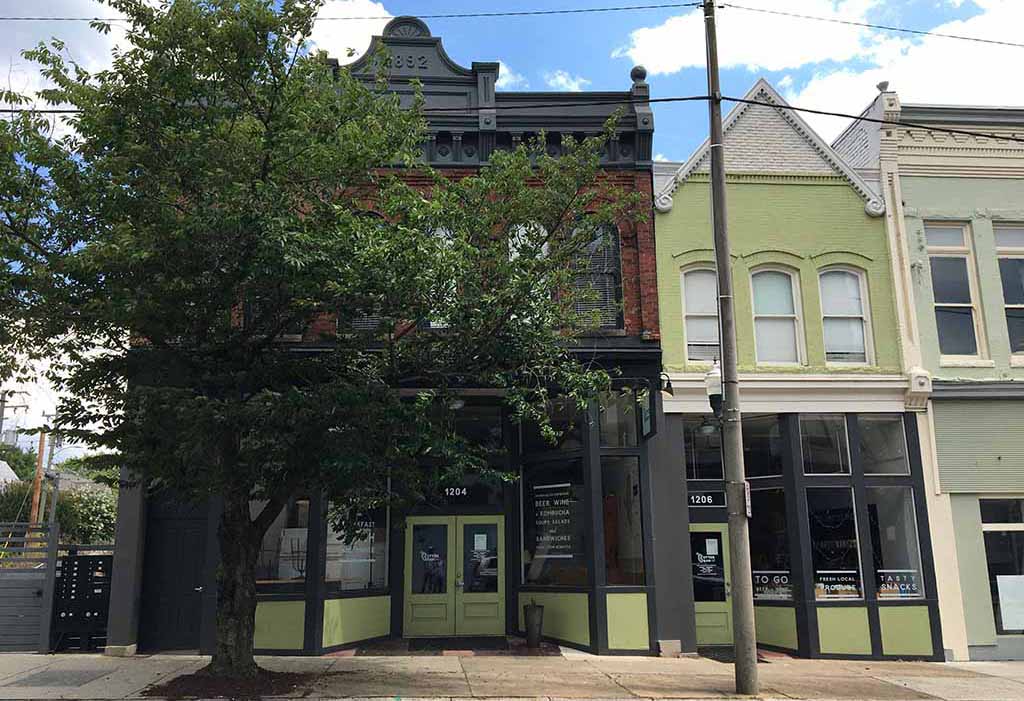 Butterbean Cafe, like the neighboring Hild businesses, has been closed since March.

Michael Hild founded Live Well in 2005, growing it to hundreds of employees at its peak. It was forced into bankruptcy in July 2019 by its three largest creditors, who were left holding the bag on more than $100 million.

Michael was arrested and charged for leading a scheme to defraud the company’s lenders by falsely inflating the value of a portfolio of reverse mortgage bonds, in order to induce the lenders into loaning more money to Live Well than they otherwise would have.

He pleaded not guilty and left his fate to a jury in Manhattan federal court. After a three week trial in April, he was found guilty on all five charges he faced, including securities fraud, mail fraud and bank fraud.

The crimes call for a combined maximum of 115 years in prison and maximum fine of $5 million. He’s set to be sentenced Sept. 10, with the ultimate punishment being up to the judge.

Editor’s Note: In addition to the Hild case, the Live Well trustee filed lawsuits last week against some of the company’s former directors and investors, as well as one of its lenders. Stay tuned to BizSense tomorrow for coverage of those cases.

I am saddened by this news. I remember the stories coming out when people reported to work at Live Well and found a note saying the company was closed. I had no idea money was moving around in so many other businesses. I had met friends at Butterbean Cafe and at the time thought that it was the beginning of new things finally happening along that stretch of Hull St. Hoping that justice will be served!

you have to wonder what they were thinking

They were thinking they were above the law.

Frankly, Laura should be criminally charged as a co-conspirator to this fraud- she was clearly involved.

She likely will. But such charges may be brought, not as assurance that Mrs. Hild will serve time in prison, but, instead, to help ensure her cooperation w/prosecutors. Financial crimes are noteworthy for their extensive, byzantine plots and the frequent absence of a paper trail/ other physical evidence, making it difficult to successfully prosecute them. Federal investigators cultivate and exploit ‘weak spots’ in the relationships between suspects, hoping that some will turn state’s evidence and offer testimony against the others for a reduction in their own sentence(s). While prosecutors often abhor these ‘deals’, it’s generally preferable to losing such cases… Read more »