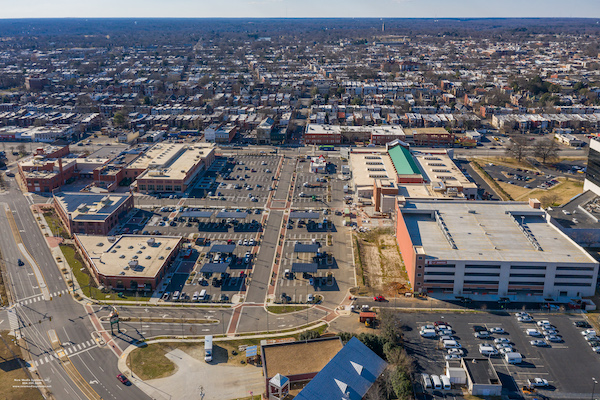 The next phase will rise just below the green-roofed Putney Building, seen center right. (Courtesy of Sauer Properties)

All of the office space in The Sauer Center’s first phase has now been spoken for, with a firm that’s closely familiar with the project snapping up its last bit.

L.F. Jennings has signed a lease to move its local headquarters to The Sauer Center, the Whole Foods-anchored development from Sauer Properties across Broad Street from the Fan.

The general contracting firm is taking 4,300 square feet of office space at 2000 W. Marshall St., joining tenants like IT firm SingleStone and fellow general contractor Barton Malow. Sauer Properties’ own office is also based out of the trapezoidal building near the intersection of West Marshall Street and Hermitage Road.

Though its company headquarters are in Northern Virginia, L.F. Jennings’ local home base has been in the Glen Forest Office Park in the West End for over a decade.

The company already knows The Sauer Center well, as it’s been the project’s general contractor since it kicked off in 2017. Frank Martino, L.F. Jennings’ Central Virginia director, said they’re excited to make Sauer Properties a neighbor and landlord, in addition to a client. 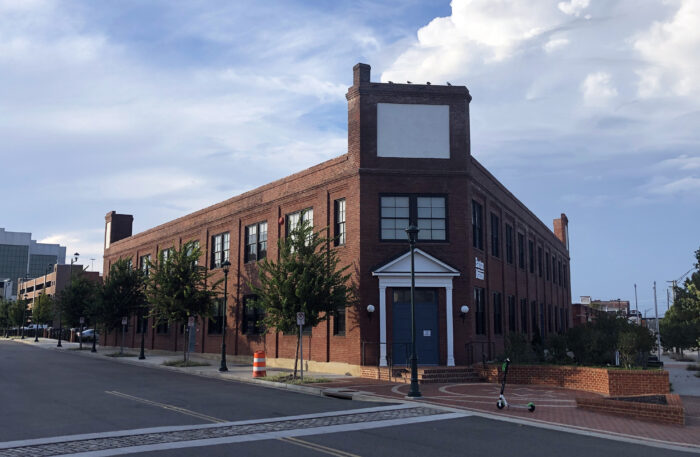 “We’ve been there so long, we didn’t want to go,” said Martino, laughing. “Sauer’s been a great client. There’s no one we’d rather be sending rent checks to each month than a client.”

Planting its local office in The Sauer Center also puts L.F. Jennings closer to some of the bigger projects it’s currently working on downtown. That includes Douglas Development’s 189-unit apartment conversion at 629 E. Main St., as well as the Mutual Building’s conversion into 170 units at 909 E. Main St., a project from Landmark Property Services and The Wilton Cos.

Martino said he’s hoping to have L.F. Jennings’ local staff of about 11 — a number he expects to grow to at least 14 in the near future — moved into The Sauer Center by next spring. Commonwealth Commercial’s Tucker Dowdy and Russell Wyatt represented Sauer Properties in the deal. Thalhimer’s Brian Berkey represented L.F. Jennings.

Last week Sauer Properties announced on its LinkedIn page that the first phase of the project has been completely leased. CarMax and nonprofit Great Minds are also among the tenants that recently moved into new offices in the first phase.

Plans filed in recent weeks list the web development firm and government contractor as the client for 2022 W. Broad St., the final office space in The Sauer Center’s first phase. Virginia Interactive was previously housed in the Arts District at 119 W. Broad St., which is currently available for lease.

With leasing on the first phase wrapped up, site work has begun on its second phase: a four-story office building that will rise adjacent to the parking deck behind the CarMax-anchored Putney Building.

Its quite the achievement to fully lease the property during these times especially after the events on Broad Street last summer. Congrats go out to the Sauer Company and Commonwealth Commercial.

What events were those Bruce?

(In my Best Hank Hill voice): “You know, the graffiti and what not. “

Amazing work; I hope when they get to Phase III or IV that involves the Sauer factory moving someone at the City Econ Development will work with the firm to keep the location in the City. Southside near PM/Commerce Road has plenty of sites available.

The Sauers projects are always classy. I’m hoping this success accelerates the redevelopment of more of their portfolio. I can’t wait to see the old Sears building take on a new life. (hint, hint).