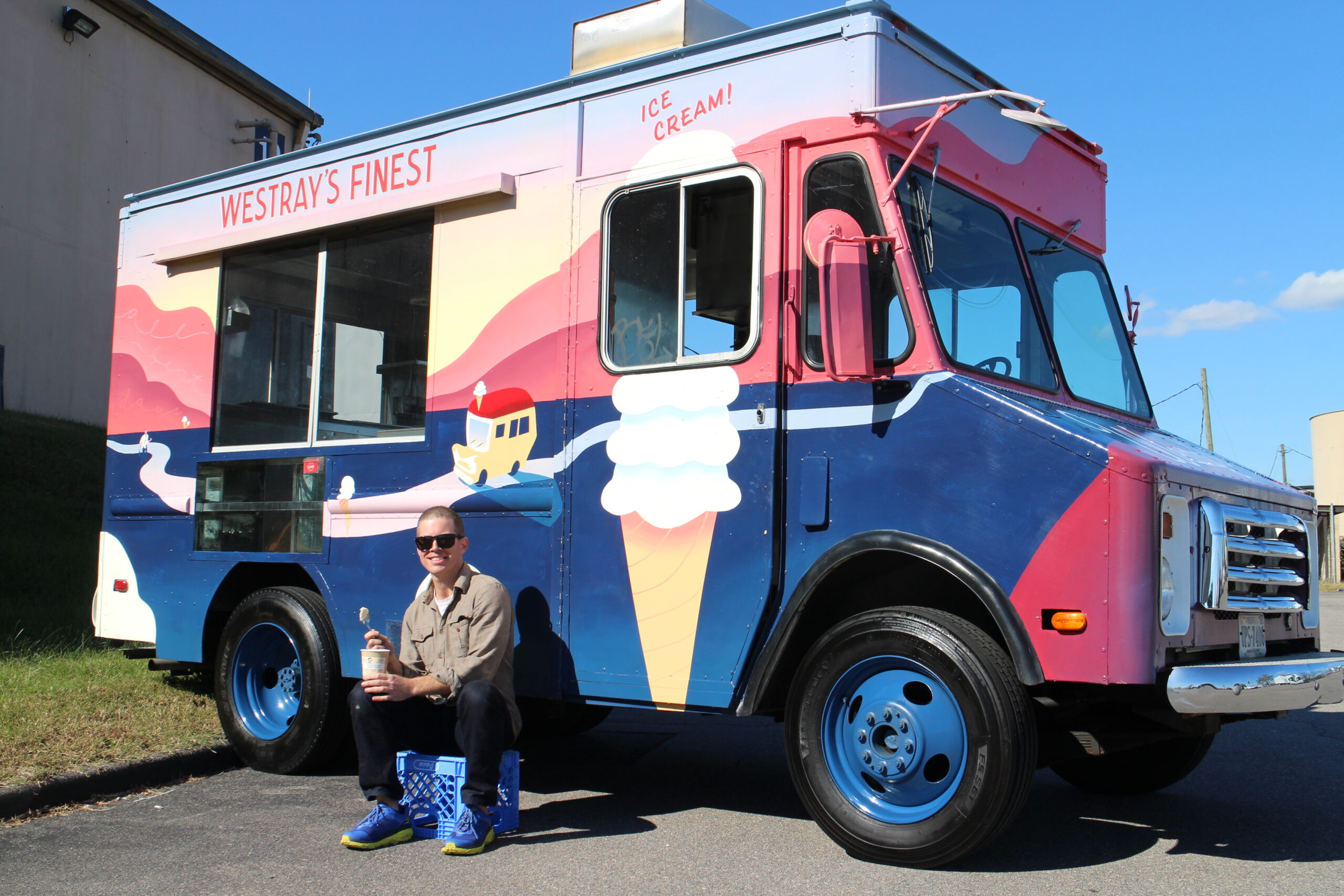 Westray Paul with one of his ice cream trucks, which he keeps at Hatch Kitchen. (Mike Platania photo)

In early 2015, Westray Paul headed to the West Coast to buy an old step van. The vehicle was once used to deliver copies of the San Francisco Chronicle and Paul’s plan was to convert it into an ice cream truck for his nascent brand, Westray’s Finest Ice Cream.

The Midlothian native spent that summer in Washington D.C. peddling ice cream from his truck, learning as he went.

He eventually got the hang of it, before heading back to Richmond for the off-season to work as a bartender at New York Deli, the Carytown restaurant and bar where he’d worked a year prior, saving up to buy his pasteurizer, ice cream machine and truck.

From behind the bar, Paul would look south across Cary Street and into the window of one of New York Deli’s neighbors.

“I could see through the storefront into Bev’s (Homemade Ice Cream),” Paul said. “I was like, ‘Oh, Bev. You’ve got what I want.’”

Now, six years later, Paul is getting ready to achieve the same dream Bev’s owner Beverly Mazursky once did: opening his own brick-and-mortar ice cream shop.

Paul recently leased 214 N. Lombardy St. in the Fan. The 1,700-square-foot space was formerly home to pizzeria Pie and most recently, Ever Better Coffee Co.

The space will include a production area for Westray’s Finest — which Paul said he’s hoping to begin distributing — as well as a seating area and walk-up window where he’ll also offer coffee and espresso drinks. 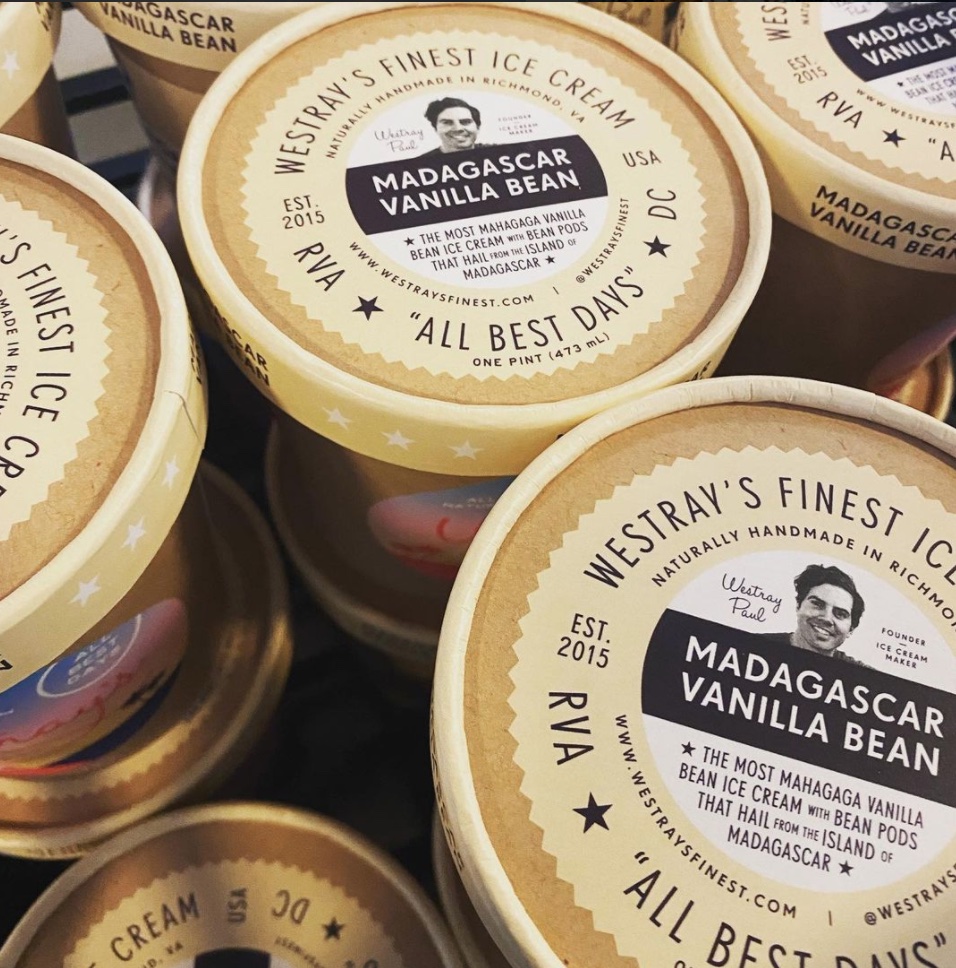 “My biggest long-term goal is to get the pints out there locally and push it as far as I can,” Paul said. “I’ll try to get in markets around Richmond, then start creeping up to Northern Virginia and D.C.”

Prior to starting Westray’s Finest, Paul got his degree in construction from East Carolina University and worked in general contracting and real estate. But he never felt like he fit in.

“After a while I started to feel like they were going to realize I didn’t belong there,” Paul said.

He moved to New York and got jobs at ice cream shops Van Leeuwen and OddFellow’s, where he said he learned how to make ice cream.

Paul’s since gotten rid of the old San Francisco Chronicle truck and bought two used trucks from Van Leeuwen, which he said he’ll keep operational mostly for events after the Fan location opens.

Paul said he’s hoping to begin production and open the to-go window within six weeks, and the retail section in April.

The space’s previous tenant, Ever Better, closed this fall after about a year in business and six months after Richmond Magazine reported on Ever Better not disclosing to customers that it had put supplements from controversial nutrition company Herbalife in its shakes. Paul said locals won’t have to worry about any such drama at Westray’s.

“That’s my promise to the public: that our ice cream is Herbalife-free,” Paul said.

One of Westray’s Finest’s most popular flavors is Gold Rush, made with honeycomb candy and dark chocolate fudge, but Paul said his preferred flavor is a little more traditional.

“My favorite flavor is vanilla bean. How boring,” Paul said, laughing. “But I tell people to not sleep on vanilla.”

Congratulations Westray! You will do big things in your new space!

Congrats, Westray! Keep it up!