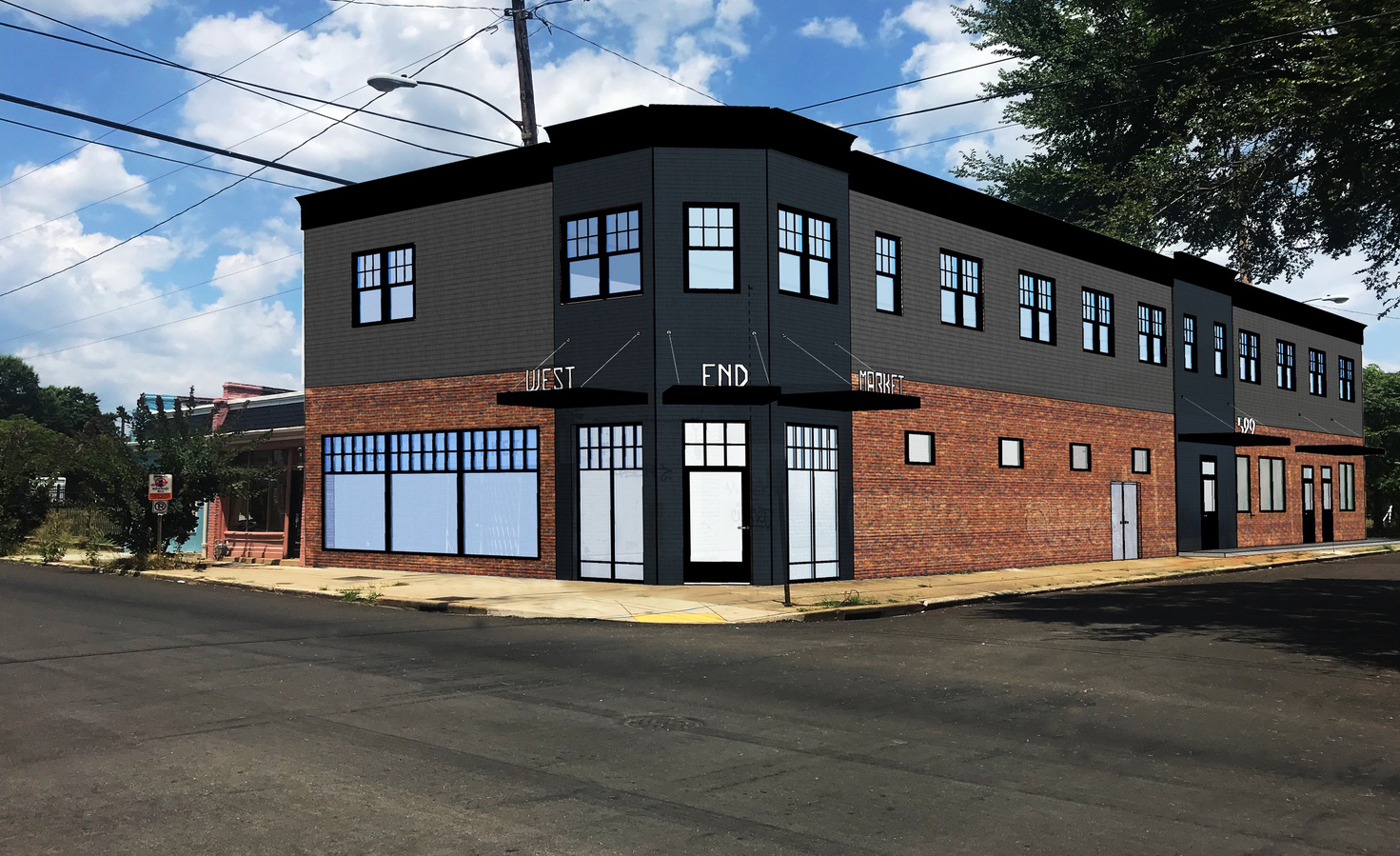 A rendering of the rehab project at 2200 Idlewood Ave., which will add four apartments above a ground-floor retail market. (Courtesy of Kyle Johnston)

The transformation of an old building in the Byrd Park area of the city has begun, as part of a plan to add apartments on a from-scratch second floor and a new neighborhood market.

The roughly 4,000-square-foot building had been home to the West End Market before it closed about three years ago, which is around the time Johnston bought it through an affiliate for $360,000.

Johnston said they’ve lined up local neighborhood market operator Mike Munir to take the bulk of the existing space. Munir’s other stores include Scott’s Market at 1400 Roseneath Road in Scott’s Addition and Capitol Market Cafe in the former Black Swan Books building in the Fan. 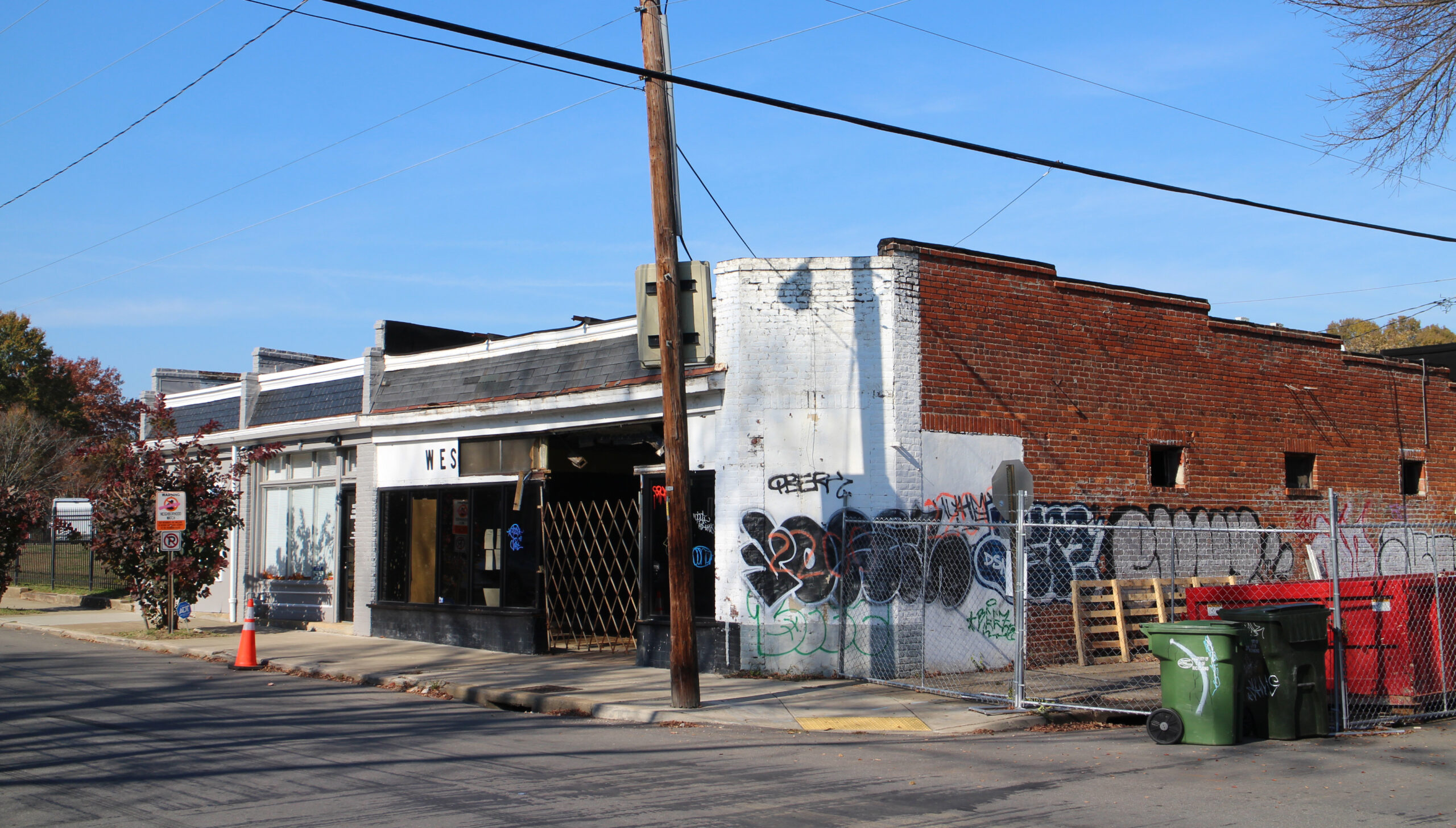 The building has been vacant since West End Market closed in 2018. (Mike Platania photos)

Munir is leasing about 3,000 of the available 4,000 square feet for the yet-to-be named market.

“They are hoping to include some space for a coffee bar and possibly wine tastings in the future,” Johnston said in an email. “The rear first floor space is a live/work unit that would be suitable for office or retail.”

The other half of Johnston’s plan involves the construction of a second floor onto the 98-year-old building, which sits at the intersection of South Shields and Idlewood Avenues. Johnston, who once owned the Brookland Theatre in Northside, said the right to make that addition came with the purchase of the property.

“A special use permit that predates our ownership allows for the addition of a second floor, which includes four two bedroom/two bathroom apartments,” Johnston said. 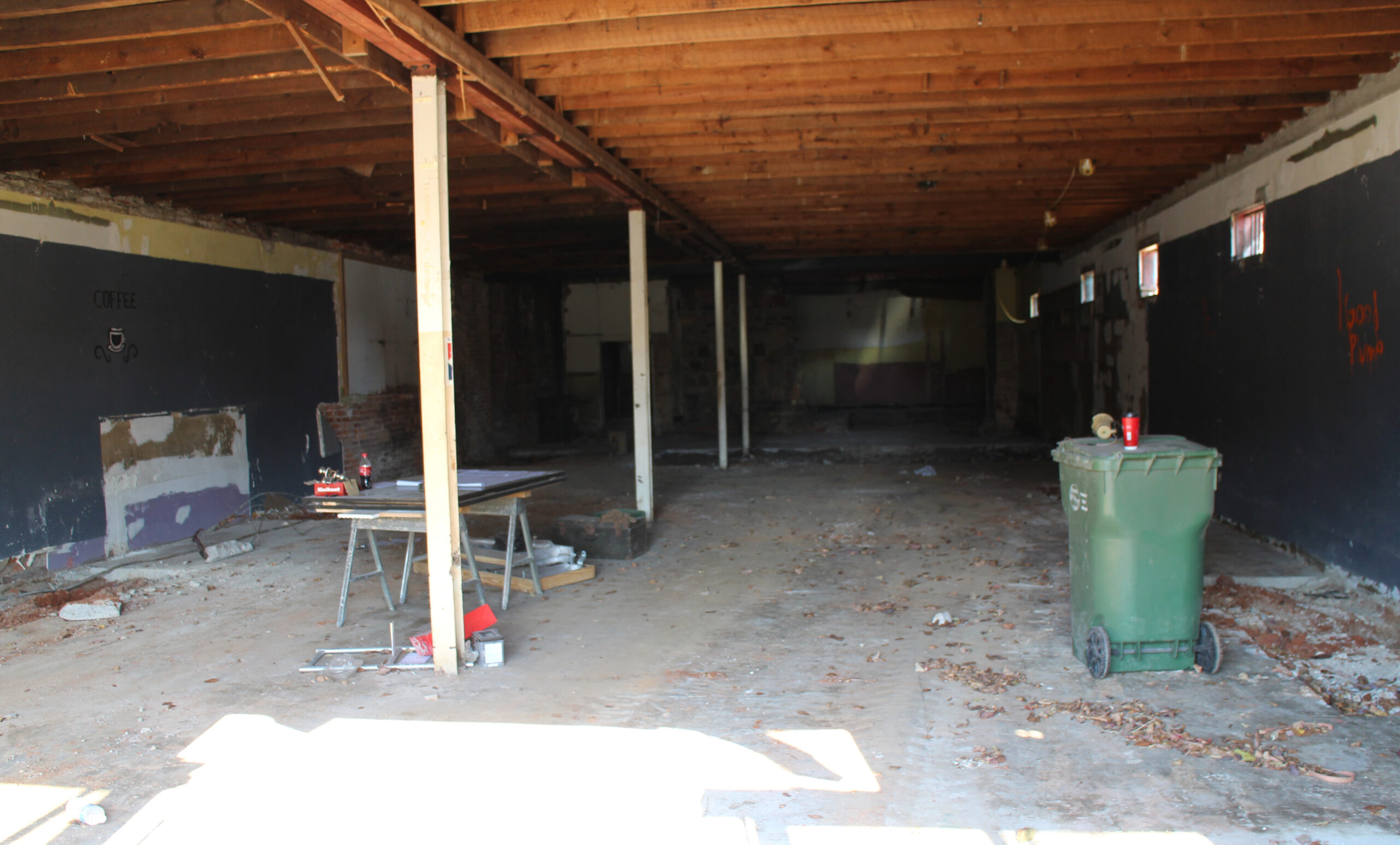 The interior is being gutted to make way for a new neighborhood market.

“Second story interior plans were revised to accommodate today’s discerning renter, (including things) such as high ceilings and open living spaces with designer finishes. Per the SUP, the exterior facade must remain the same with a few minor tweaks to modernize the design.”

Michael Pellis Architecture is the project’s designer and Unlimited Renovations is the general contractor. Johnston declined to disclose the cost, but said he hopes to have it completed in about a year.

Johnston has another project in the works about a mile east toward VCU.

He has three single-family attached homes on the drawing board for a 0.01-acre lot at 105 S. Laurel St., located right behind the former Mojo’s Philadeli building. He bought the lot last spring for $171,000.

Johnston was granted a special-use permit for the project, the full details of which remain undisclosed. Johnston said the plan recently got the support of the Oregon Hill Neighborhood Association and that he’s moving forward with getting permits for the project.

As a neighbor a block over, I hope he knows his market. West End was an asset but the long time owners sold as the bus/foot traffic left when GRTC left the neighborhood (and they wanted to retire). The bus realignment took away a LOT of the customers. The building is in a block that is 99% church owned and entirely vacant (minus a food pantry). It is next to the old West End School (old old Cary) that is a group home and the building has no street parking allowed in front of it. Built up against the Addison… Read more »

Welcome to the neighborhood. I walk by this location all the time.