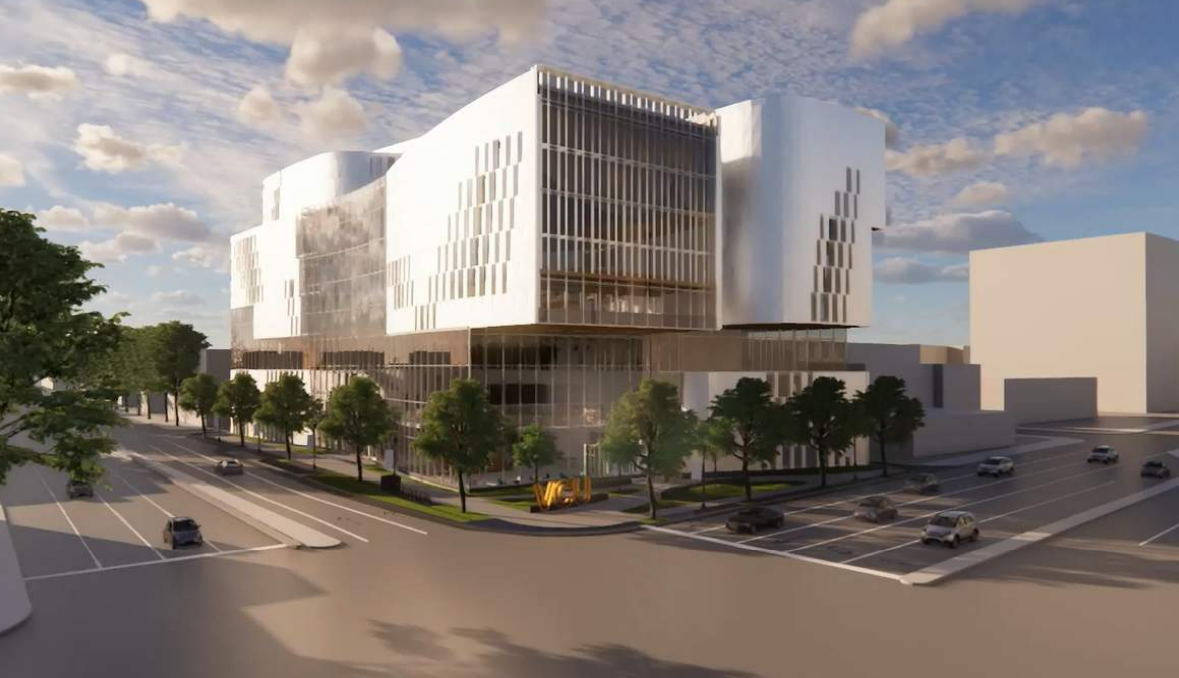 VCU plans to build an Arts and Innovation Academic Building at the intersection of West Broad and North Belvidere streets. (Photo courtesy of VCU)

If all goes as planned, VCU will soon be ready to further transform the area around the intersection of West Broad and North Belvidere streets with $225 million worth of new development.

The university hopes to break ground next year on its new 196,000-square-foot Arts and Innovation Academic Building to be built across the street from the Institute of Contemporary Art, as well as a new data center on a nearby parking lot at 707 W. Broad St.

The Arts and Innovation building is expected to cost $181 million, of which $163 million would be state funds. The building will be built on a little under an acre of land owned by VCU’s real estate foundation. The property is divided across two parcels — a long-vacant fast food spot at 501 W. Broad St. and a now-demolished gas station at 535 W. Broad St.

The university has requested funding for the project to be included in the state budget. Members of the House of Delegates appropriation committee visited the project site earlier this month.

VCU’s contribution toward the building is expected to be covered by a fundraising drive that hasn’t started yet.

The facility will be home to VCU’s performing arts programs and have exhibition, lab and incubator space. The idea is to consolidate programming to encourage students in interdisciplinary ventures that range across the fields of arts, engineering, business and medicine. 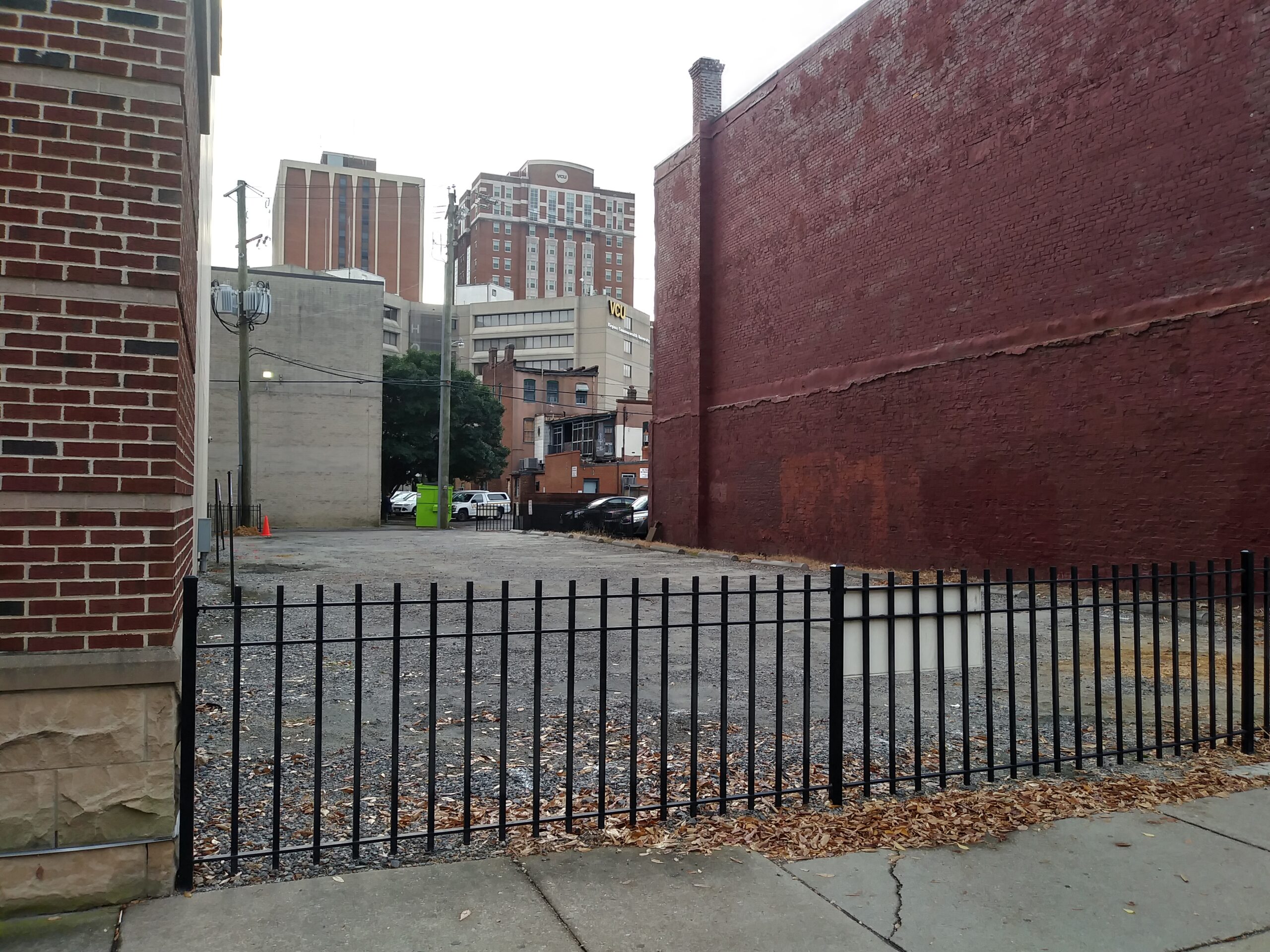 VCU plans to build a six-story data center at 707 W. Broad St., which is a parking lot owned by the university’s real estate foundation near the Institute of Contemporary Art. (Jack Jacobs photos)

“Geography and quality of research, laboratory and classroom space are some of the greatest challenges for VCU arts, with 17 departments and programs spread across 20 campus buildings. A new facility will consolidate many of these,” VCU spokesman Mike Porter said in an email.

The project is in its design phase, though the university hopes to break ground on the project around this time next year, pending state funding support, VCU Facilities Management Associate Vice President Richard Sliwoski said in an interview earlier this month.

The project’s architect is William Rawn Associates. A general contractor hadn’t been selected as of about two weeks ago.

The Arts and Innovation Building is part of the six-year capital plan VCU approved earlier this year.

A more recent addition to the capital plan is the proposed $44 million data center at 707 W. Broad St. 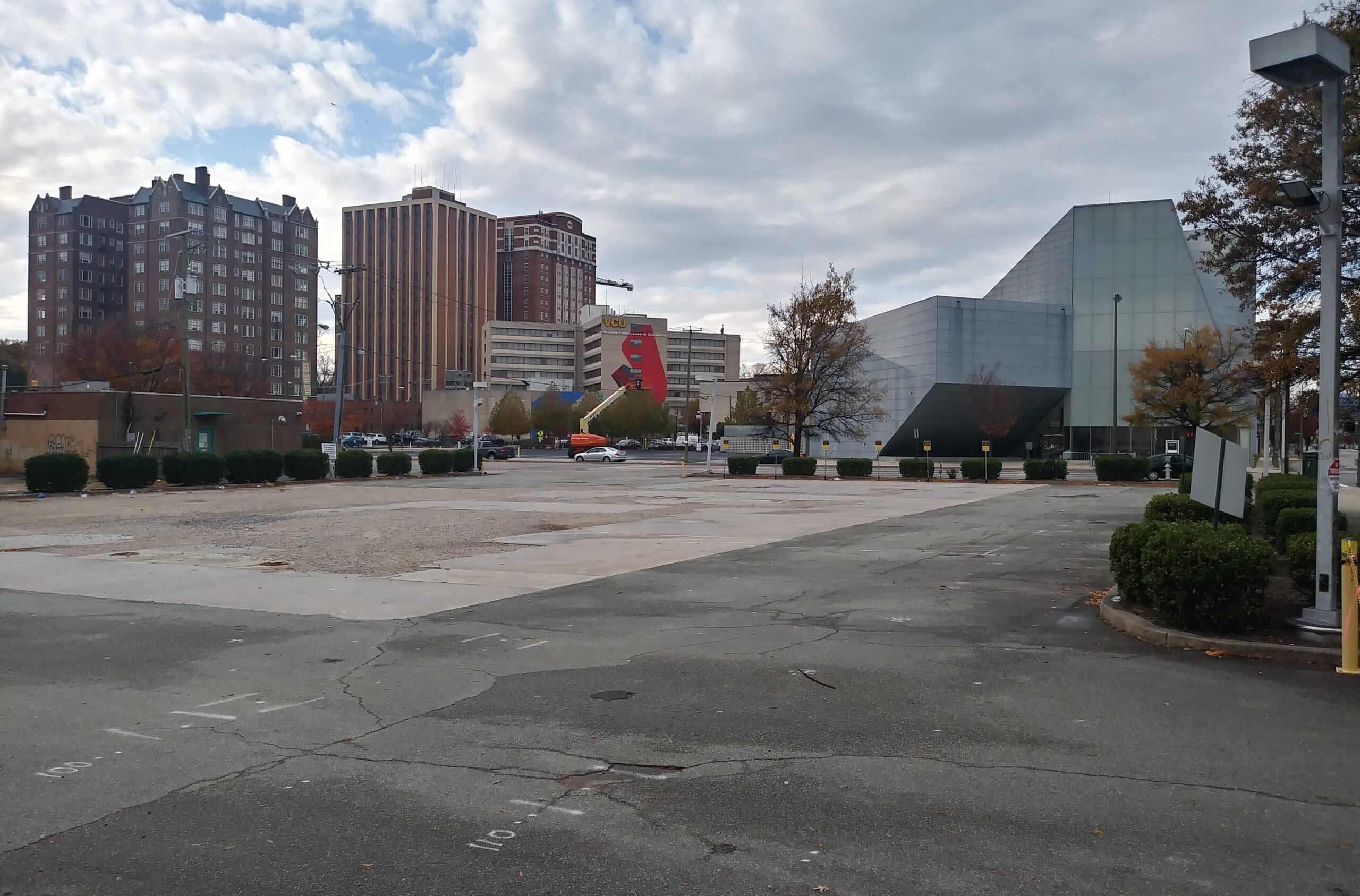 VCU’s new 196,000-square-foot Arts and Innovation Academic Building would be built on the site of a demolished gas station at 535 W. Broad St., shown here, as well as an adjacent property.

The six-story, 30,000-square-foot building would house the VCU Technology Operations Center and would rise on a parking lot at 707 W. Broad St., which is owned by the VCU Real Estate Foundation.

The university plans to provide $22.6 million for the data center and has requested $21 million in state funding be allocated toward the project. VCU plans to issue university bonds to make up its contribution.

The plan is to break ground on the data center next spring, with a project completion target of December 2023, Sliwoski said.

“Hopefully, by May or June of next year we should be breaking ground,” he said.

The project’s architect is PSH+. A general contractor hadn’t been selected when Sliwoski was interviewed.

The project is prompted by the state’s plans to build a new Virginia Supreme Court Building on the site of the Pocahontas Building at 900 E. Main St., which has housed VCU’s data center since the 1990s. 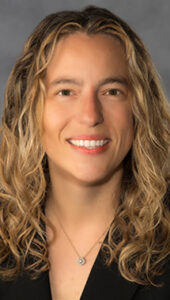 “We’re looking at this as an opportunity to consolidate our facilities folks as well, who are in the facilities building on the corner of Pine and Grace that will eventually be coming down for a new honors facility,” VCU Vice President for Administration Meredith Weiss said.

That being said, the university is still weighing whether to go through with plans for a new honors dorm on Grace Street, which is included in its six-year capital plan. How those plans ultimately shake out would affect the fate of the facilities building.

“This spring we’re going to do a new demand study and just make sure that project still makes sense in the post-COVID world. We think that it does, but we want to make sure we have updated information,” she said.

Weiss didn’t say specifically what has led to the rethinking of the dorm.

The data center site is next door to the VCU Technology Administration Building, which itself is another hub of the VCU data network. The university expects it’ll be able to minimize the amount of fiber and cable rerouting given the proximity.

Does the VCU Real Estate Foundation pay real estate taxes on the properties they own and/or develop?

There we go. A data center on Broad Street. Possibly even worse downtown land use than parking on a vacant lot. This is bad even for Richmond.

At least it is a small footprint that will pack in a decent sized staff. It should not be any worse than a small office building.

I’m finding it amusing at the downvoting this got. Data centers don’t require many staff so there’s not a lot of people working there. They do need backup power, so I’d expect a big footprint for that. Google etc build data centers on industrial parks, not downtown.

Google builds data centers for others’ use. This seems like perhaps a Tier 1 center for internal use by VCU. 30k sf in 6 stories sounds like a smallish footprint, and it’s probably better than the current location in the Pocahontas Bldg.

Why any public or private entity would operate a data center in this day and time is beyond my comprehension. Cloud providers can build it better, cheaper and faster. Plus they are more secure, fault tolerant, and highly available. Waste of taxpayer money.

Justin, there are quite a few onsiderations that enter into the decision. One is security of intellectual property. I’d guess for higher education uses the on-site facility would also be used in R & D of the data management.

“The cloud” is just a server in someone else’s closet.

I imagine VCU could also use an in-house data center as an educational tool for students in the computer science field, if they wanted.

Absolutely. Can anyone imagine training doctors without a hospital? That’s what I meant above mentioning “higher education uses”.

How much does VCU own? They seem to keep expanding all over Richmond. Seems they have no limits.

Love ’em or hate ’em, the #1 catalyst behind the renaissance of downtown Richmond this century is VCU.

Renaissance downtown; have you driven down Broad St. towards City Hall?

As crazy as you may think it is, i worked on a site in the city last year that is well known to readers here. The site was closed off by heavily armed masked people protecting their stash of material to the point we could not enter the property.

I’m not if it still holds true but in the ‘80’s I recall a study that said that for every newly counted student seven jobs are created in the local economy. That seems absurd but there was a lot of backup supporting data. VCU’s growth, regardless of the actual numbers, has had an amazing positive effect on Richmond. Go Rams!

What an absurd proposal – 180 million for another temple to some administrator. This waste of money does nothing for the art students who are lucky if they can make 30k after graduation and have student loan debt. I’m appalled

Three downvotes on this, but as someone who was once an Arts Major, I counted myself lucky that I minored in Biology.

But, the economics of visual art is horrible, worse, it is not transparent.

Listen to the Freakonomics podcast series on the Art Market — VERY eye opening.