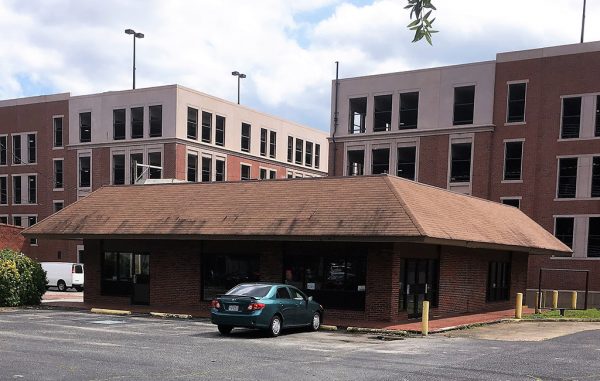 Six months after dropping millions on an old Chinese restaurant building, VCU’s appetite for real estate has led it to a pizza joint up the street.

The school on May 30 purchased the long-vacant former New York Pizza fast food building at 501 W. Broad St. for $2.82 million, according to city property records.

It bought the 5,000-square-foot building and its 0.34-acre plot from Franchise Real Estate Concepts LLC, which had owned the property since at least 2001. The property most recently was assessed by the city at $828,000.

VCU spokesman Michael Porter confirmed the purchase Monday and said no plans for the site have been determined.

The property, built in 1969, has been on the market since July 2013, when New York Fried Chicken was evicted from the space.

It sits near the intersection of West Broad and North Belvidere streets, a block away from VCU’s $41 million Institute for Contemporary Art, which is scheduled to open in October.

The school has made a series of purchases in recent years on surrounding blocks, to wrest control of properties around the ICA.

Since 2004, VCU has invested roughly $13 million to acquire eight properties in the blocks surrounding the ICA site, according to city records.

The lone holdouts on those two blocks are the Sunoco gas station, owned by local businessman Steve Uphoff, and 518 W. Grace St. – a three-story, mixed-use building.

Both the restaurant and apartment building have been razed.

Along West Main Street across from the park, a 12-story, $96 million dorm project is going vertical, replacing a 30-year-old student housing complex that was taken down. And Monroe Park is undergoing a $6 million renovation that started late last year and is slated to last 12 to 18 months.

For texture: when I was at VCU we knew it as “Crackdonald’s”. Later heard it called “Murder Chicken”.

The more property VCU purchases, the less tax base left for the City of Richmond to have to maintains the streets, sidewalks, etc.
Something gotta give !

Correct David. Wall Street Journal just had a story yesterday about Hartford CT teetering on the edge of bankruptcy due to that exact issue. Its property tax base is dominated by non taxing paying properties.

How much tax contribution do you think the city got from a site that has been vacant for 4 years?

I don’t know how long you lived in or our around Richmond, but downtown 20 years ago was full of vacant buildings.

VCU employees and students spending has turned around the image of downtown, and was a major contributor to areas like Scotts Addition and Jackson Ward becoming attractive.

VCU took something that had no value and made it worthwhile.

…and they are paying no real estate taxes on those said properties.

Ed – a vacant building is the owner’s problem, not the city’s. The owner of the property STILL pays taxes with or without a tenant… I’m sure property owners would love to have pro-rated taxes based on vacancy lol. To answer your question, the city received approximately $35,424 in taxes over the last four years on this property (based on the assessed value and a rate of $1.20/$100). VCU won’t pay a penny.

The issue of VCU not paying property tax versus stimulating revenue others ways is not a new one. I would commend them on past ventures where they contracted with private property owners for dorm space. They did this with the one next to the Broad Street book store. That way they get the needed dorm space and the property owner still needs to pay taxes on it. I wonder how that works on the new dorm over on Main Street under construction where they are leasing the land to the developer, but the building is owned privately.