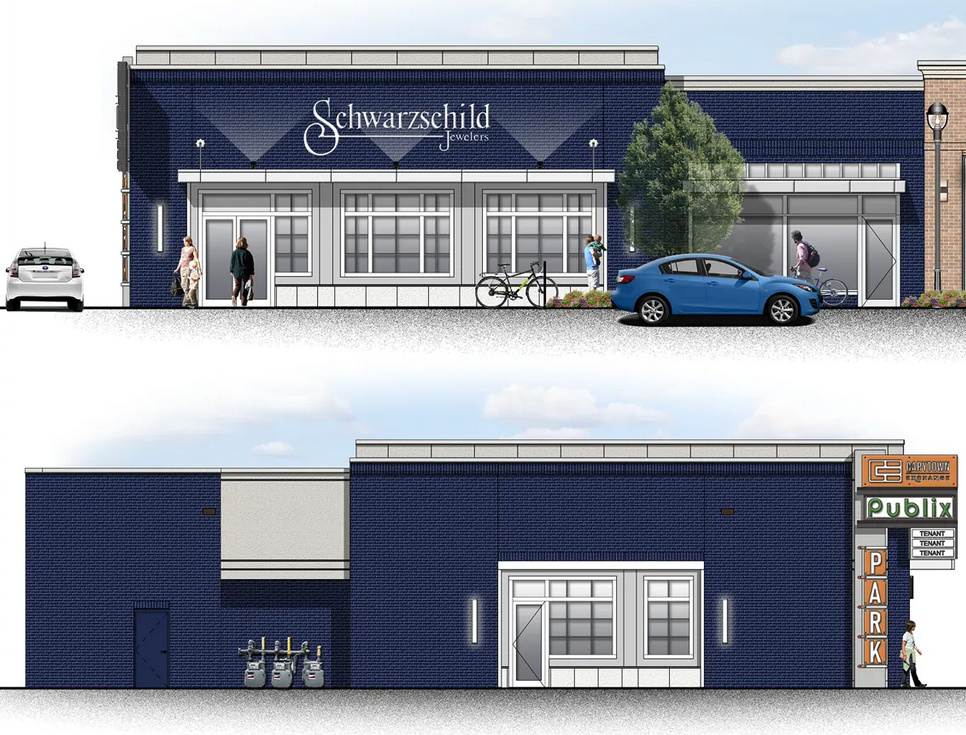 The Schwarzschild Jewelers store planned for Carytown Exchange is more than twice as large as the local chain’s store in Cary Court shopping center. (Image courtesy of Freeman Morgan Architects)

The long-running local jewelry store chain has signed a lease at Carytown Exchange, where it plans to relocate from its current Carytown location at 3144 W. Cary St. in Cary Court.

Schwarzschild will occupy a 5,500-square-foot space on the West Cary Street side of the Carytown Exchange, which is anchored by Publix and owned by Regency Centers.

Schwarzschild’s new location will be more than twice as large as its current location, company spokeswoman Kiley Schiffman Storrs said. It is expected to open in the second quarter of 2023, in what will be the chain’s 125th year of operation.

Its Cary Court store is expected to close about a week before the doors open at the new location up the street.

“We have loved being in Cary Court Park & Shop for many years, but it has its limitations when it comes to parking,” she said. “We feel really confident in the new location and the area and what Regency is doing.”

Schwarzschild has been in Cary Court since 1954, according to its website. The chain is owned by Greensboro, North Carolina-based Schiffman’s, and has locations in Midlothian and Short Pump Town Center. 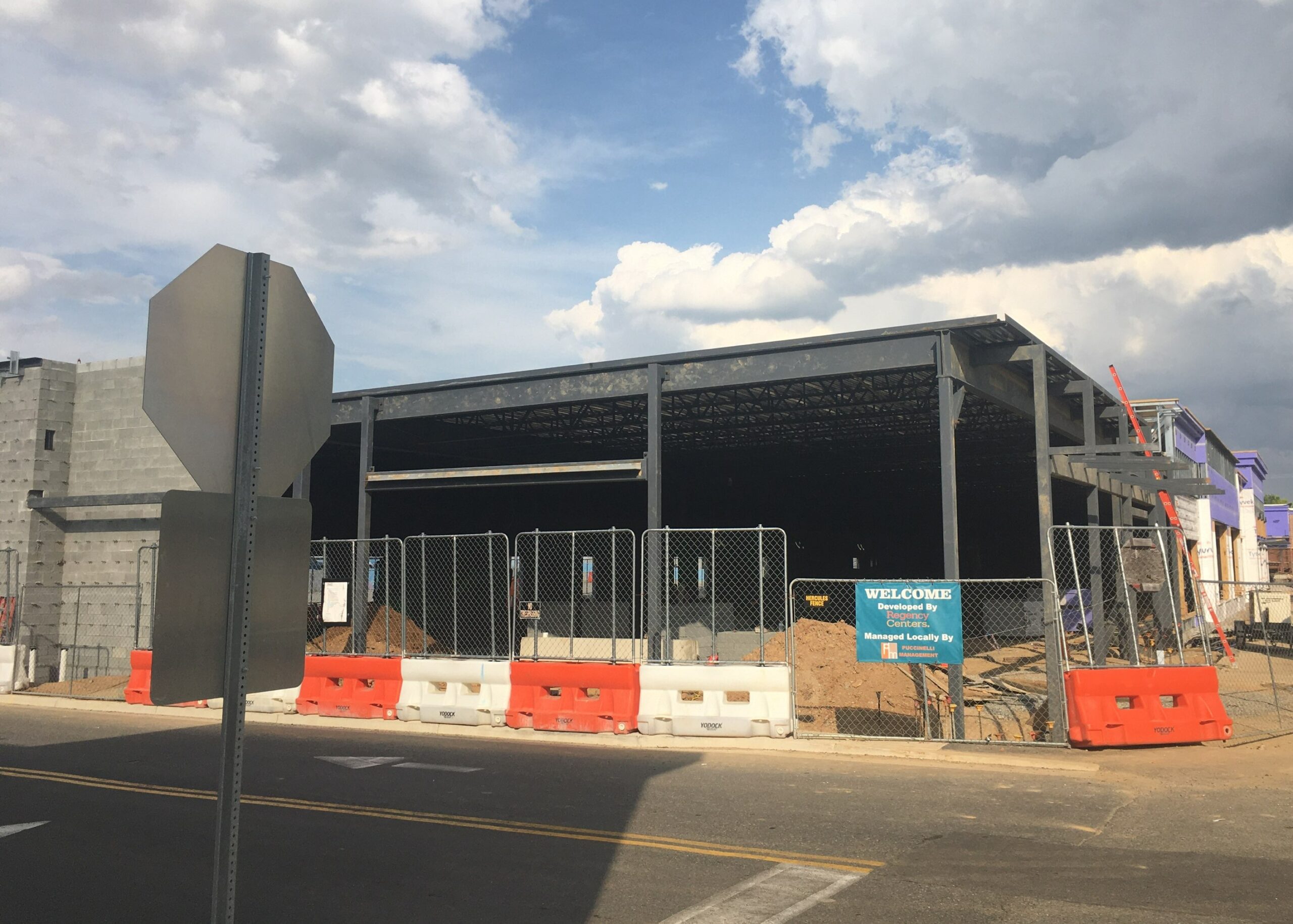 Schwarzschild Jewelers is among the latest tenants to sign a lease at Carytown Exchange, a Publix-anchored shopping center that’s expected to finish construction later this year. (Jack Jacobs photo)

The company was represented in its lease by Thalhimer broker Richard Thalhimer. Jim Ashby and David Crawford, both also of Thalhimer, handled negotiations on behalf of Regency.

Ashby said construction on the building that will be home to Schwarzschild and other tenants is expected to be completed in August or September.

Schwarzschild’s space will feature an on-site watchmaker and jeweler as well as a bar area to serve coffee and beer to customers. The store is also expected to have offerings from a mixture of current and new brands.

The other remaining building to be built at the center, at the corner of West Cary and South Nansemond Street, is expected to be finished by late May.

Ashby said more tenants would be announced in the coming weeks.

Tenants already signed on include Jeni’s Splendid Ice Creams, Torchy’s Tacos and an ABC store. A “national coffee user” is listed on the development’s leasing flyer but Ashby didn’t reveal the identity of the company Wednesday.

The gym CityRow, mattress store Sleep Number and Chase Bank are among the businesses already up and running at Carytown Exchange.

So…is this the only [semi]local business signed up for this development so far?

This sounds like a smart move for Schwartzchild. An upscale brand needs space, prominence and convenience to fulfill its luxury promise. And a bar can only help loosen shopping inhibitions. It might even give them the option to offer a small event space to their customers, which can only be a good thing.