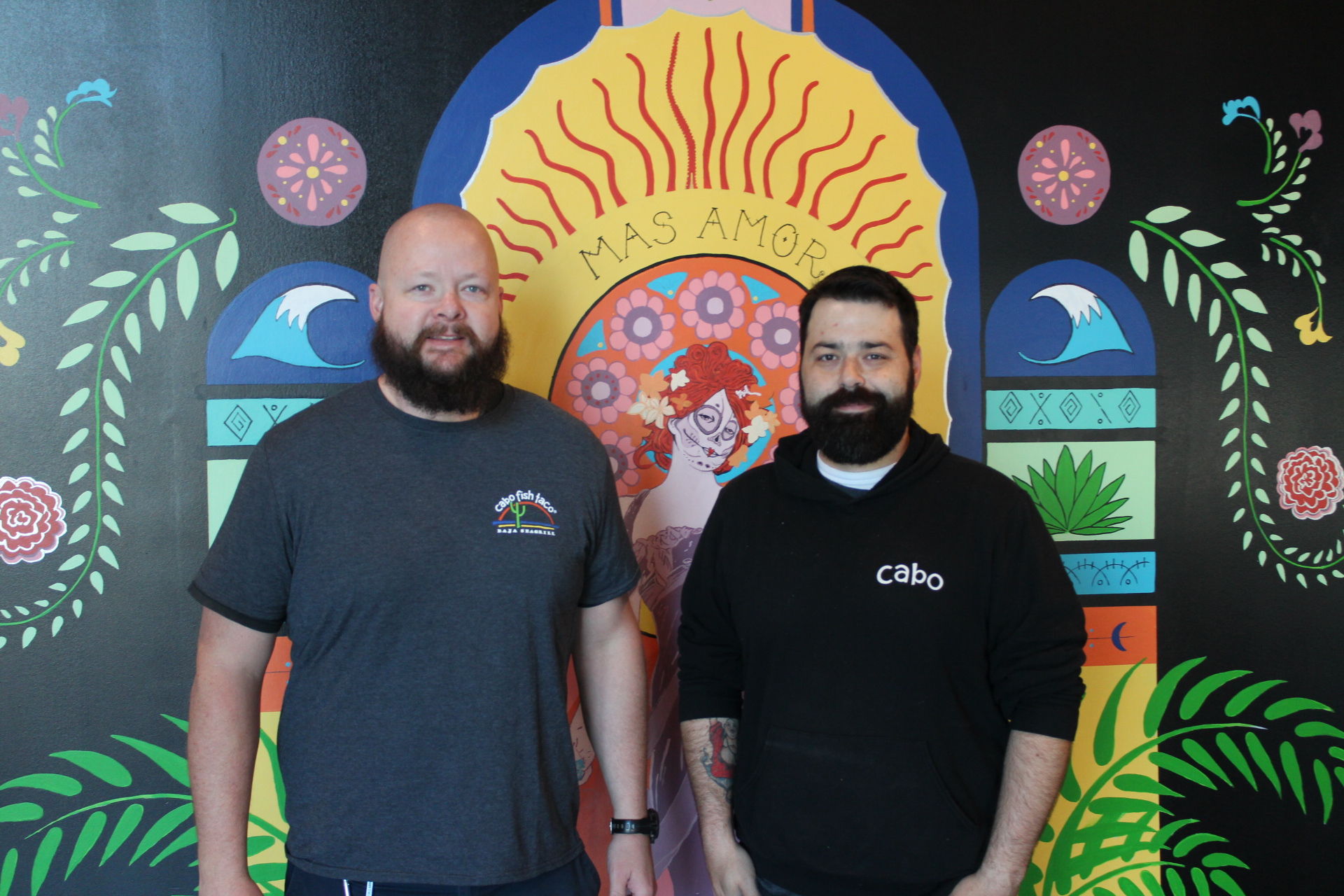 A taqueria familiar to many local Hokies has opened its doors in Richmond.

Cabo Fish Taco opens today on the ground floor of The Summit development at 3022 W. Broad St. in Scott’s Addition.

It’s the chain’s fifth location, joining two in Charlotte, one in Roanoke and one in Blacksburg that’s been open since 2005.

Matt Karfarkis and Corey Harris both previously worked at the Blacksburg location and are now running the Richmond franchise. They said they’ve regularly heard from local Virginia Tech alumni since inking the deal for the Richmond space last spring.

“Every day we’re getting, ‘Hey we’re Virginia Tech alumni, are you guys open yet?’” Karfarkis said. “We get a dozen messages over social media like that every single day.”

Though it’s opening with a slightly limited menu, Harris said the plan is to eventually have it be nearly identical to that of the other Cabo locations. As its name suggests, many of Cabo’s dishes are fish-focused including blackened mahi-mahi, beer-battered white fish and grilled tuna tacos. It also serves salads, burritos, quesadillas and a few other entrees. 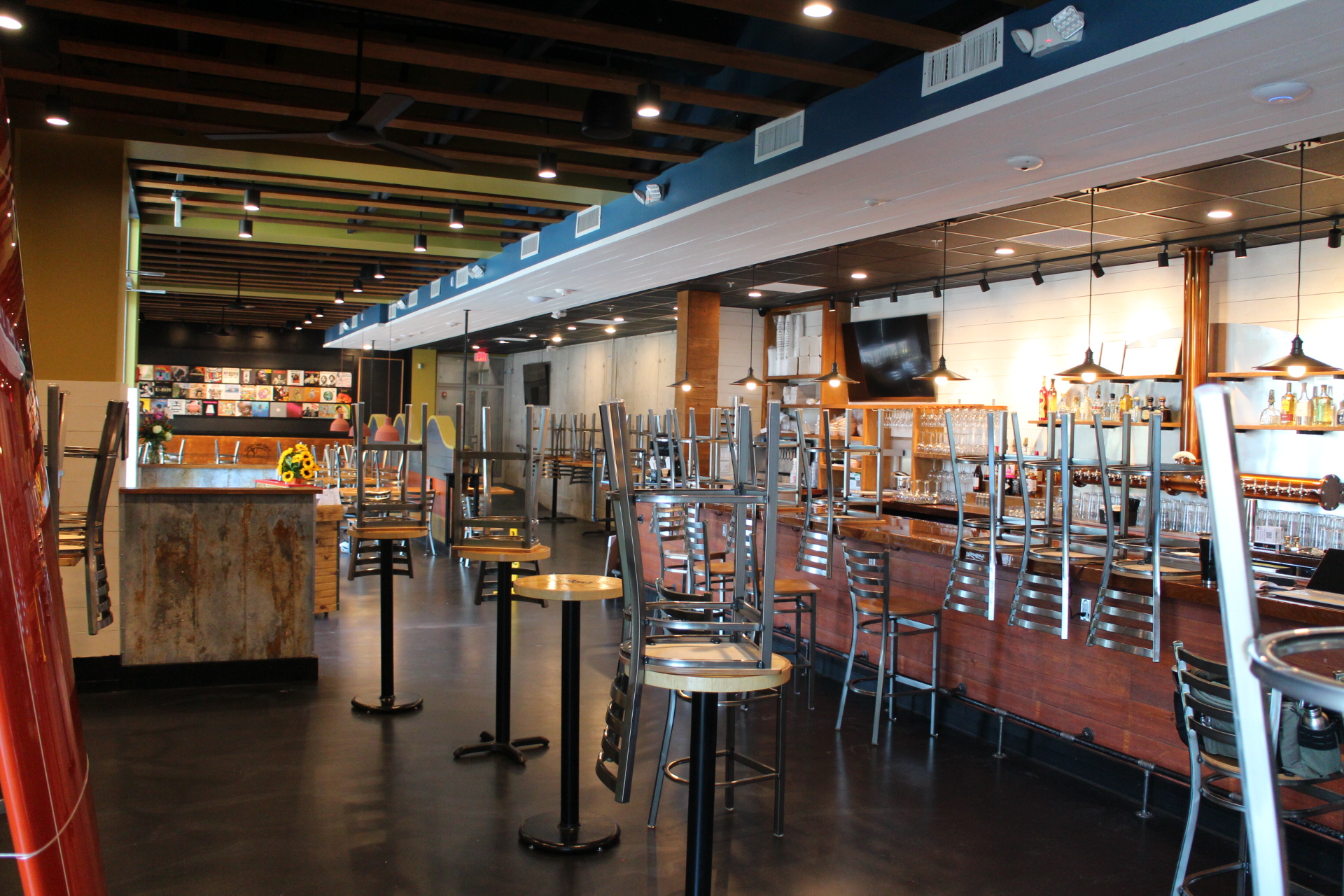 Cabo is opening initially for dinner only but plans to add lunch service later this month.

Cabo’s bar offers a dozen different margaritas and a sizable tequila selection. However, one thing that won’t be making the journey from Blacksburg is Cabo’s tequila club, wherein customers are given a card to log the different tequilas they’ve tried at the restaurant. Once they’ve had them all, their plaqued name is put on the restaurant’s wall. Harris said keeping the club organized was too difficult.

“I started that monster in Blacksburg when I was there and I do not want to bring that to Richmond,” he said, laughing. “It’s a logistical nightmare. If we could figure out how to make it digital, like if we could create an app to track it, maybe.”

The restaurant is initially open for dinner only and is closed on Mondays, but Harris and Karfarkis said they plan to soon add lunch service and be open every day. They have about 30 people on staff and are looking to hire another 20.

Cabo is leasing about 4,400 square feet on the ground floor of The Summit and has seating for around 110. Developed by locally based SNP Properties beginning in 2018, The Summit also houses 166 apartments across five floors.

Multiple other taquerias are en route to the Richmond region as well. Texas-based chain Torchy’s is planning to open a Carytown location this fall and another in Short Pump this winter, while local spot TBT El Gallo is preparing for another location in Willow Lawn.

If the southwestern fare, drink and ambiance are as good as the Cabo Fish Taco experiences I’ve had in Blacksburg, Charlotte and Roanoke, I expect Cabo will become an integral addition to RVAs impressive food scene. When the guys at SNP mentioned they planned to bring Cabo to RVA to me about 3 years ago, I was beyond thrilled. Whether you are a Hokie or not, Cabo is going to make life a bit sweeter. Love the addition.