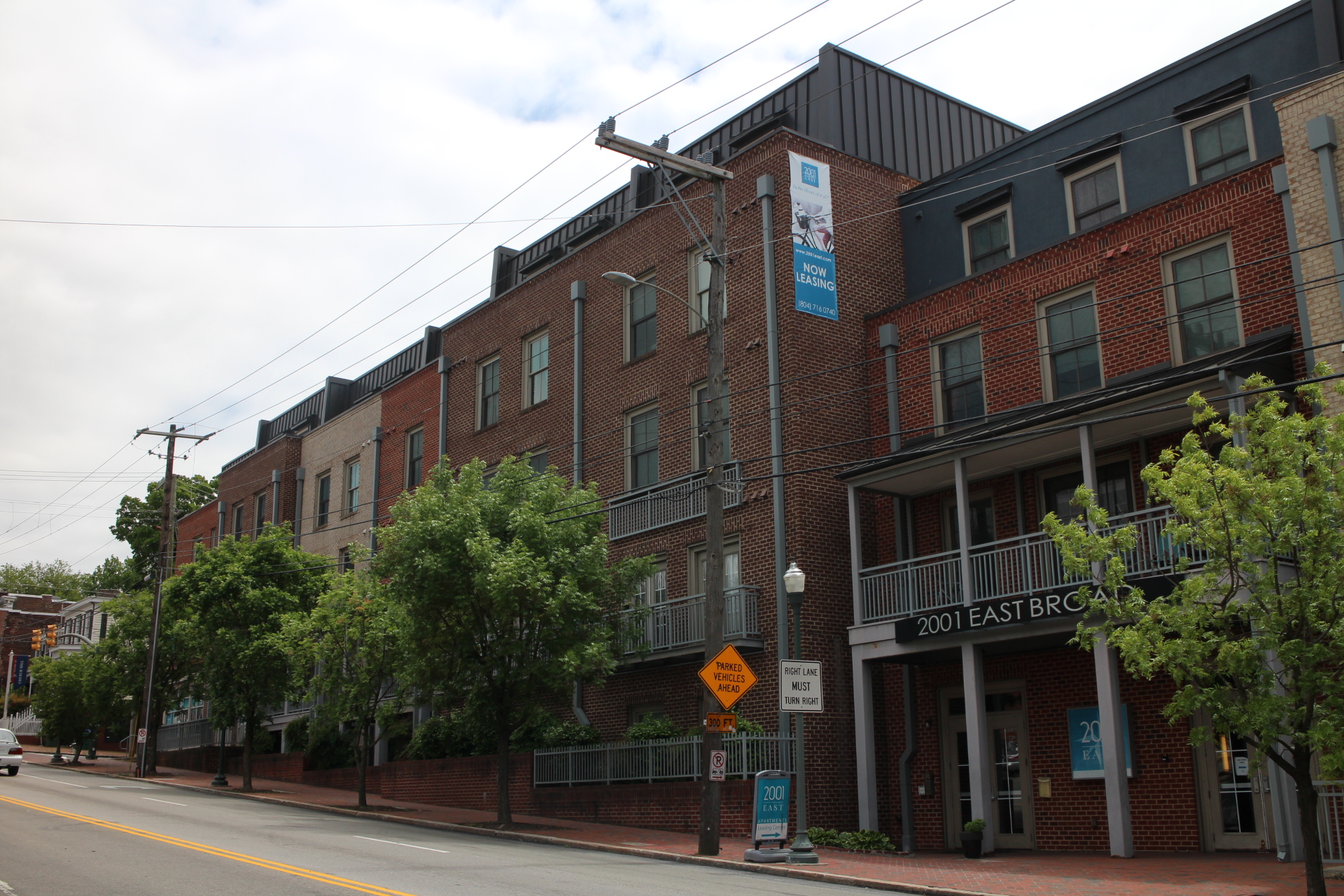 The building has a city block’s worth of Broad Street frontage near Church Hill. (Mike Platania photo)

A New York firm already well acquainted with the Richmond region has dropped another eight figures in town, this time on an apartment building that sits between Shockoe Bottom and Church Hill.

The deal is at least the seventh in the Richmond area for Mercer Street since the firm entered the market in 2017. In total, it’s done $77 million in apartment deals in Richmond.

The 75-unit 2001 East building was built in 2011 by local developer Chris Harrison, before it was acquired in 2017 by Thalhimer Realty Partners for $9.6 million. TRP was the seller in the Mercer Street deal, which closed April 20.

In addition to the apartments, 2001 East also has a roughly 2,700-square-foot commercial space that’s occupied by the Central Montessori School. The city most recently assessed the building at $11 million. 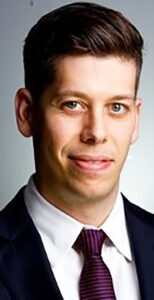 Mercer Street Managing Partner Joe LeVine said the company is planning some upgrades to the building, including increasing its internet speed, redesigning common areas and adding package lockers to the lobby.

“As with every investment we make, we look for ways to make the resident experience a little better,” Levine said.

He added that they anticipate rents will increase over time and that the building is regularly over 95 percent occupied.

Mercer Street’s largest deal in the Richmond area was its 2019 acquisition of the 150-unit South Bank apartments in Manchester for $23 million.

2021 was a particularly busy year for the firm as it bought the Star Lofts in Petersburg for $7.3 million, then closed out the year partnering with Spy Rock Real Estate Group to buy 2031 Westwood Ave. for $7.5 million. The Westwood building is currently leased to three office and industrial tenants, and Levine said they have no plans for it at this time.

Meanwhile, across Broad Street from 2001 East, local developer Zac Frederick is preparing to break ground on a condo and townhome project at the former Duke’s Auto site at 2018 E. Broad St.

Congrats to Ryan Rilee of One South Commercial for brokering this deal!

When I drive past that building I can’t help but think its been there for 100 years. The design, by local architect Ed Winks, truly fit into Shockoe. Construction management was provided by Spyrock, their very first deal in Richmond. Spyrock also turned around South Bank before selling it to Mercer, often partner with Zac Frederick, and are one of the finalists in the Diamond District competition. They’ve come a long way since entering the Richmond market.

Yeah, it looks okay. Unfortunately, I hear this kind of thing a LOT in Richmond — “all new development should like like a less interesting version of what was built here 120 years ago — it should be something that does not turn the head in either admiration or horror…” I remember when I lived in what had been a formerly wealthy Art Nouveau neighborhood in Berlin, how vacant lots were not being filled in by pale copies of handsome buildings that still existed, but daring new interesting new townhomes and I thought to myself “how refreshingly American” (after all… Read more »

You can’t be serious? I pass this all the time and think “great, it’s way too big to hope someone will tear it down and build something better anytime soon.” Massive wasted opportunity.

Ask your friend if they’ve ever been to Denver by boat. (hint).

Yeah! Upvote! Come to think of it, I don’t recall seeing a big waterway there — just something like a creek near that big milk-can ice cream stand…. Biggest “river” I remember encountering wasn’t even in the Front Range and I think was the Arkansas (?) River but that was not all that big either and didn’t look good for trade… I my defense, this friend is a native Virginian and MAY have some provincial Early American biases —- he is a major MAP nerd (in his living room he has an old map of Virginia-West virginia that looks like… Read more »

Yeah, i don’t even want RVA to be NOVA let alone NYC.

Not every inch of America needs to be overbought, overpriced and overbuilt.

Have you ever noticed how many people from NOVA and NYC look at RVA as a place to escape to?

yes, not only is it not too late, but it is VERY unlikely to happen — a false fear at best, a straw man at worst.

NOVA-ishness MIGHT occur, depending on how fast Charlottesville grows, along I-64-250, but there is SO much vacant land — VAST amounts of it (ever check out Downtown Buckingham or Cumberland???) that, if I were “worried” about such a thing, I would not be worried.

Hold on a second. First off, NOVA and NYC are TOTALLY different places from each other, just the GEOGRAPHY dictates that. Second of all, let’s not get into the NYC VS the South pissing contests — PLENTY of southerners move to NYC for various reasons and stay and always have — many of the folks who “escape” do it because they can’t afford the place, like San Fransico. And, conversely, many NYers in general move to places like Richmond just like many people from NYC move to places like Atlanta, Miami Houston and Dallas. Some of the issue, both ways,… Read more »

Further, I insist not only that the people coming from NOVA and NYC here is a good thing, but also that most of the positive developments that you (perhaps) appreciate is because of them (and others, including people from, say, South Asia, Europe, California, whereever) — not so long ago, people would not move to Richmond NO MATTER HOW cheap it was. Perhaps, you resembled why that was??

Back then the Erie Canal was in competition with the Kanawha Canal. Had the Kanawha Canal won that competition, Richmond would have competed with New York for much of the east coast commerce at that time with access to the Ohio and Mississippi Rivers.

Interesting take, even if it mostly because you seem to share the geographic provincialism that was ubiquitous in George Washington’s time. GW was a surveyer, and was more widely traveled than most colonial americans — but even he could not see anything close to a big picture and was of course blinded by provincial interests like everyone else. K canal and C and O canal failed because they were NUTS!!! Sure, linking the Chesapeake (or the James) and the Ohio would’ve been great, MAYBE as great as linking the Hudson with the Great Lakes, but I don’t think so. As… Read more »

Washington was a large landowner in the early western frontier, wouldn’t be surprised if he owned the land in the area of the Kanawha Canal.

Could not ever compete. Too long of a portage connection between the theoretical western end and the K river.

PPS — you know what confuses me? I like to identify the most underdeveloped resources in various places in my mind, and I CANNOT understand why much of the Potomac River and Chesepeake Bay are so under-populated. I have a neighbor from West Point and he told me the Yankees destroyed the beginnings of a railroad east from Richmond, but that can’t be the whole story — easy to build a railroad anywhere east of Richmond…. Speaking of Railroads, a Yankee railroad TRIED to successfully develop down the pennisula, but failed, and left behind Cape Charles “City” — maybe it… Read more »