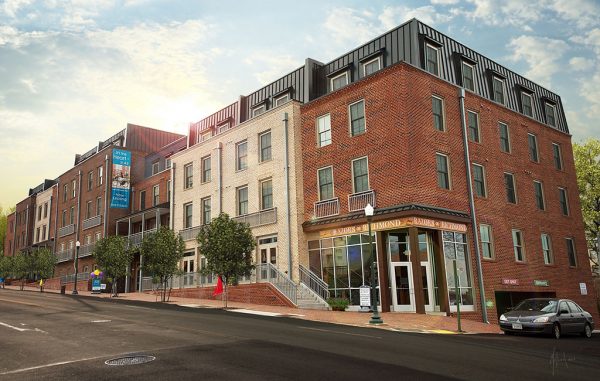 The 2001 East Apartments on East Broad Street were sold for $9.7 million.

A mixed-use development at the foot of Church Hill is now in the hands of a local real estate firm.

The seller was Arlington-based 2001 East Broad Street LP, which was represented by brokers Chris Chadwick and Marty Mooradian of Marcus & Millichap.

Constructed in 2011, the development fronts East Broad Street between North 20th and North 21st streets, housing a mix of 75 studio, one- and two-bedroom apartment units ranging from 550 to 900 square feet.

“With the surface and interior parking the property has, we think the space is more suitable for office tenants,” Wilshire said. “Retail also would work with that space.”

Wiltshire said the firm was attracted to the property’s proximity to downtown, the VCU medical school campus and increased commercial and residential activity in Church Hill.

“You’re seeing more changes happening in the neighborhood and it’s encouraging,” he said.

TRP’s other local investments include a stake in the Regency Square mall, the former Reynolds South site in Manchester – now dubbed City View Landing – and 1500 Roseneath Road in Scott’s Addition. 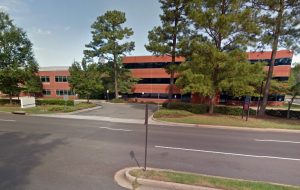 TRP joins several local investors staking their claim in the eastern section of the city.

Across the street, Zac Frederick, through his Crescent Preservation & Development Co., along with a group of local investors, has purchased the old Duke’s Auto Electric & General Repair shop at 2018 E. Broad St.

Meanwhile, out in Innsbrook, a pair of vacant office buildings at 4240 and 4300 Cox Road was auctioned off June 7 to an undisclosed buyer for nearly $6 million, Thalhimer broker Evan Magrill confirmed.

Magrill, who worked the deal with colleague Dean Meyer, would not disclose the identity of the buyer, as the deal still has 30 days to close. He said the initial bid for the buildings was $2.35 million.

“We had 44 signed confidentiality agreements and nearly as many tours over the past 60 days during the marketing period,” Magrill said.

Both structures were owned by an entity tied to New Jersey-based builder Banks Brothers Corp, according to Henrico County property records.

The two three-story buildings totaling 108,000 square feet most recently were assessed at $6.3 million, according to county records.

“I believe the activity was very high because the property is located in a thriving suburban office park, Innsbrook,” Magrill said. “It is the largest vacant block of office space in the submarket.”