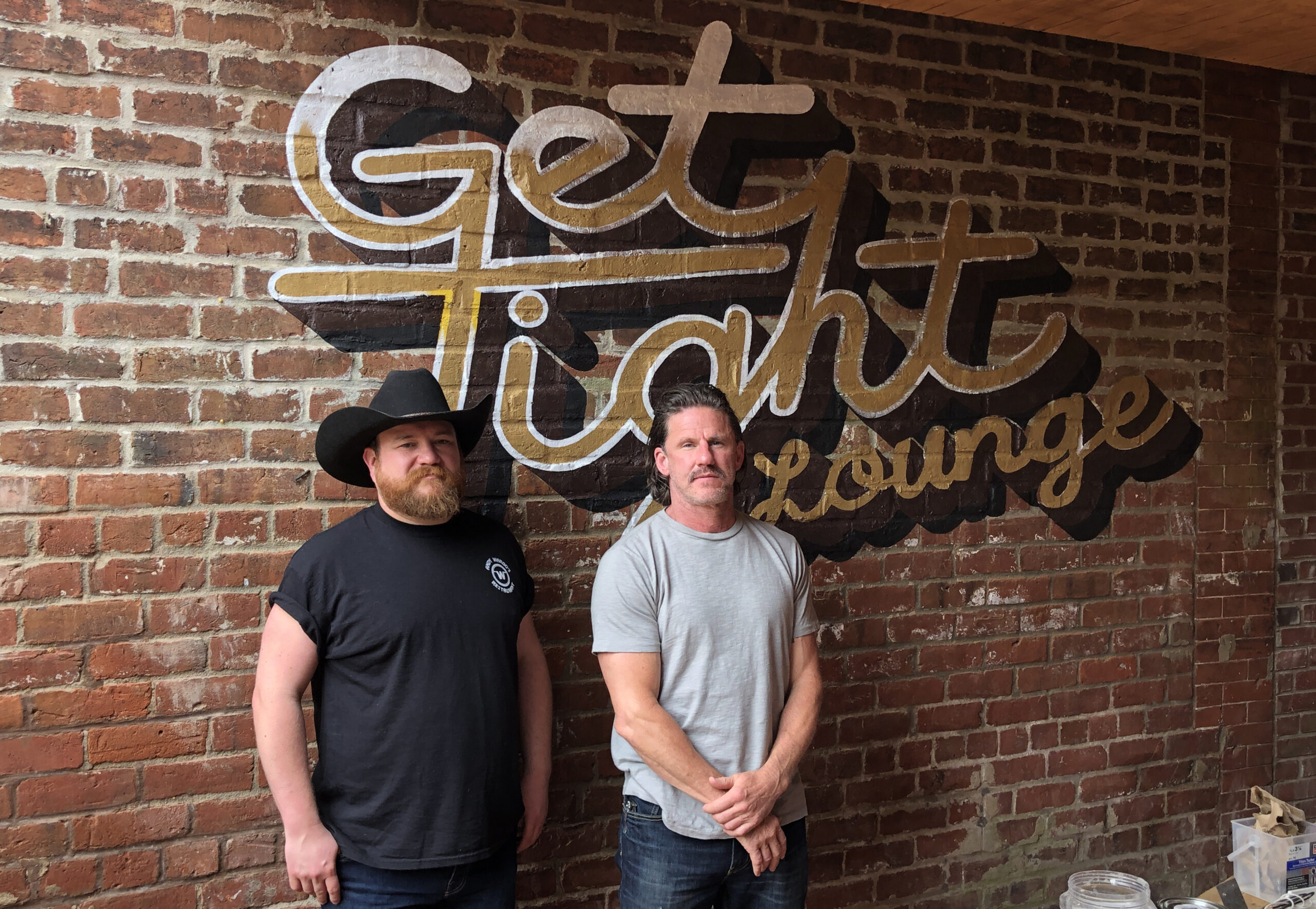 With mezcal on tap, an outdoor stage out back and a style of barbecue not easily found in Richmond, a pair of local restaurateurs are looking to bring new life to the former Roxy Cafe space in the Fan.

Randy O’Dell and Drew Schlegel are preparing to open Get Tight Lounge at 1104 W. Main St. near VCU.

On the inside Get Tight Lounge will serve Baltimore-style pit beef barbecue and house beer by a local brewery as well as myriad mixed drinks, while out back it’ll have an outdoor stage hosting everything from live music to Texas two-step dance lessons.

The duo, who’d gotten to know each other through mutual friends in the industry, each had an appetite for a new project after Schlegel sold his stake in Fuzzy Cactus in early 2021 and O’Dell similarly sold his stake in Beauvine Burger Concept, which he also co-founded with Stamper in 2017.

Roxy Cafe ended a 12-year run in the West Main storefront in February 2020, and O’Dell and Stamper were quick to scoop it up, with plans to turn it into a second En Su Boca by March. 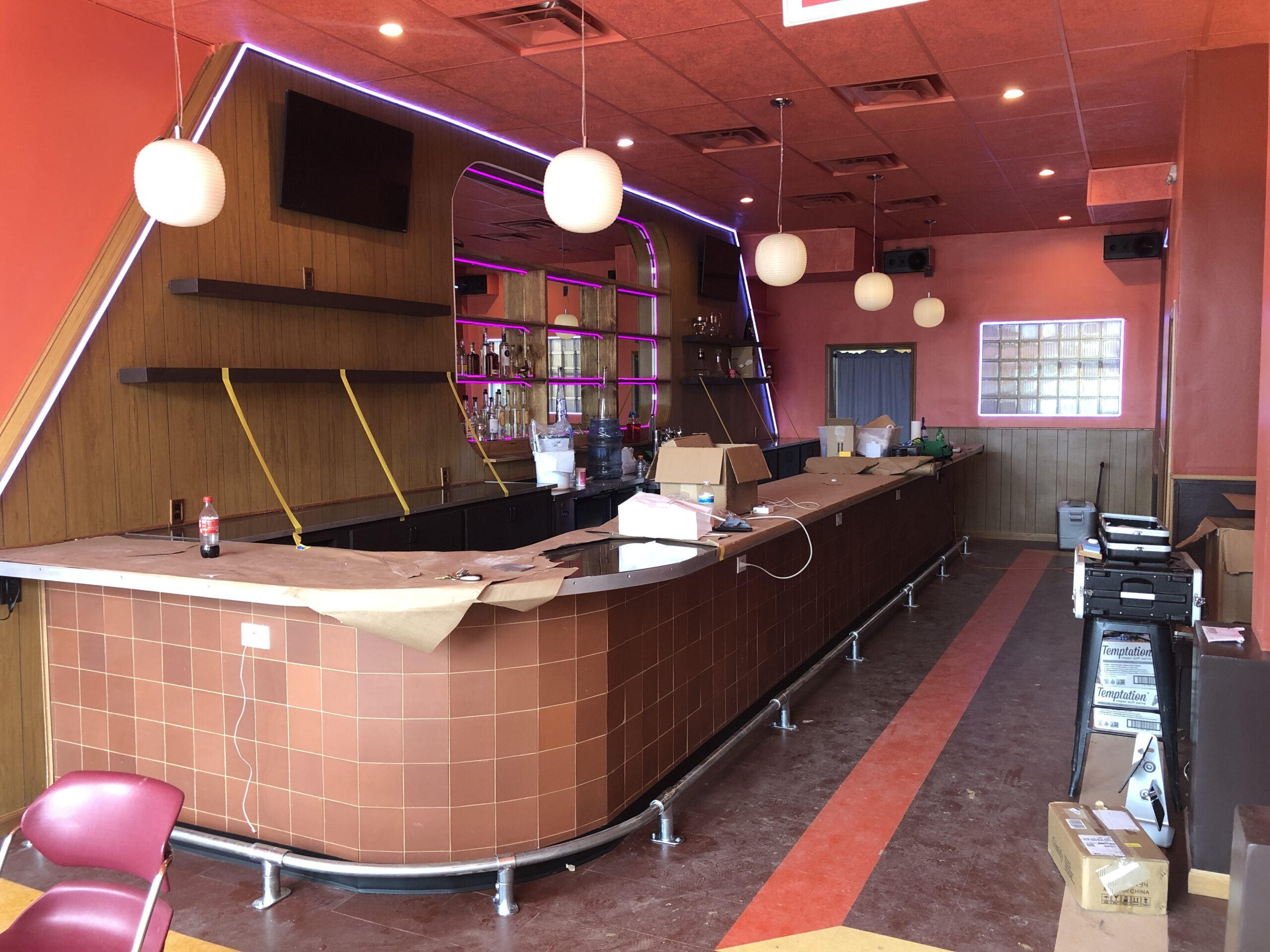 The new restaurant’s looking to invoke the 1970s with its design and color palette.

Those plans were derailed by the pandemic and O’Dell and Stamper were stuck paying rent on the empty space for two years. As the world started to open back up last year, O’Dell said Stamper was exhausted with the idea and didn’t want anything to do with it.

“Pat was out, and I wasn’t ready to give it up. I was emotionally attached to the spot. The potential for this space – I was just waiting for it to come available (for years),” O’Dell said.

“I took some time off and didn’t know what to do. I’d hit up Randy just to see what was going on,” Schlegel said. They discussed the Roxy space and quickly hatched a vision for it. “We were like ‘Hey, let’s give it a shot.’”

The duo will create a new event space out of an open-air storage area in the rear of the approximately 2,700-square-foot building. Schlegel said they want Get Tight’s stage to be a gathering place for artistic locals of all ages to hang out and perform.

“It’s for students, professors and neighbors. We want to embrace the (VCU arts) school and neighborhood. None of the too-cool vibe here,” O’Dell added. 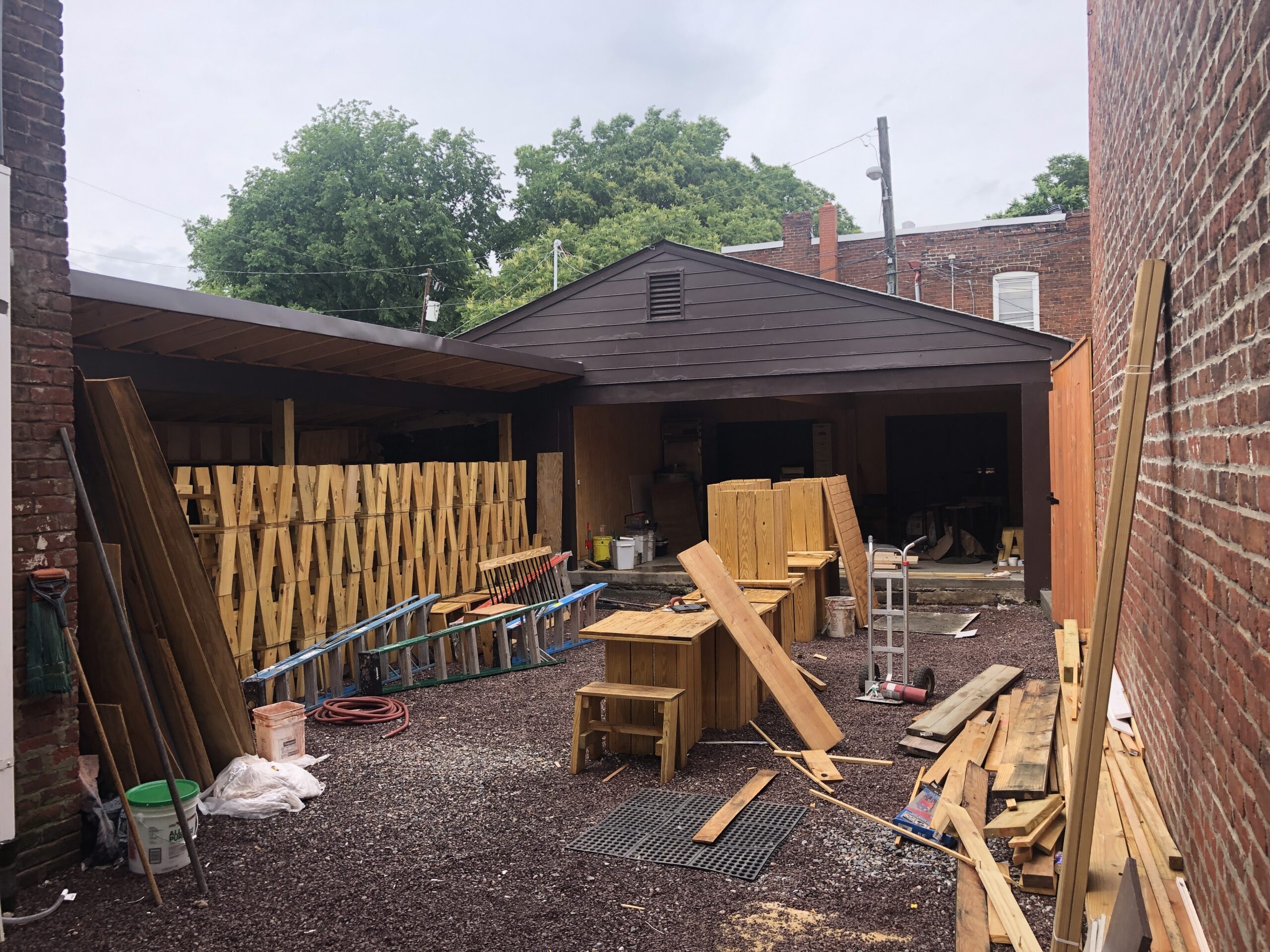 Behind the restaurant will be a stage and outdoor seating.

“We also want to do some Texas two-step dance lessons,” he said.

Get Tight’s food menu will be headlined by pit beef, which hails from Schlegel’s hometown of Baltimore. The dish is made from a big piece of round steak that’s dressed with a rub and cooked over an open flame, sliced thin and often put on sandwiches.

“They call it Baltimore barbecue. When you say barbecue to people, they assume it’s smoked, or slow cooked in an oven. They don’t think it’s cooked on an open pit,” Schlegel said.

“We didn’t want to do cuisine that was dependent on a chef that could go elsewhere. The thing that came to mind was something that’s easy, delicious and wasn’t around here, and that’s pit beef.”

Get Tight’s pit beef sandwiches will be topped with yellow onion, horseradish and a house-made barbecue sauce. Schlegel said they plan to pit-cook cuts of ham and turkey, as well as a vegan option involving beets.

“I’m excited to introduce it to people here who’ve never heard of it or had it,” Schlegel said. 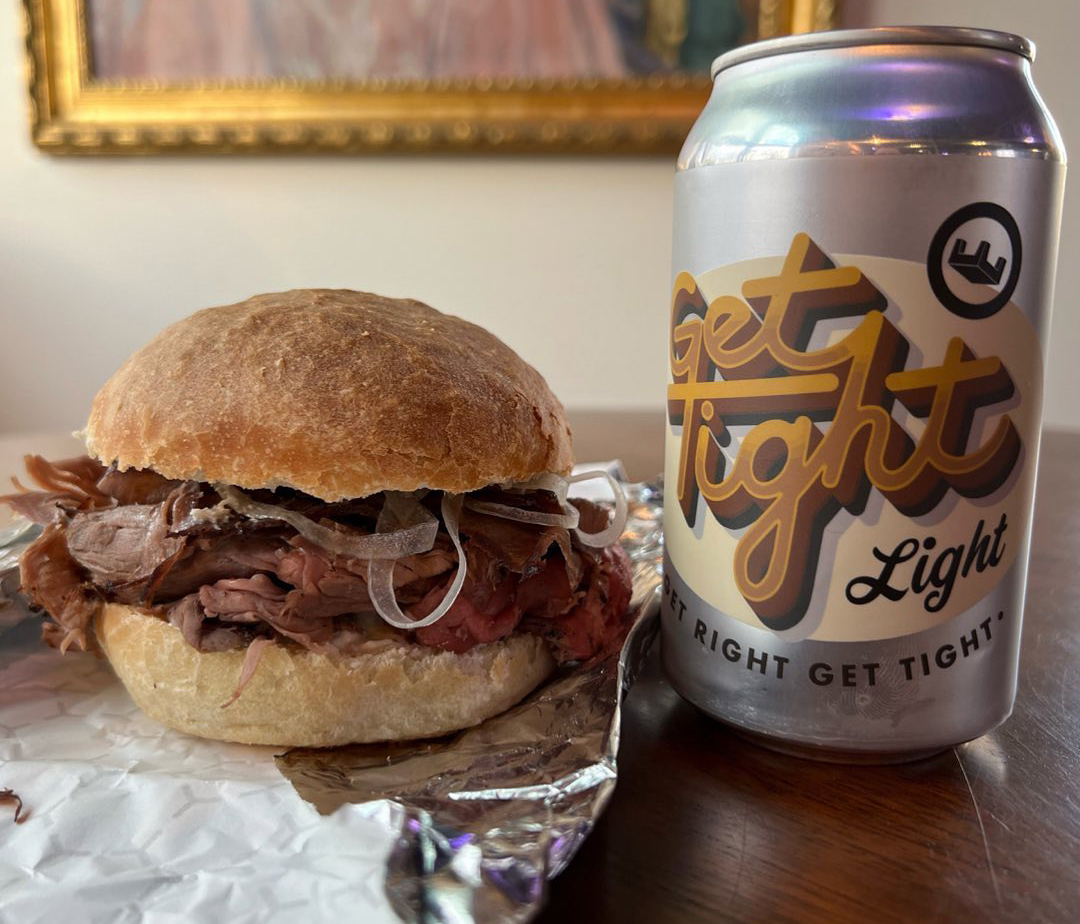 Get Tight’s pit beef sandwich and Get Tight Light lager. (Courtesy of Get Tight Lounge)

They’ve also developed Get Tight Light, a 4-percent alcohol-by-volume lager brewed for Get Tight by Tabol Brewing, a Northside brewery that Schlegel connected with while at Fuzzy Cactus.

Taps at Get Tight will pour mezcal, tequila and whiskey, and its cocktail menu will include things like a vegan horchata mezcal made with cold brewed coffee from Blanchard’s Coffee Roasting Co., which has a location just around the corner from Get Tight on Morris Street.

O’Dell and Schlegel said the name “Get Tight” is a reference to a slang phrase from the 1970s, usually meaning to go have a few drinks. The interior of the restaurant is also an homage to that era with its purple neon lights behind the bar and a color palette with muted oranges, browns and yellows.

“With all the wood paneling on the side, we want to make it feel like you’re hanging out at a friend’s basement, a kind of a retro vibe,” Schlegel said.

Schlegel and O’Dell are currently finishing up work on the space and hiring staff, with plans to open later this month.

“I can’t wait to see the response,” O’Dell said. “It’s so exciting. It’s something totally different.”

I have always wanted t try Pit Beef, so i’ll be there at least once.

Good news, will save me trips to Baltimore!