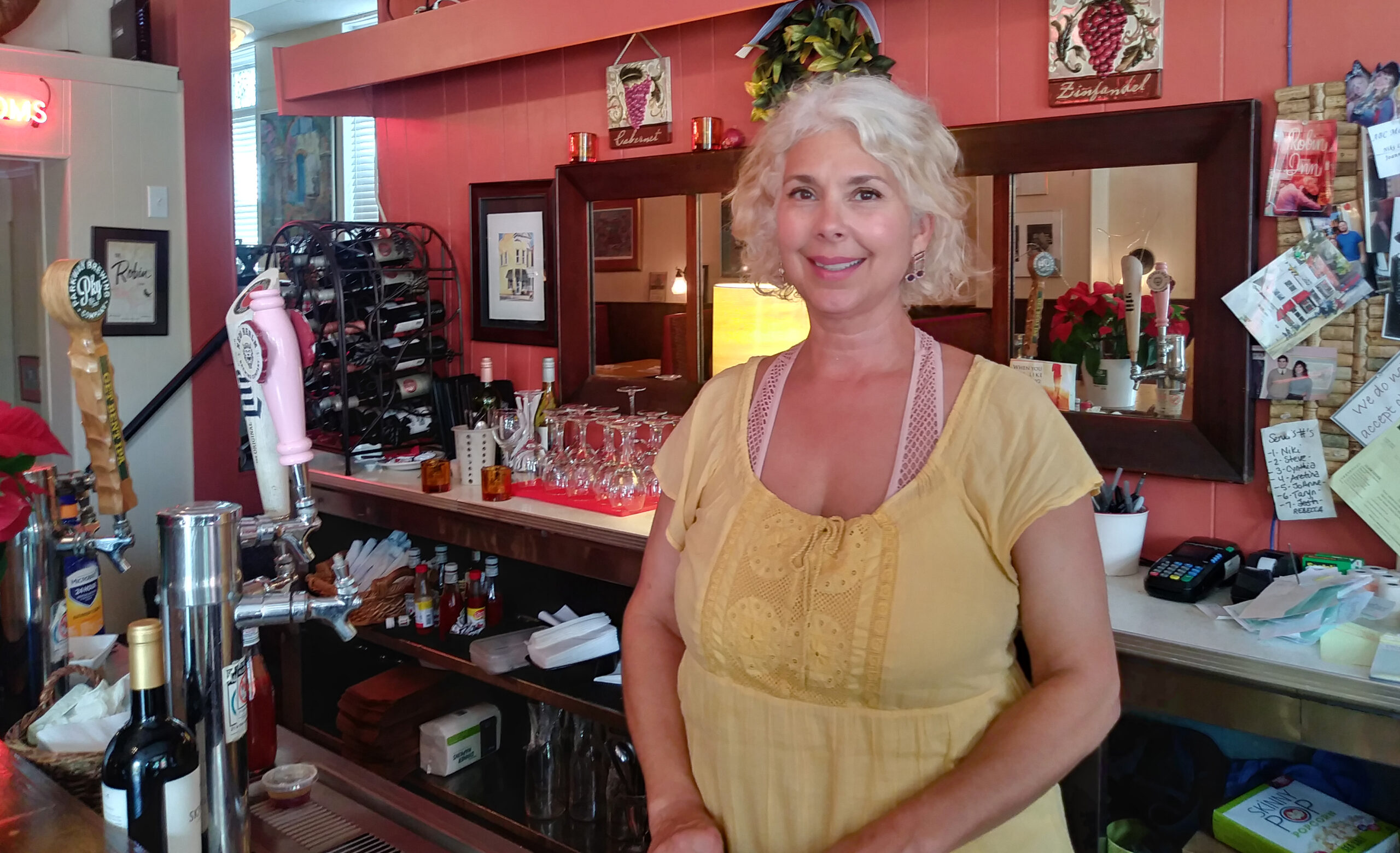 As a young girl in the late 1960s, Niki Loupassi would wrap herself in a checkered tablecloth and sit in the booths of the Robin Inn while waiting for her parents, Carol and Manuel Loupassi, to close down their family restaurant for the night.

By age 11 she began bussing tables there and went full-time at the Fan eatery as a teenager. By 1996, she took over ownership from her parents and has spent many of her days there since.

Now, Loupassi is looking to sell the Robin Inn, after nearly 60 years under her family’s ownership. If she’s unable to find a buyer, Loupassi said she’ll wind down the restaurant and look for a new tenant to lease the approximately 2,600-square-foot space at 2601 Park Ave.

Either way, June 18 will be the last day Loupassi intends to operate the business.

“I’m just really ready to retire and I’m looking forward to the next chapter,” she said. “It got to a point where I wasn’t as happy. I wasn’t enjoying my job the way that I should.”

Robin Inn has served Greek and Italian fare at the corner of North Robinson Street and Park Avenue since the late 1950s. Manuel Loupassi, Niki’s late father, immigrated to the U.S. from Greece in 1957 and got his first job in America as a dishwasher at a Holiday Inn. Seven years after arriving in Richmond, he acquired the Robin Inn and proceeded to run it for the next 32 years with Carol.

In that time he also built a sizable portfolio of real estate in the Museum District, one that included the former Gusti Restaurant Equipment & Supply building on Broad Street. In 2019, Loupassi began selling off his real estate holdings.

The Robin Inn also built up a collection of regulars. Niki said she now serves the children and grandchildren of folks that used to come into the restaurant back when Manuel ran it.

“I have customers come in and eat lunch and dinner (at the Robin Inn) on the same day. I have regulars who come in three-to-four times per week,” she said. “I do cater usually to an older crowd, but a lot of younger folks love it too.” 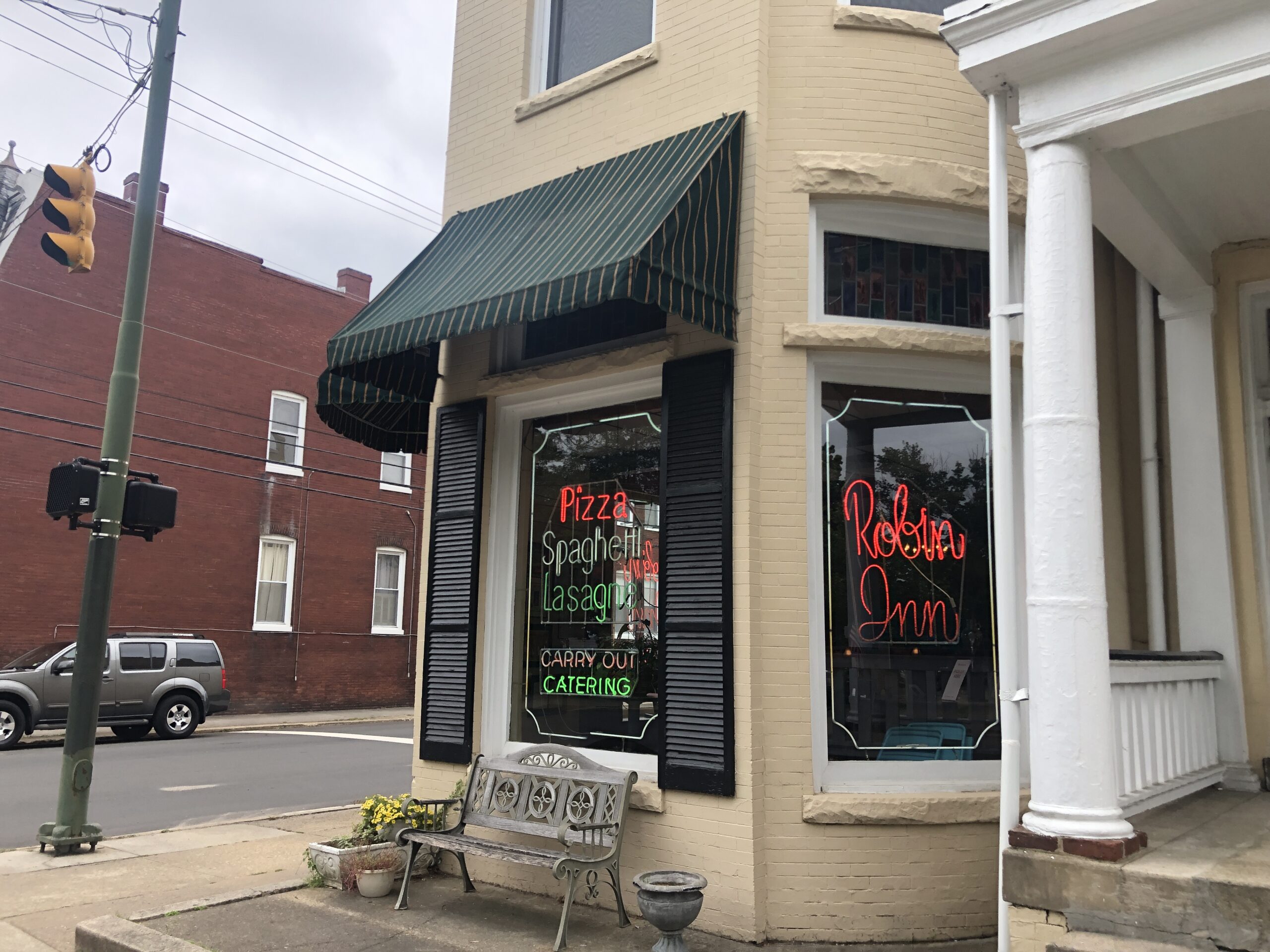 Located along Park Avenue, the Robin Inn’s been serving Italian and Greek fare since the 1950s.

Her 27 years at the helm of the Robin Inn didn’t pass without some tough memories, the pandemic and a recent rude customer among them. “People can be snippy sometimes,” Niki said. “If they’ve never worked in a restaurant, they don’t know the sacrifices people make working there.”

However, Niki said she holds most dearly the days she’d work at the restaurant with her father before he passed away last August at 84.

“Some of my happiest times were working there with my parents. It was so much fun working with them, so nice having the family work there,” she said. “It made it so much more effortless.”

Pollard & Bagby’s Tony Rolando is helping Loupassi in the search for a new operator. She said she’s hopeful she’ll be able to find another family to run the spot.

“What made my restaurant a family restaurant were my customers. If someone who has a family to run it could take it over, that’d be fantastic,” Loupassi said. “My type of restaurant, a true mom-and-pop type, is pretty much obsolete and will be greatly missed by the country.”

She said there’s already been some interest from prospective buyers, but that if no deal materializes by the fall they’ll begin marketing the space for lease. Loupassi will retain ownership of the building, which city records show Manuel bought in 1966 for $45,000.

Though Loupassi said she’d be willing to consult with a new owner on tweaking the recipes for the Robin Inn’s meat sauce, house dressing and lasagna – dishes she said are among the most popular – she said she’s focused on retiring and spending time with her family.

“Basically, I need to get the stress level down,” Loupassi said “But I feel proud of what I’ve done.”

Tell me it isn’t so….the Richmond dining scene just won’t be the same if Robin Inn eventually closes; hopefully, a buyer will materialize to keep this place rolling. Niki has worked hard and created a business that everyone loves- she deserves a well-earned break. Best of luck and good fortune!

Oh no! I’ve been a customer since 1980. Planning to carb load tonight at the Robin Inn for the MS150 this weekend. Hoping someone can keep it operating.

I used to live three or four doors down Park Ave, and I loved the Robin Inn! When family came in from out of town it was a great spot to take kids. We were always treated well, food was good and the atmosphere great. I fondly remember Sam taking my orders for the veal parmesan sub w/fries to go. Hope the RI survives. Great place, great people..

Oh no!! :/ My parents used to go there for date nights when they were VCU undergrads, and my sis and I and now our own partners return there often with them to enjoy a good meal. It is always cool to be greeted by Nikki while we are there, you can just tell the place means so much to her and how happy she was to see everybody enjoying it. I hope she does find a fam to take it over, I am gonna miss that chicken and spinach alfredo.

My wife, Marybeth, of over 40 years had our first dinner date at Robin Inn in 1979. I was a recent VCU business school grad and my wife starting the beginning of a 34 year education career. Had a great Italian dinner and a wonderful dining experience. Hope we have another chance too experience.

I used to go there a lot, times and tastes change but that doesn’t take away from years and years of service.

Fingers crossed a buyer comes through to keep this Richmond legend alive.

I didn’t realize that Mr. Loupassi had passed. I’m so very sorry to learn that and send peace to his family and friends.

I had a wonderful experience living near the Robin Inn and renting from Mr. Loupassi. I’ll miss this gem of a family restaurant. Best of luck, Niki.

We have been enjoying Robin Inn for more than 30 years. It has always been our favorite restaurant in Richmond! So sorry to learn they may be closing. Best wishes to Niki and her staff!

My heart is broken – although Niki has more than earned calling it a career after working so hard with her family for so many years to make the Robin Inn one of the best neighborhood restaurants anywhere in Richmond. Back in the 90s, I lived four blocks east on Park Avenue and my then-wife and I would walk up to the Robin in for dinner at least once a week (usually on a Sunday night). One of my absolute favorite places to eat. I hope and pray Niki can find a family equally dedicated as the Loupassi family has… Read more »

Lots of great memories and meals there. I probably ate at the Robin Inn more often than any other restaurant for the 5-10 years after moving to Richmond in 91. All of the Wash. & Lee grads who knew Niki’s brother migrated there for weekly meals. I can still hear their dad on the intercom announcing “Niki” when plates were ready to be taken out to tables.

Have lived across from the Robin for 30+ years. Could always count on a good meal at reasonable price. During storms or illness . . They’d even run things across to us if need be.

This family gave far more to our neighborhood than just food. They gave goodwill and a steady presence. Retirement is well earned, but they will be missed beyond words to express.

Thank you so very much for your contribution to our neighborhood. ❤️ 👏🏻