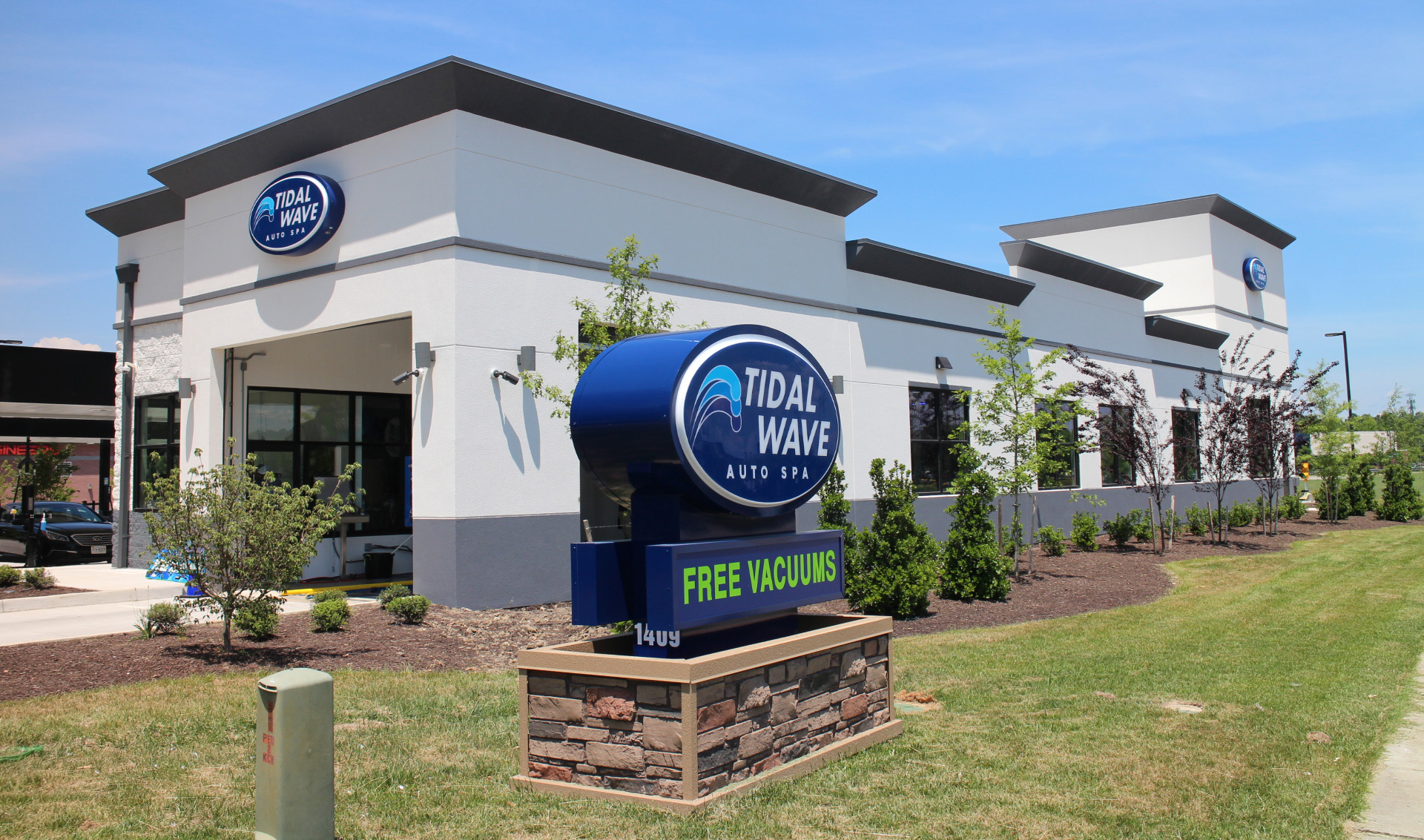 The car wash industry continues to take a shine to Richmond, as two out-of-town chains stake out five new spots around the region.

Sam’s Xpress, a Charlotte-based chain that’s had a foothold in Richmond since 2020 with a Midlothian location on Hull Street Road, has an additional three locations in the hopper: 8808 Staples Mill Road near Hermitage High School in Henrico; 5421 S. Laburnum Ave. near Richmond International Airport; and 11301 Iron Bridge Road in Chester.

The companies’ expansion plans are the latest signs of the booming car wash industry in Richmond in recent years.

Local operators like Hogwash Express Car Wash and Flagstop Car Wash have increased their footprints all over the region, while national operators like Tommy’s Express and Green Clean Auto Wash have established their presence in Richmond, often with multiple locations. An RV-specific car wash has even gotten in on the action, opening in Hanover last year.

Henderson confirmed that in late 2020 Tidal Wave received an investment from California-based private equity firm Golden Gate Capital but declined to disclose the amount. Trade publication PE Hub reported at the time that the investment was around $950 million. 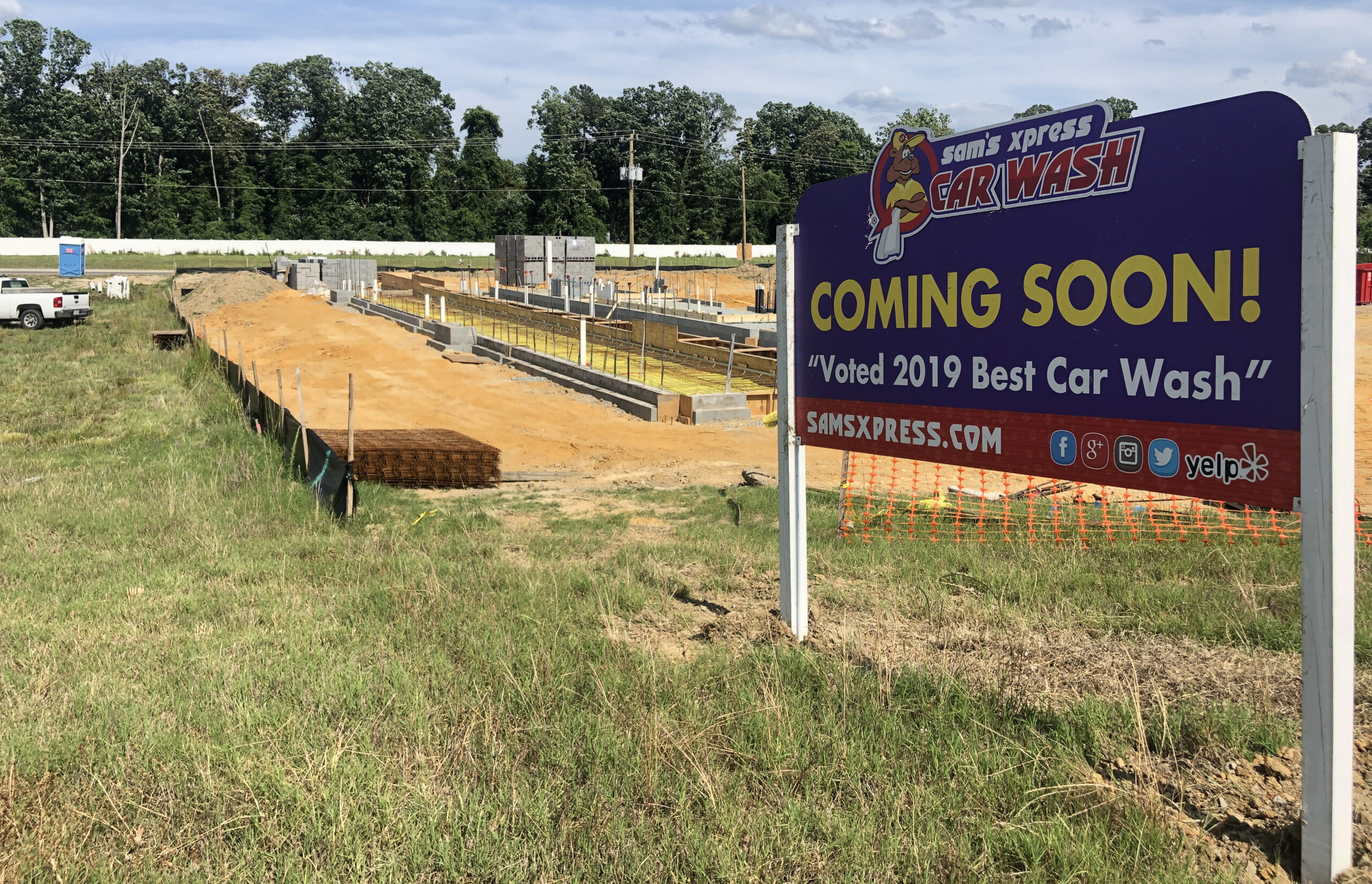 “You get to a point where you have to go all-in on growth. We feel there’s a lot of opportunities in places we’re not in,” Henderson said. “We think in the next three to five years we could have, easily, 15 locations in the Richmond market. We think in Virginia, we could have 50 to 70.”

The 23-year-old company has most of its locations in the Southeast near its homebase of Thomaston, Georgia, but Henderson said Tidal Wave’s spent the last few years expanding westward into the Midwest.

Tidal Wave is leasing the sites where it’s building in Richmond, but Henderson said they look to be their own landlords when the prices are right. Other operators have taken that approach, most notably Tommy’s Express, which spent nearly $5 million for a pair of sites near The Diamond and in Midlothian.

A Sam’s Xpress spokeswoman confirmed the company’s expansion plans for Richmond. Work is underway on the location at 5421 S. Laburnum Ave., while the 8808 Staples Mill Road and 11301 Iron Bridge Road spots are in the planning phase.

With reports that prices on new and used cars are now up by 12 and 40 percent from last year, respectively, drivers may be holding on to vehicles longer and flocking to car washes to better care for their rides. Henderson theorizes that drivers are now looking at washing their cars as part of their routine maintenance.

“Taking care of your vehicle well includes not just the engine and tires, but making sure it looks good, especially in markets where you have pollen, road salts, or sand in the southern environments,” he said. “I do think customers view exterior and interior car care as part of good car maintenance.”

Old SunTrust at Sturbridge Road had a sign for several months that “Wave Car Wash” was coming soon but I think that deal fell through. Is Wave the same is Tidal Wave? The old coming soon sign is still visible in the street view from 2021.

The wave car wash you are referring to just wrapped up bidding for subcontractors. I would expect ground breaking in the very near future.