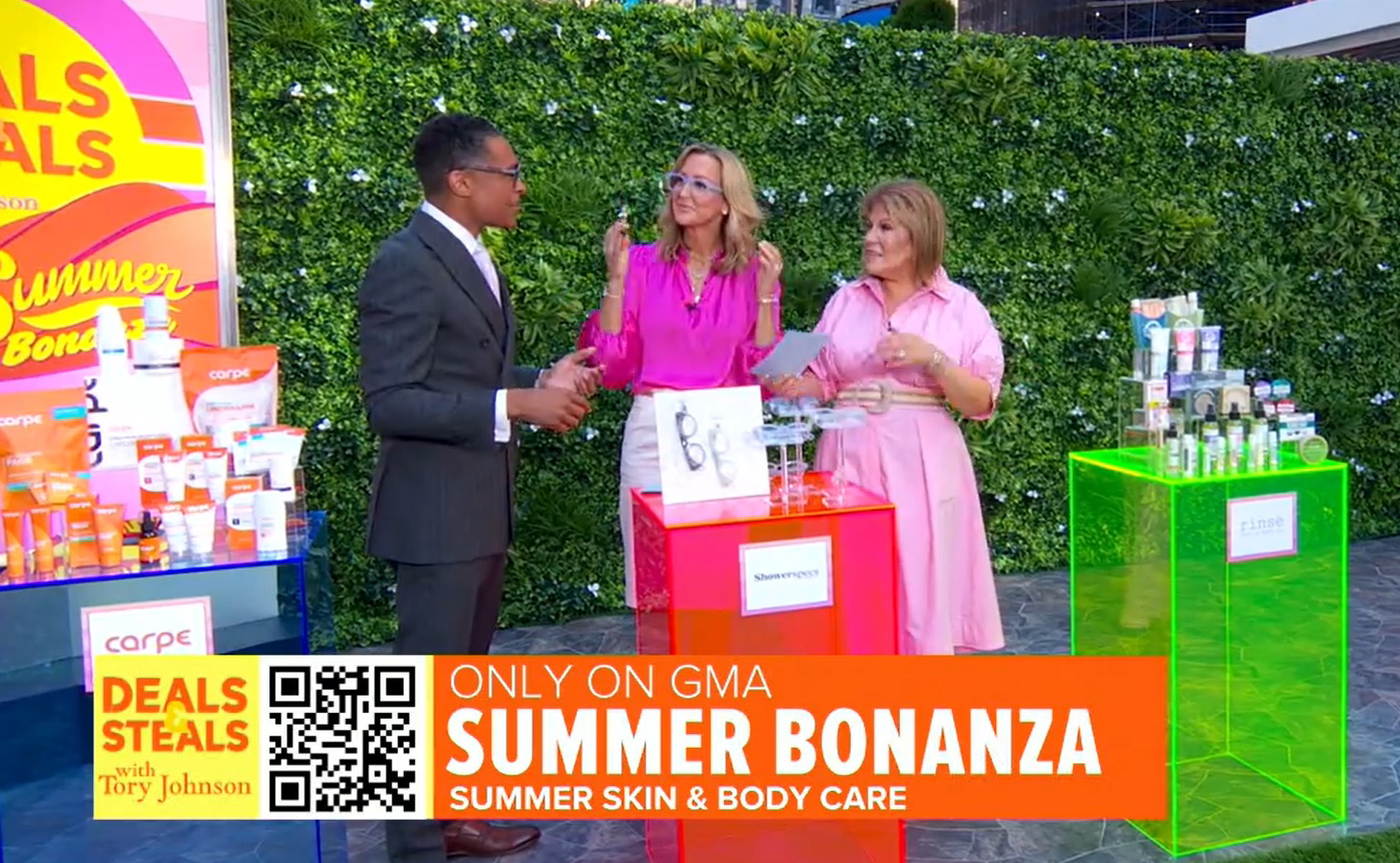 A Richmond-born line of fog-resistant glasses was in clear focus last week for viewers of a national morning news show.

Deals & Steals’ Tory Johnson presented the glasses to GMA hosts Lara Spencer and T.J. Holmes, who tried them on and discussed their usability for reading products in the shower as well as with facemasks that can likewise cause regular glasses to fog up.

The appearance was a highpoint for Showerspecs since Spurrier launched the line last year after three years of R&D. The CEO and namesake of Richmond marketing firm Spurrier Group said she saw a bump in sales Wednesday as the segment aired across time zones.

While she had planned to pitch Showerspecs for appearances on TV, Spurrier said the Deals & Steals appearance resulted from GMA discovering the product when she was showing it at the “NY Now” trade show in New York City in February. 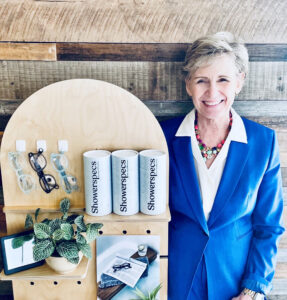 Donna Spurrier with the Showerspecs line she launched. (Photos courtesy of Spurrier Group)

“They had a scout looking for products to feature. We also get a lot of requests through our social media platform. That’s how Shark Tank found us,” Spurrier said in an email, referring to the business pitch show also on ABC.

“We also got approached by the rep for Walmart, Target and QVC, but we really want to understand our user base before getting into any super high-volume deals and GMA was the best opportunity,” said Spurrier, who likewise agreed it was too early to pitch Showerspecs on “Shark Tank.”

Developed with Henrico-based Spark Product Development, Showerspecs feature a water-repellent and anti-fog coating that Spurrier has patented. The glasses come in three colors and are designed so they can hang on a hook that can be mounted on shower tiles.

The glasses retail for $85, as do a sister line of more fashionable, everyday readers called Clearspecs, which Spurrier also launched last year. The Deals & Steals offer, which was one-day-only, cut the cost 50 percent to $42.50.

Spurrier wouldn’t disclose sales numbers or revenue, but she said her first order of Showerspecs nearly sold out, requiring a restock before the GMA promotion. By last year’s launch, she’d put about $150,000 into the venture, which produced an initial run of 300 Showerspecs and 900 Clearspecs.

“We have no idea how it will go, but we do know that we have not had any returns of the product, which we currently sell direct-to-consumer online. That’s a great testimony!” she said in the email. 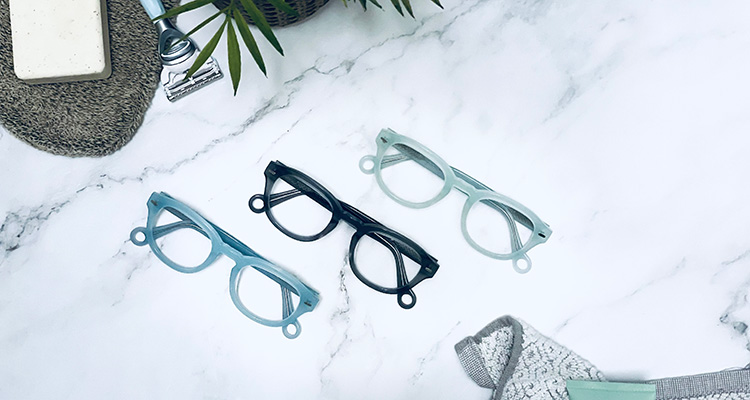 The water-repellent and anti-fog glasses come in three colors.

Showerspecs follows other Richmond-tied businesses that have found their way onto TV.

In April, No Limbits, an apparel brand for amputees that’s relocating its headquarters from Iowa to Richmond this year, appeared on “Shark Tank” and landed a deal with sharks Mark Cuban and Emma Grede for $100,000 for a 10 percent equity stake.