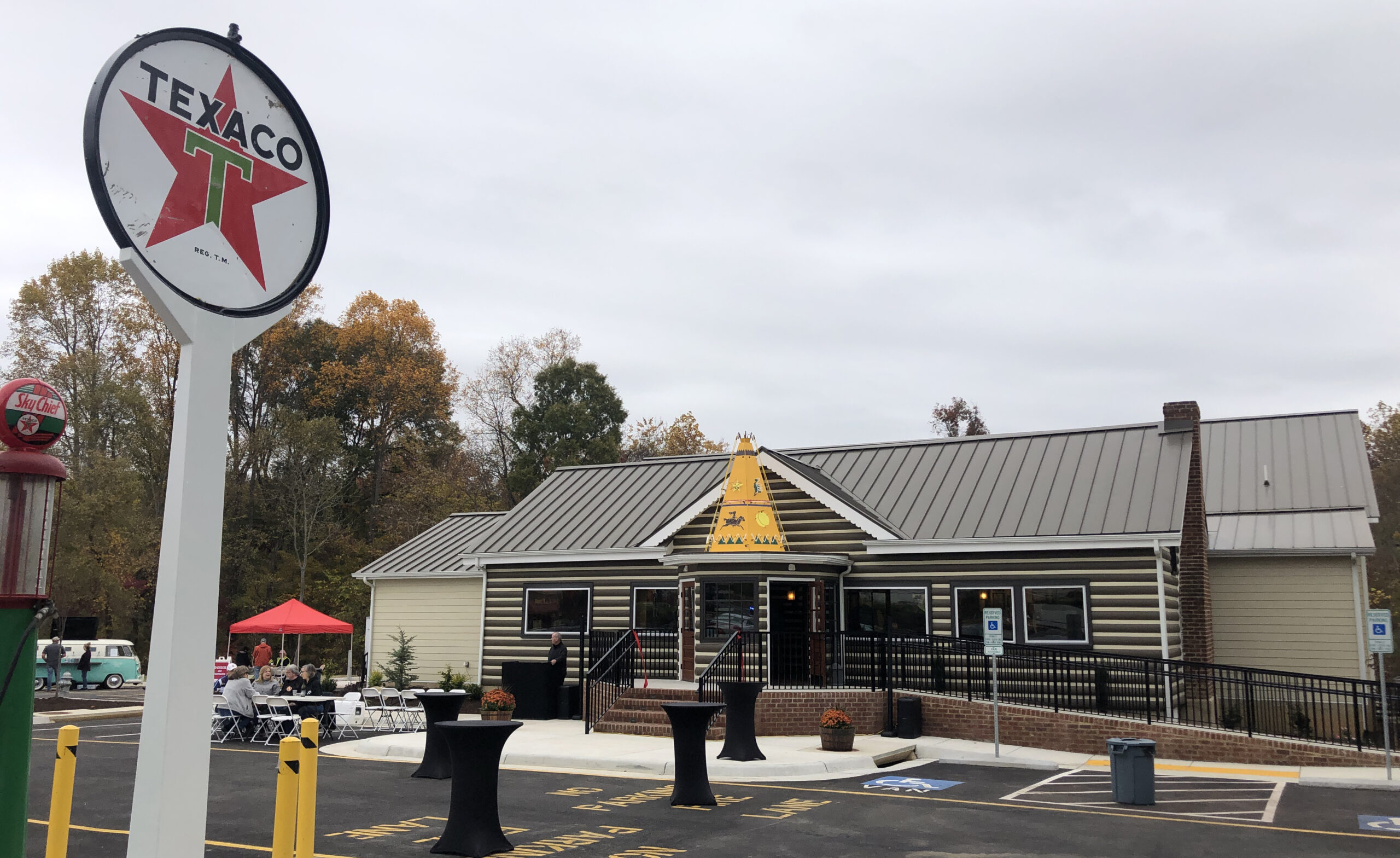 This century-old log cabin was relocated and renovated in Hanover. (Mike Platania photos)

A once-popular dance hall from the 1950s has been given new life in Hanover.

In addition to the revitalized log cabin, the project also includes a from-scratch 15,000-square-foot commercial building and a readied pad site next door.

The log cabin has been in the family of Motleys owner Mark Motley since the early 1970s. Prior to their ownership, the Wigwam was a popular motel, restaurant and nightclub for travelers driving down Route 1, but closed not long after Interstate 95 was constructed. 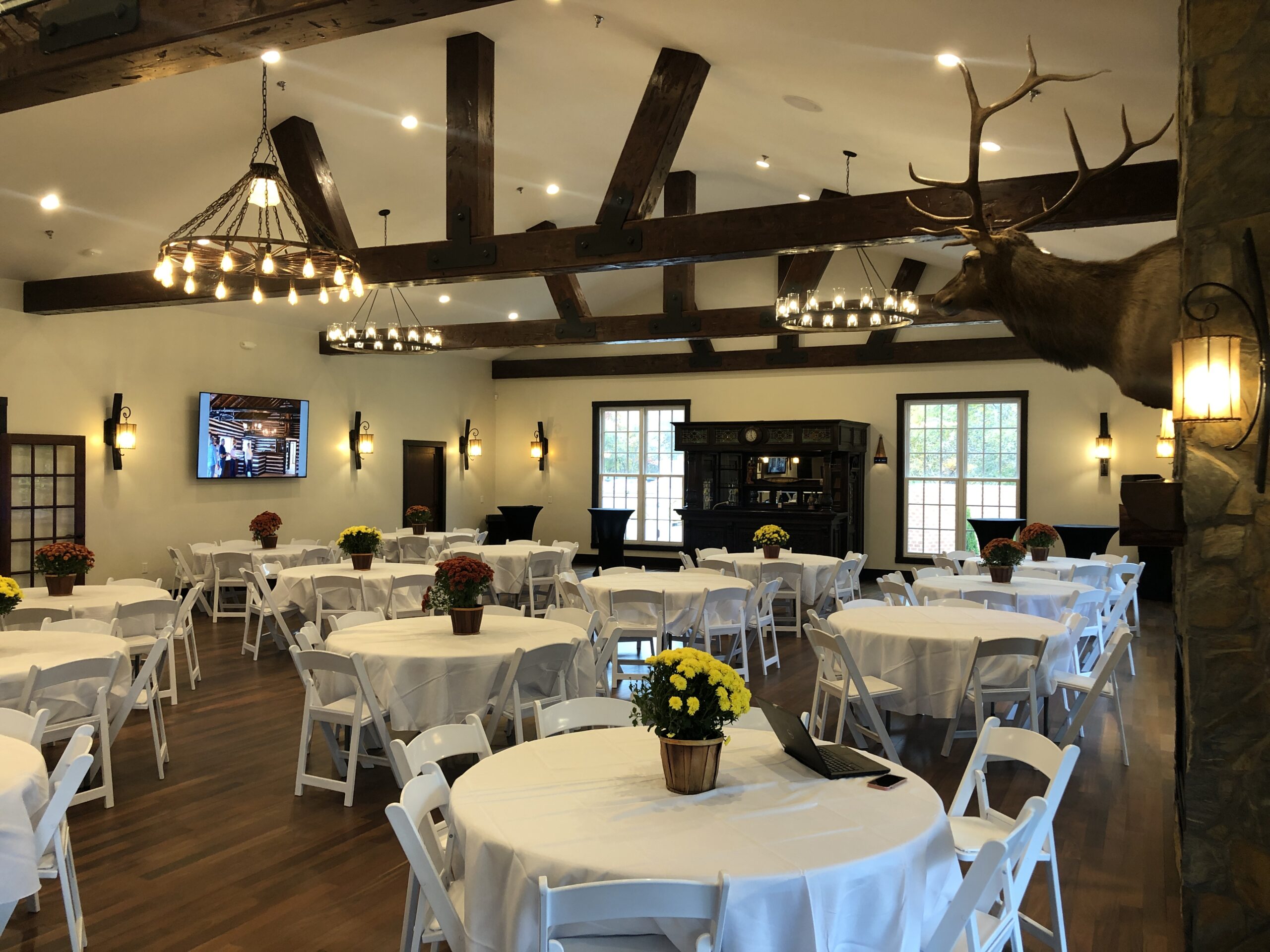 A 4,000-square-foot addition was made to the cabin to add a ballroom.

The cabin was relocated to the back of the property in 2020, where it was renovated into an event space. It was also expanded to include a ballroom and rear patio.

Motley said it was a labor of love to restore the Wigwam.

“Any time you get into renovating an old building, it’s more expensive. But we wanted to preserve it in the original condition and give it modern amenities,” Motley said. “I’m really happy with the way it turned out.”

During the renovation process, Motley said they found some relics from the Wigwam’s heyday.

“We found one of the old menus from the original Wigwam with a western T-bone steak for $3 and shrimp cocktail for 90 cents,” Motley said. “There’s a lot of nostalgia in there.” 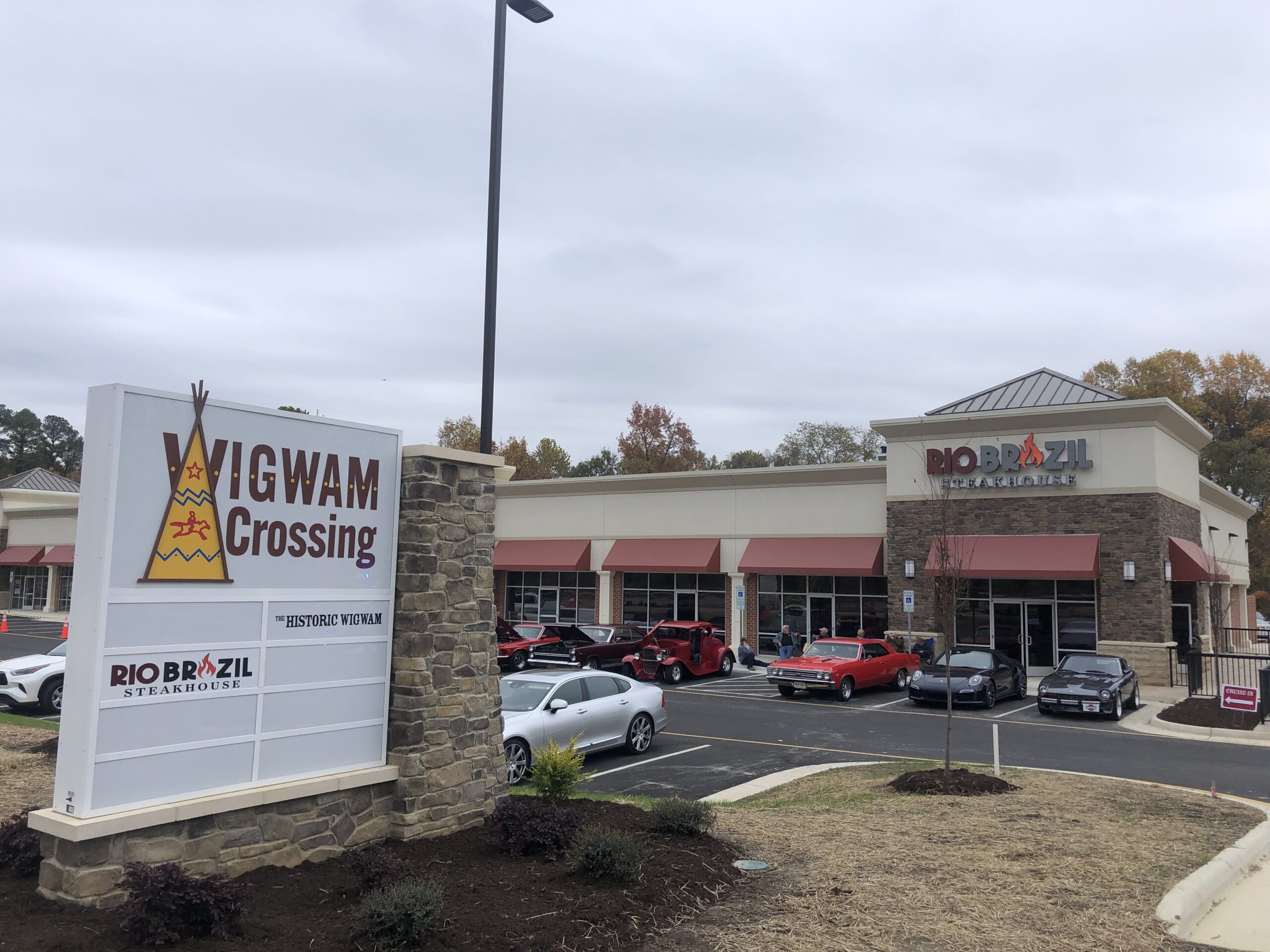 A steakhouse run by local operators is the first tenant to sign on for the new shopping center.

About 9,000 square feet of space remains available for lease in the center. Phillip Baxter and Cameron Parker of  SVN Motley’s commercial brokerage arm have the listing.

The last phase of the shopping center is a 0.75-acre pad site. Motley said they’re marketing that as a build-to-suit opportunity.

Thank you for preserving this feature!