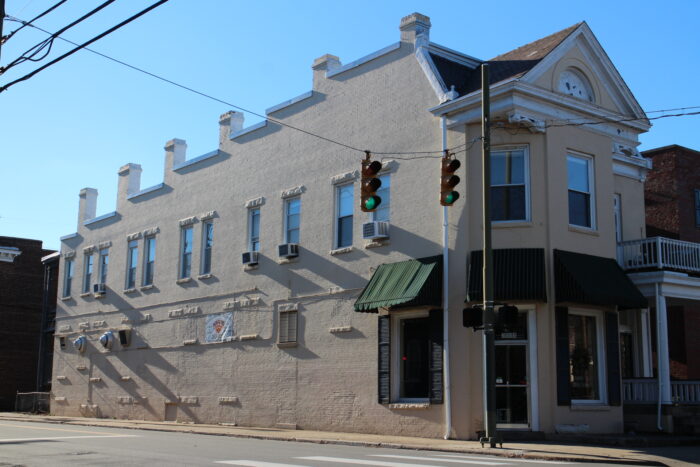 The building at the corner of Park Avenue and Robinson Street housed the Robin Inn for nearly six decades. (Mike Platania photo)

A taste of Philadelphia and South Jersey is coming to the Fan, courtesy of a pair of local restaurateurs.

James Kohler and Mike Epps are preparing to open Stanley’s in the former Robin Inn space at 2601 Park Ave.

Kohler was once beverage manager at the recently closed Saison in Jackson Ward and more recently was co-owner of Brenner Pass and Black Lodge in Scott’s Addition. Epps is a co-owner of Church Hill burger joint Cobra Burger.

The menu for Stanley’s will include hoagies, cheesesteaks, chicken cutlet sandwiches and other dishes associated with Philadelphia and southern New Jersey. The restaurant is named for Kohler’s grandfather, who immigrated from Poland to the Northeast.

“I grew up going to delis and I lived in Philly for a while,” Kohler said. “That’s where I fell in love with this stuff – the hoagie versus subs and sandwich. (Epps and I) were like, ‘It’s tough to find that exact thing in Richmond that’s doing it the way you could find there.’”

In addition to plenty of hoagies, Kohler said Stanley’s will also offer tomato pie, a pizza-adjacent dish that he said is mostly found only in Philadelphia.

“It’s like focaccia in its consistency, but it has a thickened red sauce on it. It’s a lot thicker than what you’d find on a Neapolitan or New York-style pizza,” Kohler said. “Traditionally it’s served at room temperature with no cheese, just herbs and sauce.”

Stanley’s will have a cocktail menu and be open late, and Kohler said that while they haven’t decided if they’ll do lunch or breakfast, if they do, they’ll be sure to include a breakfast sandwich with Taylor Pork Roll, another Jersey and Philly delicacy.

One challenge of bringing Stanley’s to fruition was finding a space that fit a concept, Kohler said.

“That was the hardest thing, just trying to find a spot that had the right feel. We didn’t want to be in new construction or anything like that,” he said.

Kohler said he was driving through the Fan one day and passed 2601 Park Ave., where the Robin Inn closed last summer after nearly 60 years in business. He immediately called Pollard & Bagby’s Tony Rolando and Lebs Breeden, who had the listing, and secured the space.

“Given the history of the building and the owners who ran the Robin Inn forever, it had exactly the right feel and was already on a similar wavelength for what we’re trying to do,” Kohler said.

Kohler said they’re currently doing some minor renovations to the roughly 2,600-square-foot space and they’re hoping to open by March.

Once open, Kohler said he hopes Stanley’s can serve the Fan much like the Robin Inn had.

“It’ll be stripped back a little, not super fancy by any means. We really want it to be an everyday neighborhood spot,” he said. “We’re trying to do a revitalization of what that place was but for people of the generation that didn’t grow up going there.”

Yay! Very excited about this- the “Robin Inn type” restaurant would be an authentic fit in South Philly and perfect for the proposed concept. Wishing Stanley’s many years of success in the Fan!

I’ve been hoping for breakfast that includes pork roll. Make it happen!

Glad I am not the only one who raised his eyebrows at pork roll making an appearance on a Richmond menu!

It sounds perfect for that spot. Richmond needs more low-key, neighborhood joints, where you can grab a sandwich and it doesn’t cost you $25.

Agreed and I’m not even from that area I’m from Colonial Heights. Kinda surprised that so many places charge so much up there with the caliber of neighborhoods around them.

Caliber of neighborhoods? Take a look at some real estate prices and get back to us. Houses in the Fan are approaching $1million.

Yeah, they’re ridiculously expensive because so many people from New Jersey have moved down here and priced out the locals. Robin Inn was never fancy but the prices were always reasonable. These people will no doubt charge joysey prices for all their food.

Can someone explain the difference between a hoagie and a sub for me? I’m a southern boy, not from Jersey.

Both terms are just the same name for a grinder 😛

Bruce, a sub is from New York and a Hoagie’s from Philly. Growing up in Somerset County NJ, one of our favorite hangouts was the Hoagie Hut. If you went north of Route 78 or east to Union County, they were subs. Thanks for asking. 😉

Awesome, looking forward to this place

Gotta make sure to have a roast pork, broccoli rabe and sharp provolone hoagie on the menu!

A deli with authentic menu items will be welcome in the city.

Awesome – I lived in the Lehigh Valley and really miss that stuff – especially tomato pie! It’s awesome – I was a huge fan of the tomato pie from the old Easton Bakery. So good.

Looking forward to another spot I can walk to from the office. Sounds like a great concept! Good luck!

There is no such thing as “Taylor Pork Roll”. It’s either pork roll OR Taylor Ham, depending on where you are. That said, I am looking forward to this addition to the neighborhood! (And some pork roll!) 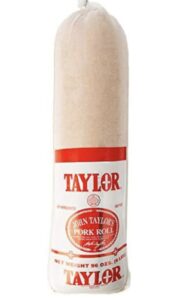 You can tell a lot about a fella depending on if they call it “Taylor Ham” or “pork roll.”

You haven’t spent much time in Jersey, have you?

JL, nobody cares what the package says. IYKYK — It’s either Taylor Ham or Pork Roll. 😉

Excited to hit up this jawn.

Why would anyone downvote this jawn?

You had me at Taylor Ham. Taylor Ham is my weakness. I am a Jersey girl, turned Chef. But, that is one sandwich that will forever hold my heart, but that depends on the bread. The bread changes everything. But if I have to order Taylor Ham, Egg, and Cheese on a bagel in Virginia, I tend to have lower expectations.

When you bite into the roll, you need to get crumbs on your shirt.

I hope they have fried pierogies as a side! I’m from Allentown. We never had French fries as a side with our cheesesteaks – always pierogies!