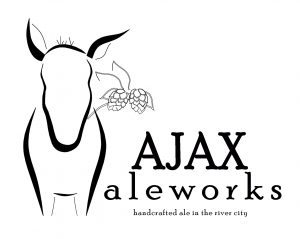 Coleman Stump and Josh Bennett are in the process of launching Ajax Aleworks, a craft microbrewery that will make 15 to 20 brews on a rotating, seasonal basis.

The two are in talks to lease a 1,300-square-foot space in Manchester, about five blocks from the Legend Brewery at the corner of 2nd and Decatur streets. Ajax plans to set up a four-barrel brewing system, enough to make eight kegs at a time.

Stump and Bennett have about 25 combined years of home-brewing experience. They have been looking into starting the business ever since they began brewing together two years ago.

“I always thought that I would try this one day,” Stump said. “We thought, ‘Wouldn’t it be great to do this for real, and not just for ourselves?’”

Ajax’s prospective building was formerly a carriage house. Stump said it would be a fitting spot for the brewery because the company’s mascot is a donkey named Ajax, a reference to a prank his uncle pulled 40 years ago.

“One year, my uncle gave my family a donkey for Christmas,” Stump said. “He just brought it into my mother’s kitchen on Christmas morning, said ‘Merry Christmas,’ and just turned around and left the house as fast as he could.”

The donkey’s name was Ajax, and he had a tendency for biting the cattle on the family farm, Stump said. Ajax lasted for about a year before Stump’s father gave the donkey away.

Ajax Aleworks will sell only draft beer, and Stump hopes to find tap space in Richmond bars such as Station 2, Capital Alehouse and Commercial Tap House and Grill. Ajax, he said, will allow bar owners to rotate a variety of different beers through a single tap. 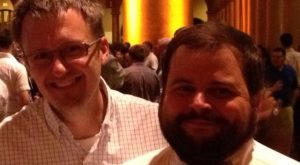 Bennett and Stump will also sell beer at an onsite bar. Bennett hopes the setup will give customers the chance to see the brewing process firsthand while enjoying a pint.

“The space itself will really be an open floor plan, so the bar will be open to the rest of the brewery,” Bennett said.

In fact, Stump wants the biggest chunk of Ajax sales to be directly from his brewery, a practice legalized in May when Gov. Bob McDonnell signed Senate Bill 604.

Before SB 604, Stump said his business plan predicted Ajax would start to make a small profit in its second year. But the new legislation is making the business look much more promising.

“The more beer you can sell out of your front door with your markup, the more money is going to go into your bank account,” Stump said. “If we’re making a lot more money because we’re selling 25, 30, 40 percent out of the brewery, we can really reinvest into the company.”

Right now, Stump and Bennett are brewing in Stump’s backyard. They plan to keep their day jobs by brewing during evenings and on the weekends. Stump hopes Ajax will open by the end of the year but admits that that is an optimistic goal. 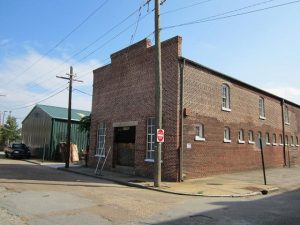 The team recently built a grain hopper, their first piece of equipment meant for commercial brewing. They will need to purchase much more brewing equipment, including the brewing system and a fermenter.

Ajax will join a growing local beer scene with year-old beer makers Hardywood Park Craft Brewery and Midnight Brewery and the established Legend Brewing Co. Other smaller breweries, such as Center of the Universe Brewing and Lickinghole Creek Craft Brewery, are also in the works.

Stump said the “drink local” trend would be important to his business.

“I think that’s one of the reasons that we have a real shot at doing this” he said. “People are spending a little extra money to get something that is local, and I think that it will really work out for us.”

Josh, Coleman, please get in touch with me when you get set up. Meadowbrook Country Club has a tap devoted to a rotating selection of beers (Hardywood Park Singel was featured one month). Our club may want to give you a try.

What a couple of impressive young lads. Well at least one is young. The other is just impressive. Good luck!