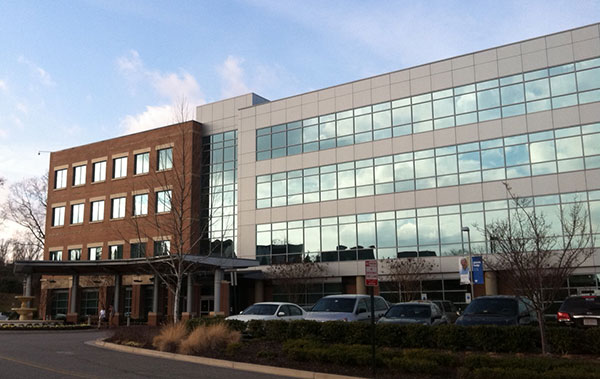 PartnerMD’s headquarters are on the third floor at 7001 Forest Ave. (Photo by Michael Schwartz)

PartnerMD, a membership-driven concierge medical firm that caters to corporations and business executives, will next week open a clinic in Greenville, S.C. It will be the Richmond-based company’s fifth location and its first outside Virginia.

Chief executive Linda Nash said the move is another step in the nine-year-old company’s plans to look nationwidefor new locations.

“Greenville was a good starting point because there are so many other cities nearby that we would eventually love to be in,” Nash said.

Offices in Atlanta, Charlotte and Asheville are in the works.

For a membership fee, PartnerMD patients receive around-the-clock access to their their physicians, Nash said. About 4,800 members are enrolled in the program’s offices in Northern and Central Virginia.

“We’re laying the groundwork to expand nationally,” Nash said. “We also have our eyes on cities like Chicago, Baltimore and Seattle.”

The investment arm of Markel Corp. acquired PartnerMD in 2011. Nash said the acquisition gave PartnerMD the security to expand to a larger area. The company internally financed this latest expansion with the help of Markel.

Greenville is home to several international corporations, including BMW and Michelin, and Nash said PartnerMD would target such businesses.

“We really want to be the go-to health-care provider for these companies,” she said.

PartnerMD’s Greenville office is built to accommodate up to three physicians, but Nash said they’ll start out with one: Greenville-based physician Jack Durham.

“I like to spend a lot of time with my patients, and unfortunately I found myself spending less and less,” said Durham, who left private practice to work for PartnerMD. “If I have the opportunity to take an hour or two with one person for a physical, that’s very beneficial to both myself and to the patients.”

PartnerMD isn’t the only Richmond-based health-care company in expansion mode.