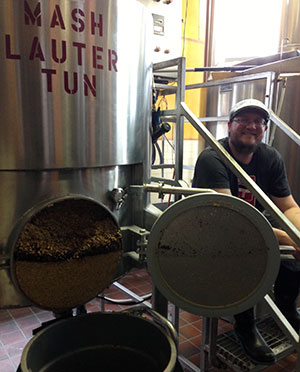 With Richmond’s beer scene exploding, a Midlothian barbecue joint is amping up its brewery operations to get a bigger piece of the action.

Extra Billy’s Smokehouse & Brewery has hired a full-time brewmaster and plans to roll out a line of in-house beers this spring. Owner Jason Harr said the expansion is a way to generate buzz about the restaurant’s brewery, which opened in 2000.

“We’ve been concerned about catching onto the craft beer craze for a while,” Harr said. “With Hardywood, Midnight and all these other breweries opening up, we started brainstorming ways to make sure we’re still in that top tier.”

Harr worked with Clay Gilbert, a consultant with experience in beer distributing, to relaunch the Extra Billy’s brewery.

“It was time to retool their beers and their brand and really become a part of the craft beer scene going on here,” Gilbert said.

Extra Billy’s has a second location on West Broad Street, but Harr said the beers will only be available on tap at the Midlothian location – at least for now.

Gilbert said the restaurant might look to start distributing its beer six months or a year down the line.

“Right now, they have what I call a homebrew system on steroids,” Gilbert said. “They’ll have to address that down the line by expanding or contracting out the brewing operations.”

The restaurant’s 12-year-old brewery has previously put out Old English-style reds and browns.

Brandon Tolbert, the new Extra Billy’s brewmaster, left his job in the printing industry to work at the restaurant full time. He’s been home-brewing for the better part of a decade, but this will be his first professional brewing gig.

“I’m still planning out what type of beers I’m going to do,” Tolbert said. “I’m going to keep it organic, but I have plans for a double IPA, some more robust porters and stouts, and some seasonal ones as they come around.”

Extra Billy’s is also sponsoring a contest March 2for members of the James River Home Brewers Association. The winners will get their beers featured in the pub. Harr said they have received about 40 entries so far.

The restaurant’s new brews will enter a competitive and rapidly expanding local craft brew market. Richmond has four craft breweries up and running, three of which opened in the past two years.

Center of the Universe opened in Hanover County late last year, Midnight Brewing Company opened in Rockville last summer, and Hardywood Park opened in Richmond in 2011. Legend Brewery in Manchester has been in business for 19 years.

Several others are in the works. The latest entrant, Strangeways Brewing, is under construction in Henrico County.

It’s great to see Extra Billy’s getting serious about their beer. I hope they can boost the quality a notch and get on par with the other craft brewers. The beer quality now is okay, and I gladly order a pint with their excellent barbecue, but I wouldn’t choose it over a Legend or a Hardywood at the store. Hopefully Brandon can create a new signature beer that stands out.

When should it be time for the local community colleges to offer beer classes (brewing methods, etc.) like the charlottesville community college (Piedmont?) offers wine classes? Richmond (and Virginia) should hop on this quick to get ahead of the game and really be known for it like Virginia is starting to be known for its wine production. Heck, offer classes to the farmers to grow hops too!

I can not wait! Amazing beer and food!!

Some tasty brews coming soon!
The Midlothian community deserves a high quality brewing operation and we look forward to supporting it.

I can’t agree more. This was a move that had to be made. Going tonight for Brandon’s first brew!