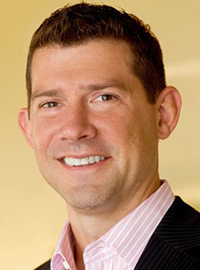 The founder and chief executive of Richmond-based Snagajob is stepping down as the company eyes its next step.

Shawn Boyer, who founded the online hourly job board in 1999, announced his departure from the role of CEO to Snagajob employees at a meeting Wednesday at the firm’s Innsbrook headquarters.

Boyer, who will become chairman of board, said in an interview Wednesday that the company might consider an IPO within the next three years. 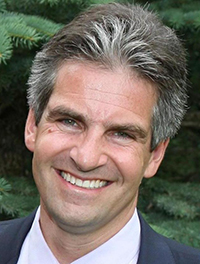 “This is not my departure. This is me moving into a different role and still being here every day,” Boyer said.

Boyer, 41, left a career as a lawyer and grew Snagajob to more than 200 employees and tens of millions of dollars in annual revenue.

The William & Mary graduate also led the company through several capital raises in deals with private equity firms that brought in more than $40 million. Some of those firms, including Adams Street Partners, Baird Venture Partners and August Capital, took seats on Snagajob’s board of directors. With those seats came greater say in the company’s affairs.

Boyer said he’ll maintain the same level of ownership. He and his family are the single largest shareholder in the company, he said. His wife, Tennille Boyer, works in sales at the company.

Boyer said he initiated a search for a successor in early 2012.

“This has been something I have proactively talked to the board about for quite some time,” he said. “This was my decision, my instigation.”

Snagajob, which matches hourly job seekers with employers such as 7-Eleven, Home Depot and Pizza Hut, had been known as one of the fastest growing companies in Richmond.

But the company wasn’t immune from the recession. Last summer, Snagajob cut about 10 percent of its workforce but also added 12 IT jobs throughout the year.

In its search, the company was looking for a chief executive who had experience growing a company much larger than Snagajob, including expanding internationally, and who has been involved in an IPO process.

“If you look at my resume, I don’t have any of those,” Boyer said. “I wanted to bring in somebody who did have that.”

As chief executive of GlobalLogic, he grew the software firm to more than 6,000 employees during his tenure from 2002 to 2010.

He’s been through two IPOs with tech firms Versata and Seer Technologies.

Harrison is expected to start at Snagajob in April.

Randy Reece, a senior analyst who covers the job recruiting industry for Nashville investment firm Avondale Partners, said that, depending on the industry and level of profitability, a company would want to show revenue growth of 15 to 20 percent annually in the years leading up to a planned IPO.

“It’s only going to be possible if the company is achieving very strong growth,” Reece said. “We don’t know exactly how fast Snagajob is growing. We do know they have succeeded in winning relationships with significant number of companies that hire a lot of hourly employees in retail-oriented industries and restaurants. I think that’s a strong positive.”

Reece said a sale of Snagajob is more likely than an IPO.

“The ‘preparing for an IPO’ response is another way of saying ‘we’ll be for sale eventually,’” Reece said.

Should it go in that direction, potential buyers could include online job search giants Monster and CareerBuilder, Reece said.

Reece also said some of Snagajob’s earlier private equity backers might be running short on patience in their drive to recoup their investment.

“With the Internet bubble and then the real estate bubble, a lot of private equity money was put to work and has been stuck there for a long time,” Reece said. “These companies are under increasing pressure to get their money out of investments they’ve held for a long time and put them into new ideas that have potential for a higher rate of return.”

Snagajob also said Wednesday that Greg Moyer, who has been its head of human resources for almost seven years, would retire in April. Betsy Kersey, who had been groomed to be his successor, will take over that position.

I am glad he will still be involved with the company. I wouldn’t want to follow-up his tenure as CEO but wish Peter great success.

I think he has done a great job and have seen him speak on the company a few times. Such a great story for those that haven’t seen it. W&M had him speak last month and the video is available here:
http://tinyurl.com/shawn-boyer-wmtalk

Another example of Shawn teaching us how to be a great leader. He puts his ego aside and does what is best for his customers and his employees – and at the same time, he maximizes his equity. THIS is how to lead…if you do what is right for everyone else, you’ll profit financially and morally. Congrats to Shawn and SnagAJob.

I had the privilege of working with snagajob and with Shawn Boyer off and on for many years, and he is hands down the best leader and CEO. After reading the Times-Dispatch article on Wednesday, I was thrilled for him for this next huge phase in his career. For anyone that knows Shawn, you know that he lives and breathes snagajob and has from its inception. His passion, drive and love for the company and for the Snaggers that work with him shows in everything he does. As a previous commenter mentioned, I would never want to be the person… Read more »