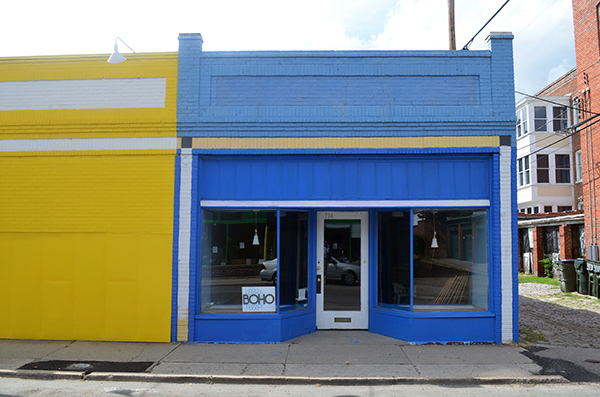 Fitness fans in the Museum District will soon have another way to work out.

“During the day, we compete selling steaks, and at night we compete riding bikes,” said Greenwood, who works at the Tobacco Company Restaurant. Grohs works at Morton’s Steakhouse.

Boho will offer about 20 classes each week.

When it opens this fall, Boho will offer about 20 classes each week, with regular early morning and evening hours on weekdays, Greenwood said. The gym will also offer early morning weekend hours, she said.

In the classes, participants pedal stationary bikes as an instructor gives commands to stand or sit and pedal faster or slower to simulate riding up hills or over flat roads. Loud music is usually played to energize the cyclists.

A 50-minute class will cost between $16 and $20, Greenwood said. The gym will offer package deals, but pricing for those has not been determined.

Boho will have 20 stationary bikes, and the gym will hire six to eight instructors to lead the sessions, Greenwood said. The space is being renovated, but Greenwood would not share how much the project is expected to cost. City records show that $15,000 worth of building permits have been filed this month for the address.

Greenwood said Boho would fill a void in the Richmond fitness market.

“Going to the gyms that offer cycling here there are some really great classes and instructors and some that are just not,” Greenwood said.

But it won’t be the only cycling gym looking for business.

Hampton Roads-based Tidal Wheel is opening two locations in Richmond, one at 5807 Patterson Ave. and another at the Innsbrook Shoppes at 4024-D Cox Road.

Boho will also compete with a wave of other fitness concepts including the ever-growing ranks of CrossFit gyms, ballet barre studios, and the larger chains such as Gold’s Gym and Fitness Evolution.

The West of The Boulevard neighborhood sorely needs a full-service gym.

Richmond in general needs a track & field facility. One that accommodate the surrounding schools as well host state, regional, and college meets and open to the public.

Very excited to have Boho in the neighborhood! I’m just about two blocks away and can’t wait to ride there!