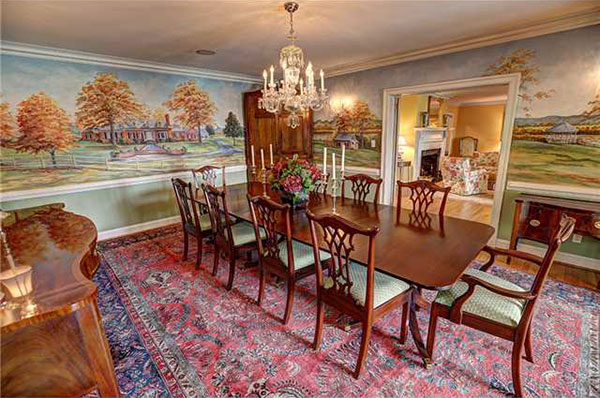 The main house at Farvue is more than 10,000 square feet. (Photos by John Hancock Photography)

The 10,000-square-foot Goochland County home of developer Hank Wilton and his wife, Cindy, was put up for sale in late August. With an asking price of $3.85 million, the estate is among the highest-priced residential listings in the Richmond region.

The property is down a long, winding driveway at 12671 River Road and sits on about 26 acres between the James River Estates and Tuckahoe Plantation subdivisions.

Known as Farvue, the home was built by Wilton’s father, E. Carlton Wilton, in 1956. He founded the Wilton Companies in 1945.

Hank and Cindy Wilton have owned and lived in the property since 2006, when they made some renovations. 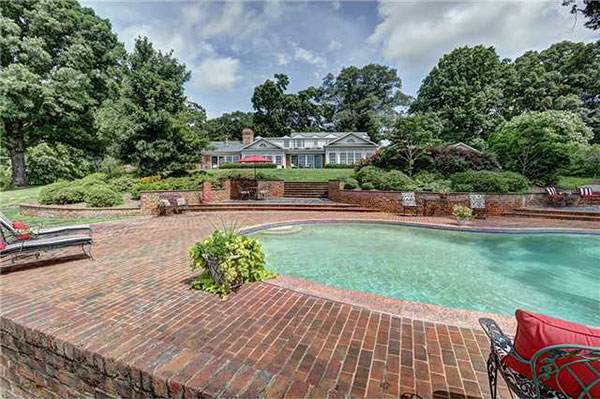 Amenities include a pool and a party barn.

The house has five bedrooms, seven full bathrooms, three half-bathrooms and six fireplaces. The property also features a pool, a tennis court, a party barn, a six-bay car barn and a guesthouse.

And then there’s the view.

“It has a pretty amazing view of the James River,” said Catie Keiger, a real estate agent with Long & Foster who is handling the listing.

“I’ve had a lot more interest than I anticipated for a property of this price in Richmond,” Keiger said. “This is one of those properties where you could get really lucky and sell it quickly, or we’re realistic that it could take a while to find that special buyer.

“My take on the market is that there are a lot of buyers surfacing for these higher-end properties.”

Hank Wilton, who stepped down as chairman of the Wilton Companies in late 2012, was able to retain the home after a lengthy but now concluded bankruptcy. He said he and his wife are looking for something smaller.

“It’s more of a downsizing exercise,” Wilton said. “I’m 60 now, and I certainly didn’t want to keep cutting the grass.

Should it fetch its $3.85 million asking price, Farvue’s price tag would eclipse that of an 8,100-square-foot Georgian-style home in the West End that sold for $3.76 million in April. At the time, it was by all accounts the highest price paid for a single-family home in Richmond in at least 18 months.

In terms of price, the Wilton property’s nearest rivals on the market are two large houses that went up for sale in May: The 10,000-plus-square-foot Windemere is asking $4.2 million, and a 9,900-square-foot home in Chesterfield is eyeing $3.9 million. 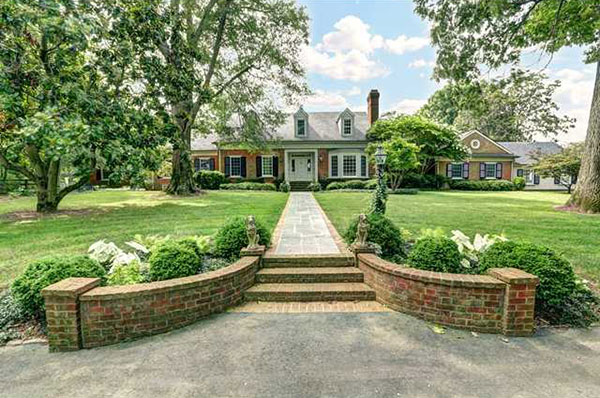 The annual taxes are equal to my mortgage payment. LOL

You had me at Party Barn.