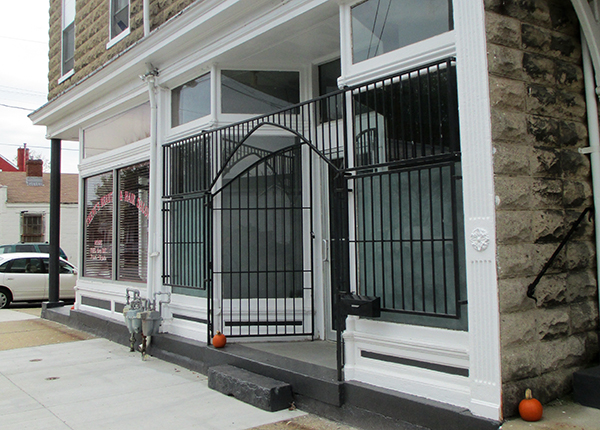 An offshoot of a local wedding planning business is making a push into the Church Hill retail scene.

Christine Haines recently signed a one-year lease for the 725-square-foot space at 602 N. 29th St., where she plans to open Urban Set Bride. Haines describes the store, which is set to open in December, as “a safe haven for hip brides” looking for atypical wedding attire.

Haines, 27, said Urban Set is an extension of her wedding planning company, Wood Grain and Lace Events. She said store’s offerings will be “anti-princess poof” and that she hopes to target “women with tattoos all over their arms, plus-sized women and women living in the city.”

“I want it to be accessible to lower income women who can’t necessarily make it out to Henrico County to get a gown,” Haines said.

Flappers in the 1920s used the term “urban set” to describe a new gown. Haines’s Urban Set will have gowns from designers that she said are not typically available in Richmond, as well as from smaller independent designers and Bygones Vintage Clothing in Carytown.

Haines said that she is applying for an $80,000 loan from the Small Business Administration to finance the shop but that the recent federal government shutdown had slowed down the process.

In the meantime, Haines has shored up some support from Richmond’s business community.

The 2009 VCU graduate found out this month that her business would receive a Bon Secours Supporting East End Entrepreneurship Development (SEED) grant of $5,000.

Haines, who also works as a leasing manager for the Residences at the John Marshall, launched Wood Grain and Lace two years ago. Since then she has done 18 weddings ranging in price from $500 to $2,000.

Haines runs Wood Grain and Lace as a one-woman show. For the new retail venture, she will get some back-of-the-house help from her mother, who is an accountant, and might offer internships to VCU fashion students.

The space on North 29th Street has seen its share of makeovers. Early in the 20th century, it housed Nickel Savings Bank, then an ice cream store, and most recently Lab Rats, a medical equipment calibration lab.

Its latest incarnation comes amid plenty of action recently on the Church Hill business front: Richmond-based cafe Urban Farmhouse has plans in the works for a location at 310 N. 33rd St., developer Josh Bilder is beginning his transformation of the long-dormant East End Theater on 25th Street into a 22-unit, multimillion-dollar apartment complex, and the nonprofit Tricycle Gardens is relocating its headquarters to 2314 Jefferson Ave.

Urban Set’s lease begins Nov. 1. Haines said that she would keep her eyes open for a larger space but that staying in Church Hill is important to her.

“It embodies the spirit of Richmond,” she said of the neighborhood. “It’s blossoming into something great. …I would love for Church Hill to be a one-stop shopping center and grow into something spectacular and lucrative again.”