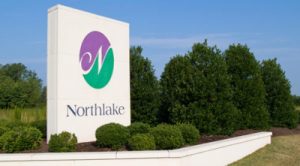 A sugar rush is in store for a Hanover County business park.

Mavalerio, a manufacturer of candies and other sweets, plans to invest $5 million in a 38,000-square-foot facility at Hanover’s Northlake Business Park. It’s the company’s first U.S. production complex.

The park was selected over sites the company considered in Delaware and Florida, according to an announcement last week from Gov. Terry McAuliffe’s office. The facility is expected to create 55 jobs.

The announcement describes Mavalerio as the largest producer of decorative confectionary products in Latin America. The company currently exports to more than 20 countries. Customers with a presence in the U.S. and Virginia include Lindt, Pepsi, McDonald’s, Walmart and Aldi, among others.

Fernando Bettin, director of operations for Mavalerio, said in a press release that the Hanover site was selected due to its proximity to interstates, airports and seaports that can adequately serve the company’s supply chain.

“We have chosen the state of Virginia because we can reach 55 percent of the U.S. population within 750 miles, and we couldn’t be more pleased with our location in Hanover County,” Bettin said in the statement.

The Mavalerio deal has been a year in the making. The company first visited Hanover last June and returned in January to view the building.

Hanover County and the Greater Richmond Partnership worked with the Virginia Economic Development Partnership on securing the project, which included offering several incentives to Mavalerio.

The company will receive a $50,000 grant from the Governor’s Opportunity Fund, benefits from the Port of Virginia Economic and Infrastructure Development Zone Grant Program, and funding and services to support employee training through the Virginia Jobs Investment Program.

County officials said the company is planning to have the space upfitted and operational by June.

The Virginia Department of Transportation is also set to start improvements on the nearby Lewistown Road bridge that crosses Interstate 95 just south of Northlake. The department last month awarded a contract valued at about $18.2 million for the project, which will widen the bridge to four lanes and involve additional transportation improvements for the Lewistown interchange.

A 350,000-square-foot outlet mall is also being planned nearby.

So, what’s the update? 11 months later and no sign of Mavalerio in the news or on their website. Thx for any info.