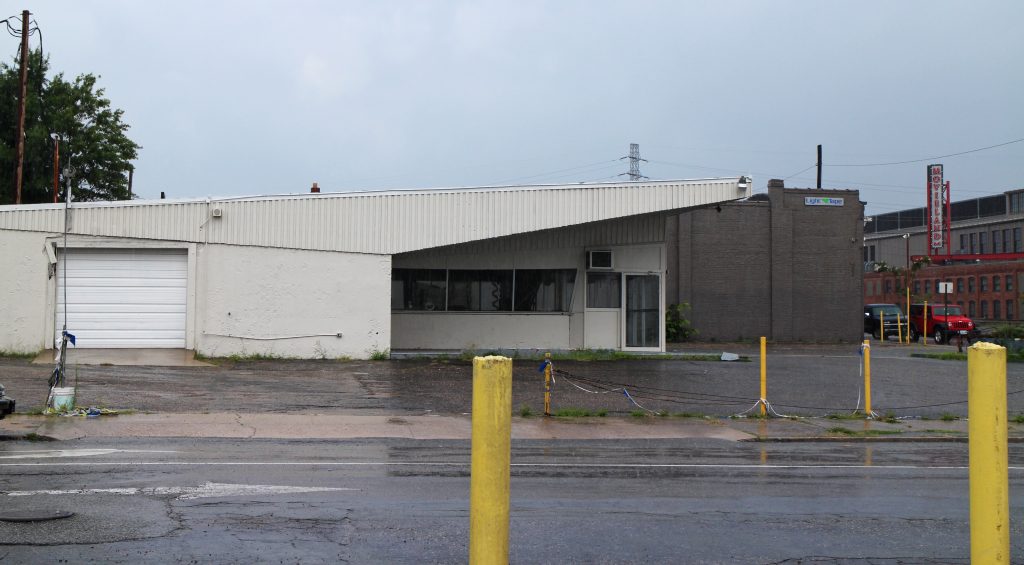 The building at 1300 N. Boulevard has been leased to a restaurant company. Photo by Michael Thompson.

A local restaurant group is planting another flag in Scott’s Addition.

Chris Tsui and his Eat Restaurant Partners plan to open a new restaurant in the 2,000-square-foot space at 1300 N. Boulevard. It will be the company’s second establishment around the rapidly evolving Scott’s Addition neighborhood and its sixth in Richmond.

The company leased the building, which was previously home to an auto shop and another restaurant and is across from Movieland.

“It was a very visible spot on the Boulevard,” Tsui said. “Being next to Movieland helps.”

Tsui would not go into detail about his plans for the venture, which was first reported by the Richmond Times-Dispatch. He said he’ll look to open early next year.

“We’re still playing around with the menu,” Tsui said. 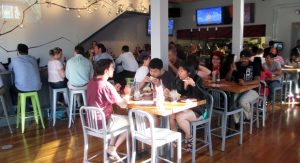 Tsui said the new restaurant would be different enough to not be in competition with the nearby Fat Dragon at 1200 N. Boulevard, which Eat Restaurant Partners opened in 2012. The company also owns the Blue Goat at Libbie and Grove avenues, Osaka Sushi & Steak on Huguenot Road, Wild Ginger in Midlothian and Foo Dog in the Fan.

“It’s becoming a community,” Tsui said. “There’s more and more retail in the area, which feeds it.”

For food and drink, the neighborhood is currently home to Lunch and Supper, The Dairy Bar Restaurant, Urban Farmhouse, Lamplighter Roasting Co. and Oyster’s Pearl.

And there’s more restaurant competition coming to the surrounding blocks. A Peter Chang restaurant is planned near the intersection of West Broad Street and North Boulevard.

Renovations on Tsui’s new space are being done by Monument Construction. Michael Pellis is the architect for the project. Tsui would not discuss the financials of the venture.

“It’s an old building,” he said. “We’ll try to rehab it to its original form.”