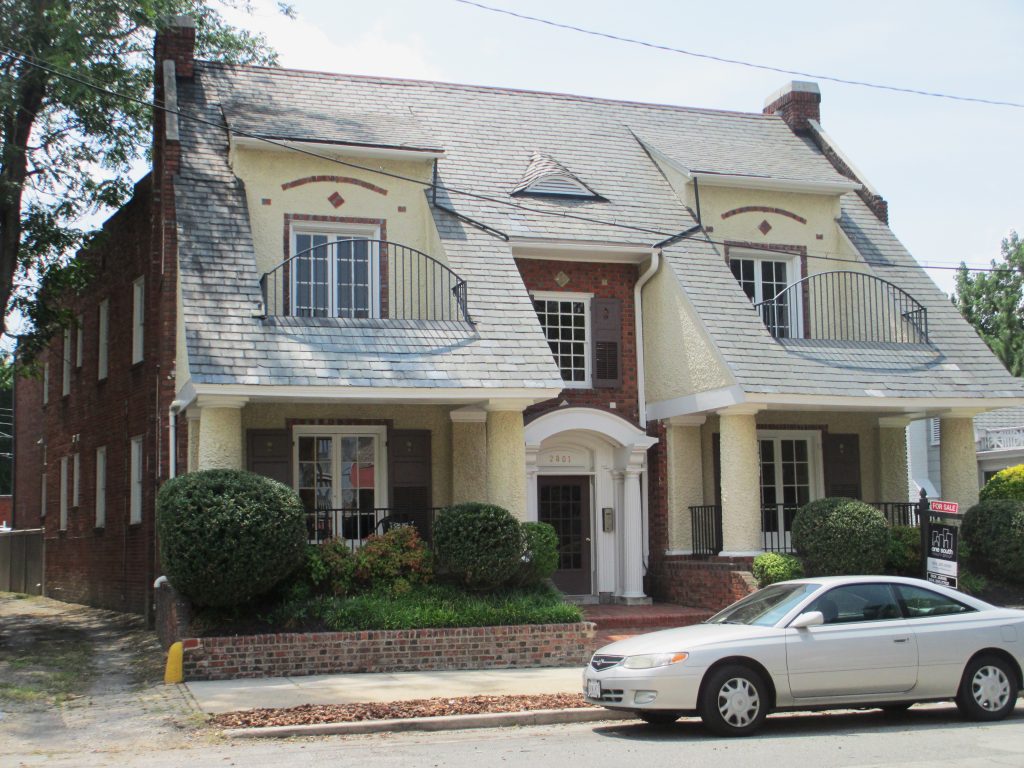 The Tredegar’s four condos on Grace Street are on the market. Photos by Jonathan Spiers.

A condominium project a decade in the making has finally hit the market in the city’s Museum District.

The Tredegar, a four-unit cluster of condos recently converted from apartments at 2801 W. Grace St., just west of the Boulevard, was put up for sale late last week.

The four units are each at least 1,700 square feet with two bedrooms and two bathrooms. The lower-level units are priced at just less than $350,000, while the second-floor units are $10,000 more.

Rick Jarvis, who is marketing the homes through his One South Realty Group, said Reid Pierce of Pierce Development and Mark Kittrell of Liberty Mortgage started work on the building 10 years ago with the goal of converting the units into condos. The recession and its effects on the housing market caused the developers, like many, to put their plans on hold, offering the units as rentals in the meantime.

“It allowed them to hold the property through the downtime and wait for the market to turn back around again,” Jarvis said. 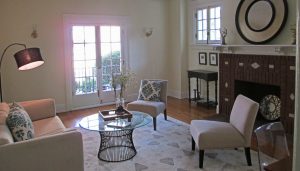 Jarvis said the conversion to condos is an example of a shift in Richmond’s recovering housing market.

“I think you’re going to begin to see more and more of these projects that were originally developed in that time period, just prior to the bubble bursting, come back to the market,” said Jarvis, whose firm recently finished selling another stalled condo project, Ginter Place.

The market is showing signs of that trend, as several other apartment property owners around the city have condos on their mind. The sellers of the 34-unit One Monument Avenue building are encouraging potential buyers to convert the property to condos, as are the sellers of the Lee School Lofts.

While smaller in scale, The Tredegar stands out for its unusual architecture and century-old details, including a slanted slate roof.

“It’s cute,” Pierce said. “It’s got the Flemish bond brick and the balconies that are tucked in on the sloping slate, which is kind of cool. There are not a lot of buildings in town that look like this.” 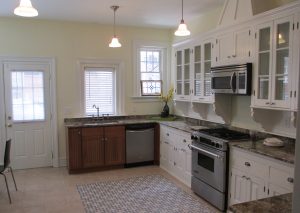 The kitchens were remodeled during the condo conversion process.

Pierce, who said he has developed 60 projects in the Fan over the past 30 years, teamed up on The Tredegar with Kittrell, who provided financing. City records show Kittrell purchased the property in 2002 for $400,000 from Red Hill Investments, which had purchased the building the year before from River City Renaissance, the real estate portfolio of now-imprisoned local developer Billy Jefferson.

Once sold, The Tredegar will be managed by the Tredegar Condominium Unit Owners Association, which is listed as the current owner.

Pierce said the project qualified for historic tax credits, the 20th such project he said he has done since the mid-1980s.

Pierce said the condos are adding to a transition toward single-family homes along Grace Street within the Museum District, which he said is experiencing changes of its own.

“The Museum District has gotten a whole lot better,” he said. “I think the change in ownership of the (Billy) Jefferson properties, which were not really well kept up, is going to help a lot. The Scott’s Addition boom – that’s the next neighborhood over. And you’ll be able to walk to Peter Chang’s new restaurant from here. So it’s a good spot.

“I think it’s a real trend-setter for Grace, which has been a tough sell for a lot of years.”

I agree that the area is coming back as I own a condo on Kensington but beware that the City of Richmond doesn’t get in the way of this trend. Example: my condo is on the market 3122 Kensington Ave Unit 12. I had a buyer and a contract to sell but the buyer could not get HUD financing because the entire building (rehab was only about seven years ago) is zoned Single Family Residential! The apartment has 12 units and has been in this spot since the 1920’s. The City refuses to rezone this complex thus the sale fell… Read more »

Great article and great condos. Everything Mark Kittrell and Reid Pierce do is first rate.

Dr. Maranzano, as a fellow condo owner I feel your pain. But I blame it more on strict HUD/FHA rules than the city. It’s basically out of the question that we can sell to a potential buyer attempting to secure an FHA loan. Conventional loans or cash buyers only. It’s really a shame because the people most likely to buy this type of housing are also the ones most likely to use this type of loan (first time home buyers/young childless professionals.) But the rules are biased toward single family housing. I am pretty certain the condos featured in this… Read more »