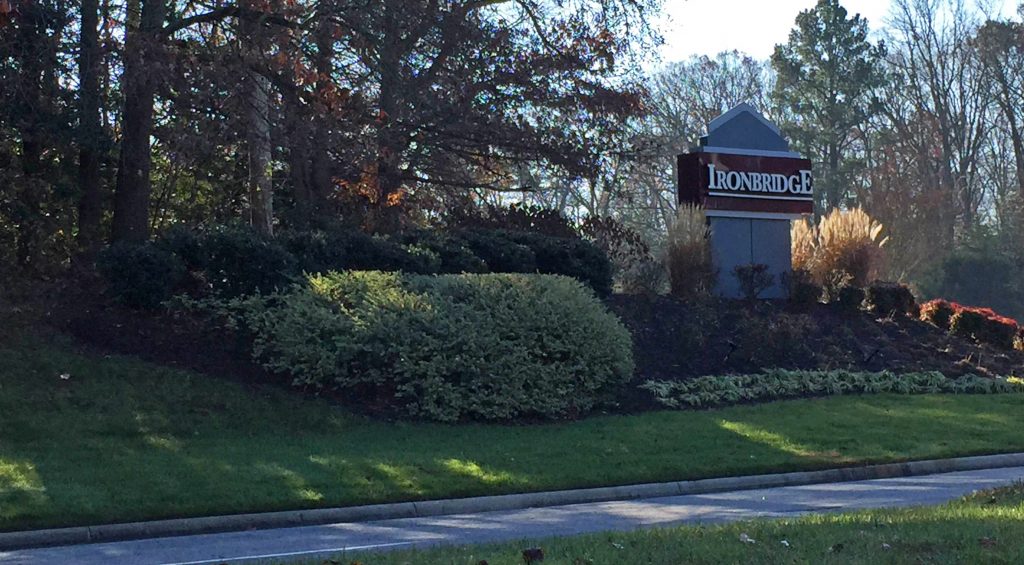 Lidl has submitted plans for a new store at Iron Bridge Road and Iron Bridge Boulevard. Photo by Katie Demeria.

A European grocer is planting its roots even deeper in the Richmond area.

Lidl, one of two German grocery chains that has been building stores all across the region over the last 12 months, has filed plans through its development arm for a second Chesterfield County location.

Filed by MGP Retail, the plans call for a 36,000-square-foot store at 11701 Iron Bridge Road. It will sit on a 6-acre parcel at Iron Bridge Road and Iron Bridge Boulevard. That’s about a mile up from a location of fellow German competitor Aldi. Both brands have picked Richmond as one of the markets for massive U.S. expansions.

This latest plan marks Lidl’s fifth location in the works in the Richmond area. In addition to the Chesterfield Towne Center spot, the company has filed plans in Henrico County for a store on South Laburnum Avenue, one on Staples Mill Road and another in the forthcoming GreenGate development just west of Short Pump.

The Iron Bridge Road location will be the third time that Lidl and Aldi have set up shop near each other. Aldi secured a spot in Broad Hill Centre, just across the street from GreenGate; the two will be going head to head on Staples Mill Road; and Aldi is set to be on Robious Road, also near Chesterfield Towne Center.

Lidl’s expansion into the Richmond area has been slower than Aldi’s, which has at least nine locations either open or in the works in the area. But Lidl has claimed a large stake just north of the city in Spotsylvania County, where it is building a $125 million distribution center.

A Lidl representative did not return requests for comment.