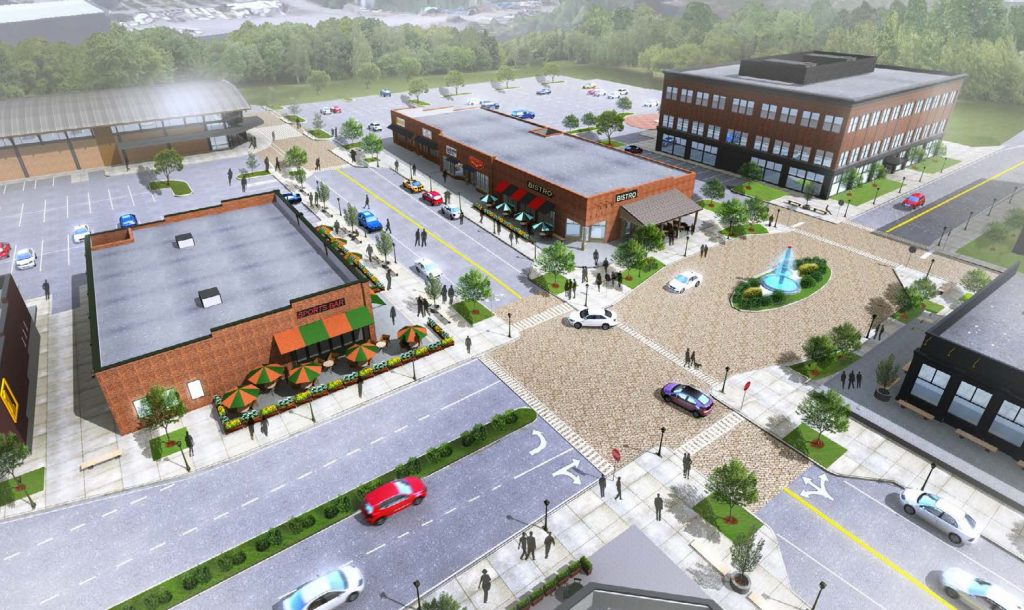 Markel | Eagle Partners is behind the GreenGate project at Short Pump. Image courtesy of Markel|Eagle.

It took a real estate-hungry local private equity firm less than six months to cap off its latest eight-figure fund.

Markel | Eagle Partners disclosed last month that it gathered more than $29 million from dozens of investors in its latest fundraising round, the third fund it has completed since 2010.

Dubbed Markel-Eagle 2015 Fund, the new fund brought in its first wave of investments in late July. By August, SEC filings show it had raised more than $26 million, and it closed it out in November.

Ricky Core, a principal with Markel | Eagle, said the company had a target to raise $25 million but kept going past that goal based on investor interest. It had the ability to go up to $35 million but eventually chose to cap it at $29.12 million.

As it did with its first two funds, Markel | Eagle will invest the new money strictly in real estate projects, both large commercial and residential developments. It will aim to dispense the money over the next 12 months.

President and principal Bryan Kornblau said the company provides debt and equity and continues to position itself as a more nimble funding source than traditional bank financing. It will look for projects where it can take the lead as developer, as well as opportunities to work with other development companies.

“We want the developers and real estate entrepreneurs, especially in Virginia, to think of us as being a source capital,” Kornblau said.

The first investment with the new fund is a follow-on in a mixed-use project currently under construction in Chapel Hill, North Carolina. The development is led by real estate firms East West Partners of North Carolina and Dallas-based Trammel Crow. Upon completion later this year, the development will have 265 apartments and 14,000 square feet of retail space.

About 80 investors bought into this latest fund, most of which had invested in Markel | Eagle’s previous offerings. About 90 percent of the investors in the new fund are locals, while others came from elsewhere in Virginia, Washington, Illinois, Pennsylvania and Maryland. The fund required a minimum $25,000 investment.

In addition to Kornblau, who founded Eagle Construction and its other sister companies, Markel | Eagle is also led by Tom Gayner, chief investment officer of Richmond insurance giant Markel.

The firm was originally known as E | Class MB Partners before Markel’s investment arm acquired a 50 percent interest in May 2010. Markel also now owns Eagle Construction and its various affiliates.

Its first fund, a $32.7 million pool closed in late 2010, helped bail out West Broad Village, which at the time was struggling under the weight of the recession and real estate downturn. Markel | Eagle has since begun divesting the real estate assets from the initial fund.

Its Fund II topped out at $53 million in late 2012 and has since been fully deployed on projects including the massive planned GreenGate mixed-use development in Short Pump, residential developments around Henrico County and a large mixed-use venture in Northern Virginia.

Its other investments over the years have included buying a large chunk of the former Circuit City headquarters off Mayland Drive and bringing the massive building back to life with new tenants.

Core would not comment on whether a fourth fund is in the works.