Big River created three new TV spots for Lumber Liquidators. The spots will appear nationally. The agency is also working with the company’s internal teams to seed its brand message into marketing materials across the organization.

Big River won two bronze Tellys and a silver Healthcare Advertising Award for its work for FAMIS, a Virginia health insurance program for children. It was hired by Markel Eagle Partners to manage the introduction of its GreenGate development. Agency president and CEO Fred Moore represented Big River in New York at the 20th anniversary of the 4As Diamond Forum.

The King Agency won eight awards for its creative work for Sentara Martha Jefferson Hospital and one award for its creative work for McGeorge Toyota. It won four Healthcare Advertising Awards – two golds, one silver and one merit – for its work for Sentara Martha Jefferson Hospital, which also earned the agency four Aster Awards – three golds and one silver. The McGeorge Toyota work won a bronze Telly Award in the local TV and cable automotive category.

Spurrier Group won a contract to provide strategic marketing and media planning services for the upcoming Kehinde Wiley exhibit at the Virginia Museum of Fine Arts. The contract was awarded following a competitive agency review. It will center on an integrated marketing campaign to promote the exhibit, making appearances across the U.S. 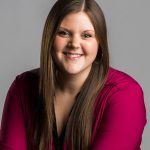 PadillaCRT promoted Kelsey Lewia from account executive to senior account executive in its healthcare practice, where she provides counsel for clients such as Children’s Hospital of Richmond at VCU, the American Physical Therapy Association and Mayo Clinic. It also promoted Luke Saunders from brand associate to brand strategist for its brand consultancy, Joe Smith. Saunders manages programs for clients such as Chick-fil-A and GE.

Visual Appeal was hired by Jack Berry for Mayor for design and development of its official campaign website. It was also retained by Virginia Heritage Foods, a multi-line food distributor based in Hanover County, to redesign its corporate logo and house brand product packaging.

The agency worked with consulting firm ReeSources on a recently completed rebranding initiative for Charles City County Tourism and Economic Development that included a new logo and launch of a new website. 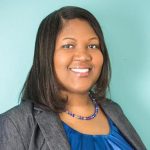 Shannon Martin, an account executive at ndp, has been elected president of the Mid-Atlantic Society for Healthcare Strategy and Market Development, where she will work to expand the network community of healthcare marketers from Virginia and Maryland to other states within the Mid-Atlantic.

The Martin Agency was recognized as 2016 Agency of the Year at The One Show. The agency and Geico also received the inaugural Penta Pencil, an award given to an agency-brand team that has created work for five or more continuous years. Geico was also named Client of the Year. The agency had 32 winning entries for campaigns including Geico’s “Fast Forward” and “It’s What You Do,” Oreo’s “Colorfilled,” and Tic Tac’s “Little Loader.”

Lythos Studios has been retained by Abbott Kilgo Concepts to develop branding materials and a marketing campaign for The Extraordinary Caveman, headquartered at The Extraordinary Cafe at Haxal Point. The business prepares and delivers paleo meals to the Richmond and Petersburg metro areas.

Studio Center’s Richmond crew was involved in filming the Partnership for a Healthier America Summit in Washington, D.C. It was also a sponsor of the event. 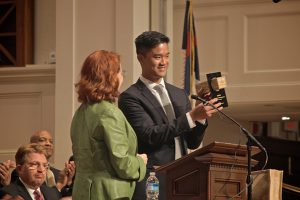 The VCU Brandcenter awarded its first Square Peg Award for Creative Problem Solving to 2006 alum Mike Karnjanaprakorn, founder and CEO of Skillshare. The award celebrates the 20-year-old Brandcenter’s newly articulated purpose of developing creative problem solvers. Karnjanaprakorn gave the commencement address to the Brandcenter Class of 2016 during its graduation ceremony on May 12.

OFD Consulting was involved in Richmond Region Tourism’s “Say I Do with OutRVA” campaign, which was awarded a Capital Award of Merit in Creative Tactics in the 2016 Virginia Public Relations Awards.

Initiate-it was retained to work with the national Council for Exceptional Children to develop a digital membership acquisition and retention campaign. The firm has added Kara Whitely to its digital team roster as a digital marketing analyst, and it has moved into a larger, 4,000-square-foot space in the In Your Ear building in Shockoe Bottom. 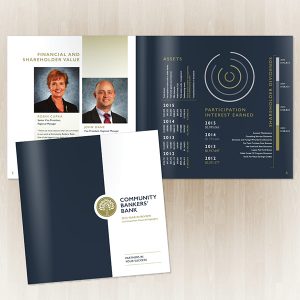 Think has been hired by Georgetown Day School, a private school in Washington, D.C., to design its bi-annual magazine. The firm is also partnering with MBM Marketing to design and print Community Bankers Bank’s 2015 annual report.

The Idea Center was chosen by Caritas to build its new website.

Lewis Media Partners was awarded an annual contract by Dialogo, an international online news magazine for U.S. and foreign government and military use, to manage its site analytics and digital reporting. It will be working with Arlington-based Leonie Group on the project. The agency was also awarded a consulting contract with Pennsylvania-based home shopping network and e-commerce website QVC.

Burnt Creative was named agency of record for Cycleboard, a California-based recreational mobility startup. The agency will be managing its digital platforms, marketing and brand experience.

Madison+Main went three for three in its first year entering work in the Virginia Public Relations Awards, picking up two awards of merit and a capital award of excellence. The awards recognized work for the Virginia State Corporation Commission and Office of the Attorney General.

Studio Flatland provided design and animation on the latest USANA video for its new MySmart Foods line of protein bars and shakes. The video was translated into five languages for various international markets, and it is the third video Studio Flatland has collaborated on with USANA. Each video opens with a one-minute animated story created by Flatland before moving into live-action and CGI.

HeliumStudio has been hired by C&F Architects, a Texas-based commercial architecture firm, for a website redesign and brand refresh.

San Francisco-based H&L Partners has opened an office at 15 S. 23rd St. in Shockoe Bottom and launched its “Good Morning Virginia” campaign for McDonald’s. The campaign, which includes TV, radio, online and out-of-home advertising, is a launching pad for a long-term breakfast strategy and aims to localize the global brand, and it is the first original creative produced for the brand for the Richmond/Shenandoah market in over a decade. The agency also launched its “Drink Run” campaign, meant to showcase the restaurant chain’s beverage variety.