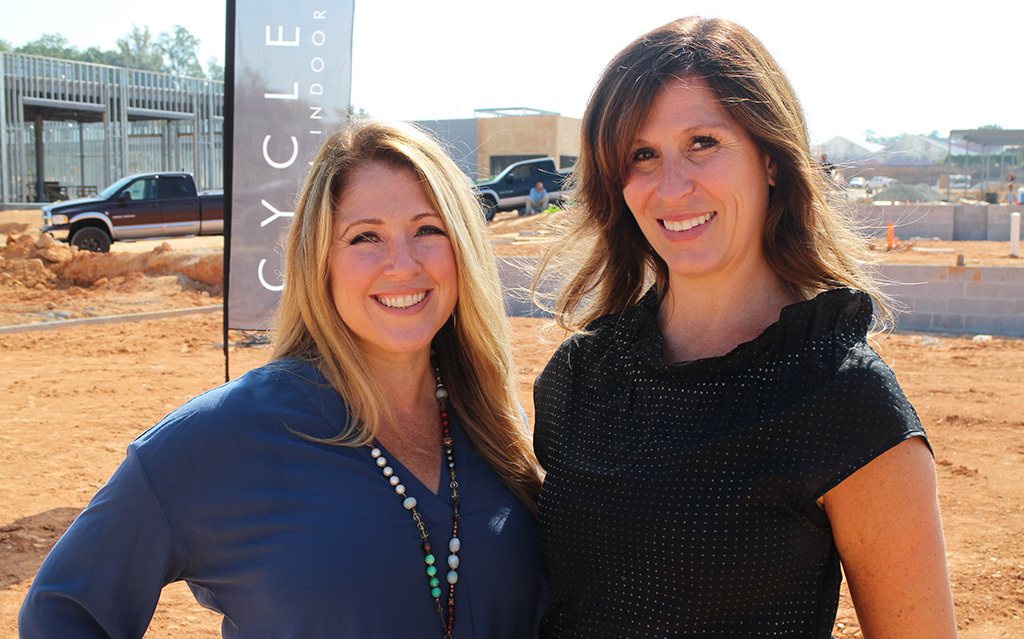 Franchisees Donna Suro and Libbie Crane in front of the future site of CycleBar at the GreenGate development. (Michael Thompson)

Donna Suro and Libbie Crane are the local franchisees and have a lease for a 2,542-square-foot space in GreenGate still under construction.

Suro and Crane’s location will be one of Virginia’s first CycleBar locations. The studio will have three tiers of cycling stations with 50 bikes, showers stocked with shampoo and conditioner, and branded water bottles. Single classes will cost around $20, and Suro and Crane are watching the market to set their rates. 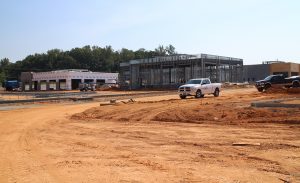 “We will be consistent with what you find in Richmond,” Suro said of pricing, adding packages of classes will be available.

CycleBar will offer CycleTheatre, which incorporates lighting, sound and video into class rides. Each bike at CycleBar will be able to track participants’ workout stats, display the numbers live on a screen at the front of the class, and send personalized stats to participants in an email.

Suro and Crane have long had an interest in the fitness industry before teaming up. Suro has taught group fitness for most of her adult life and used to own a Fitness Connection location in the Libbie-Broad area. Crane, a fitness enthusiast, worked in television with “The Late Show with David Letterman” and spent most of her career as a visual effects producer in New York.

As the pair was researching a venture they could launch together, they visited CycleBar’s headquarters in Ohio.

“We weren’t sure if we were quite franchise people,” Suro said. “We left there saying, ‘Why in the world would we try to reinvent the wheel?’”

The initial investment for a CycleBar franchise ranges from $378,400 to $893,600, according to Entrepreneur magazine. Formed in 2014, CycleBar has been franchising since 2015. The GreenGate location was the CycleBar’s 74th that the company signed on, and one other is in the works in Virginia in Arlington.

It took nearly a year for Suro and Crane to find their CycleBar location. They were looking for an urban setting with the kinds of demographics that could support a cycling studio. 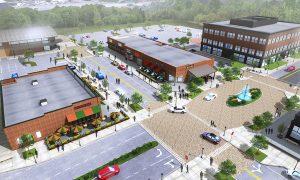 A rendering of GreenGate, which is beginning to take shape on West Broad.

“CycleBar development mentioned that real estate would be the hardest part of the process,” Suro said. “We found GreenGate was such a great fit. We love the restaurants they have coming.”

Four eateries are on the menu for GreenGate, including ventures from locally based Richmond Restaurant Group and Eat Restaurant Partners. That’s along with a Starbucks and a 36,000-square-foot Lidl grocery store, all still under construction.

Suro hopes the retail center won’t be the only place Richmonders can find a CycleBar. Another location could be in the works within two years.

“We need to see how this first location does,” Suro said. “That will help us determine.”