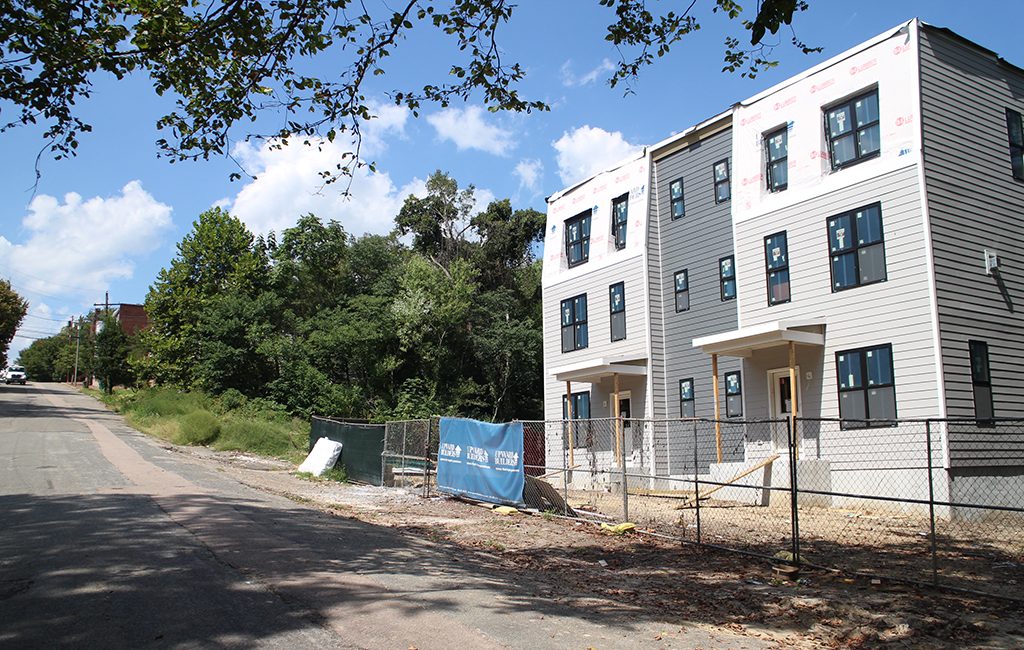 The first of several new homes planned for the Sugar Bottom area are going vertical at the end of East Franklin Street, downhill from Libby Hill Park. (Jonathan Spiers)

An area just downhill from “The View That Named Richmond” but overlooked for years in terms of new construction is squarely in the sights of a group of local developers.

Tucked in a valley between Libby Hill Park and Chimborazo Park, near the eastern end of the sealed Church Hill Tunnel, the area known as Sugar Bottom is seeing the first new construction in decades: three modern-style row houses near the end of East Franklin Street.

The homes, developed by Zach Kennedy of Upward Builders, mark the start of a development push in Sugar Bottom, an area known historically as one of Richmond’s red light districts during the Civil War era. The first of the homes hit the market in late September: a 2,400-square-foot unit listed just below $400,000.

Three more properties from Kennedy are planned to follow: a detached unit downhill at the end of Franklin Street, and two attached homes around the corner on North 31st Street, on the other end of a row of older attached homes.

And on the other side of Franklin, another development group is planning an upgrade of an existing apartment building and construction of two duplexes, as well as four more homes uphill from Kennedy’s, on both sides of an existing, century-old row house. 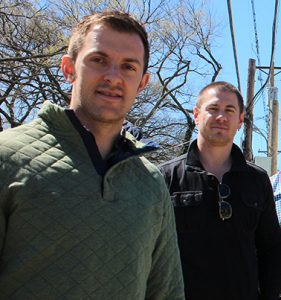 That developer, RVA Sugar LLC, is a partnership between local builders John Humphries and Casey White and real estate agent Matt Jarreau. Doing business as Kiwi Development, Humphries is the owner of Greenleaf Builders and White is a field manager with Centex Homes.

Jarreau, an agent with Hometown Realty who has been active with several developments in the area, said the projects are the first signs of activity in Sugar Bottom in years, driven by increased demand for housing in the area and its proximity to amenities in and around Church Hill.

“This is the first iota of interest in this area since probably the 1950s,” Jarreau said of Sugar Bottom. “Whenever they built those ugly block buildings is the last time anybody went down there and did anything.

“There is no other land south of Broad Street in Church Hill that you can develop, and this is a large swath of land that was available,” he said. “And being that the market forces are driving these prices up, it made this particular location much more attractive.”

Kennedy, who is marketing his homes with Patrick Sullivan of One South Realty Group, said the recent additions of Stone Brewing and the Virginia Capital Trail in nearby Fulton has added to the interest in the area. He also noted the recent purchase of the nearby Armitage Building, which new owner The Wilton Companies has said is “ripe for renovation.”

“The location’s perfect. It’s right between Libby Hill and Stone,” Kennedy said. “Because it’s slightly down the hill, it’s been kind of ignored. I like to do something different, and this was a challenge with the location and the lots.” 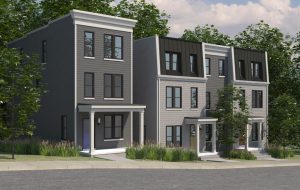 Last October, RVA Sugar LLC purchased the apartment building across the street for $206,000. And this February, Kennedy purchased an additional lot at the bottom of the hill and a parcel at 2 N. 31st St. from Historic Richmond Foundation, in a multi-parcel sale totaling $60,000.

Construction on Kennedy’s first three homes started in May, and the first two units are slated to be completed in early November.

Each totaling about 2,300 square feet, the three-level homes include three bedrooms and 3 ½ bathrooms, rear-side balconies with glass railings, gas fireplaces and ranges, and stainless steel appliances. The homes are being designed by 510_Architects, which also worked with Kennedy and Sullivan on a recently completed modern row house on M Street in Church Hill.

Including the other three homes he plans to build next door and on 31st Street, Kennedy said he is spending upwards of $2.5 million in the area.

Meanwhile, Jarreau said RVA Sugar LLC plans to spend $1.2 million on its four homes on Franklin, and just under $1 million on the apartments upgrade. Both projects are currently in the city review phase – the homes require rezoning; the apartments and duplexes will require a special-use permit.

Jarreau said the homes could be approved as soon as December, and the SUP as early as March. He said permitting and construction on the homes would begin immediately and the homes could be completed as early as April. Work would then start on the apartment renovations, which would convert the eight existing two-bedroom, one-bath units into one-bedroom upscale apartments, each totaling 625 square feet.

The apartments would share a courtyard with the two duplexes, which would consist of four 900-square-foot units, each with two bedrooms and two baths. The duplexes and apartments will include covered porches and terraces.

Jarreau said the projects will be worth their investment.

“You are a stone’s throw away from Libby Hill Park, where there are million-dollar homes literally 500 feet from these parcels,” he said. “The location’s just so prime.”

“The demand is there,” Sullivan agreed. “People want to be close to Libby Hill, they want a walkable neighborhood, and they want to be part of Church Hill.”

Added Kennedy: “This is kind of a microcosm of Church Hill. For a while, nobody wanted to be here, and now it’s booming.

“In the more trafficked area of Church Hill, it’s like the last undisturbed piece,” he said. “It needs some love.”

Sullivan continues to impress me with his uncovering of pockets of the city for development. This site at the entry to the Armitage Building has been an eyesore for years. It’s good to see someone take a shot at turning it around. I look forward to seeing the plans for the Armitage. It looms over Williamsburg Road but will be quite the challenge to reposition.

Mr. Humphries and Mr. White’s excellent work product in the Church Hill area has been flying under the radar for some time. Glad to see them get some well deserved press. Keep up the good work guys!