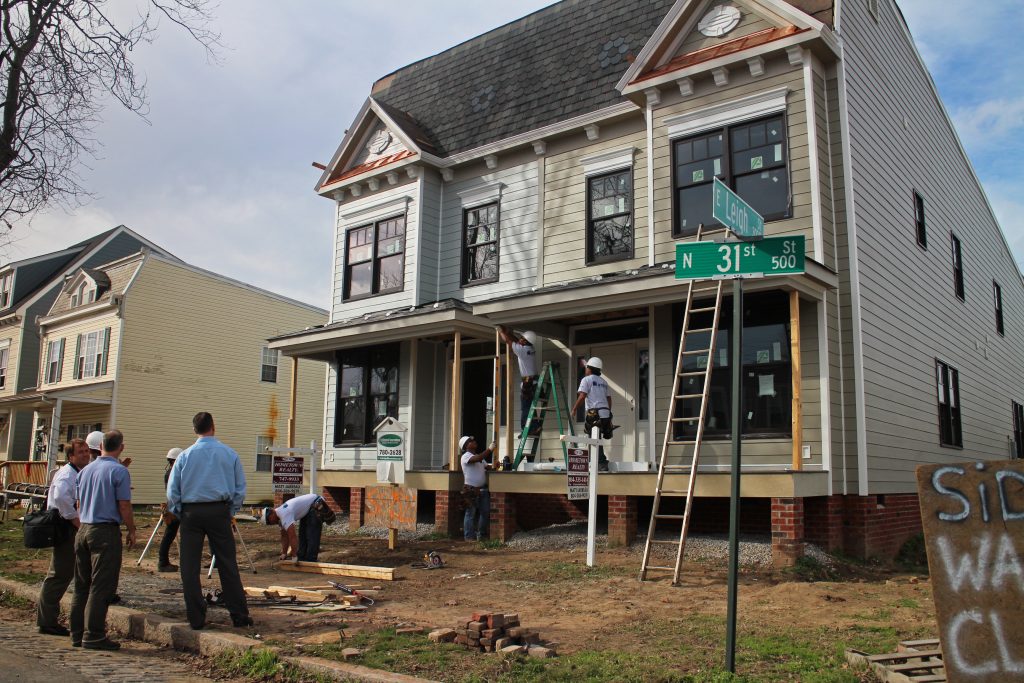 Building off the success of two homes he built in the neighborhood last year, a local developer is adding more new home construction to the ever-evolving housing stock in Church Hill.

Bryan Traylor of Unlimited Renovations is finishing up seven new homes in the 500 and 600 blocks of North 30th and 31st streets. Like the two homes he built last year at 510 and 510½ N. 31st St., the homes will be priced around $400,000 – an above-average price point for that side of Broad Street.

The price tags are encouraged by the sales of last year’s homes, which Traylor built with Thomas Smith of Seven Hills Construction and were sold by Long & Foster agent Tim Dunkum for $390,000 apiece. 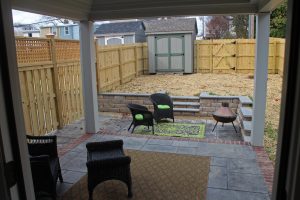 The homes include back yard patios.

The remaining two – 616 and 618 N. 31st St. – Traylor is building himself under Unlimited Renovations, through which he has built or renovated more than 100 homes in 20 years in such neighborhoods as Lakeside, Oregon Hill, Manchester and Randolph.

All of the seven homes are on track to be completed within the next two months.

In addition to these seven, Traylor has assembled another batch of seven parcels in the 1100 block of North 28th Street for homes that once built will be priced at or below $200,000.

Traylor said the homes are meant to blend old with new – design details that fit in with the historic neighborhood’s housing stock, while also providing homebuyers with options not previously available in Church Hill.

“These larger projects I think complement the economic diversity of Church Hill,” said Traylor, who is marketing the homes with his wife, Nancy Kuehl, and Matt Jarreau of Hometown Realty.

“Richmond is a destination, and when you’re a destination, you need to provide housing in different price points,” he said. “And that’s what we’re trying to do in Church Hill, especially North Church Hill. A lot of folks would say $400,000 is not affordable. It all depends on the vocation.”

Jarreau, who has lived in the neighborhood for 10 years, said the higher-priced homes would appeal to VCU Health employees and others who work in downtown Richmond and want to live closer to it than the Fan. 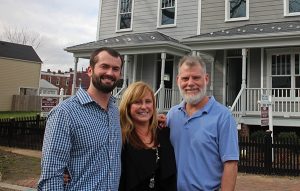 “I think we’re creating a different product that no one has created before,” he said. “Church Hill has this critical mass, this density, that it hasn’t had for 40-50 years. We have restaurants, corner stores – this new resurgence of business that can sustain these higher-priced properties.

“The concept is we’re taking people from the Fan who are buying older homes with that walkability and bring them to Church Hill, give them an amazing house with all of the new features. It looks old, but it’s brand new – something that you would never find in the Fan.”

The homes range from 2,400 to 2,600 square feet, with some spanning two stories and others with third levels. Three with four bedrooms and 3½ baths will be priced at $414,950, while the prices for the rest, with three bedrooms and 2½ bathrooms, are to be determined.

Some of the homes replace older ones that Traylor described as run-down. Others are built on lots that were previously vacant. All were purchased within the past 12 months, at prices ranging from $55,000 for a single lot to $120,000 for a townhome pair.

Traylor put the total development cost of the seven properties at about $3 million.

“At the end of the day, for me, it’s not about the dollar,” he said. “It’s about the houses being here for 100 years, and people in 60 years going, ‘Wow. They did it right.’ I want these homes to be viewed as part of the fabric of Richmond.”

The seven homes add to a wave of new construction and renovations in parts of Church Hill. Another project, a renovation of seven row houses on O Street, was recently halted due to a lawsuit between the developers.

Bryan Traylor is a class act. Classier than Ron Burgundy, in fact.

Nope you won’t find new houses in the Fan except the dozen or so that were built along Floyd and now a new set of over on Kensington where the old Boys and Girls club was demolished. Two over on Main near Meadow too. The ones on Kensington will also look “old” but be all new. All built within the last two year and some still being built. You know the ones here https://richmondbizsense.com/2015/08/19/fan-row-house-project-kicks-off-construction/