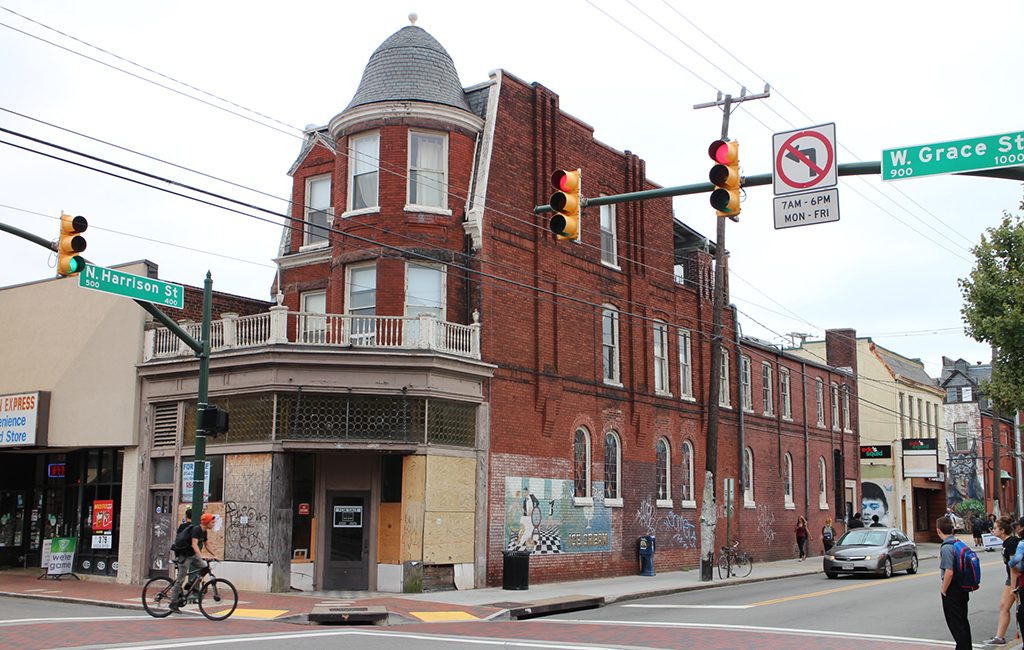 A rundown property on West Grace Street in the heart of VCU is back in the hands of a local family of restaurateurs.

Crossroads Development manager Scott Coleman, along with the Dikos and Giavos family, on Monday completed their purchase of 939 W. Grace St, formerly home to the Village Café and other restaurants over the years.

Coleman said plans call for using historic tax credits to install a first-floor restaurant in the three-story building with three apartments above.

The sales price was $675,000, according to Tom Rosman, who with fellow One South Commercial broker Ryan Rilee and Fred Larmore of Re/Max Commonwealth had the property listed at $595,000.

The seller of 939 W. Grace St. was the estate of Mary Mirakian, Rosman said. The property’s upper floors were Mirakian’s longtime home before her recent death and had been in the family for over 100 years, Rosman said.

The Village Café was the last in a long line of restaurants to operate at 939 W. Grace St., according to the Times-Dispatch. The property housed Paul’s Restaurant from 1927 to 1950 before the Dikos family opened the Village there in 1958. “Café” was added to the restaurant’s name in 1981 when it changed hands again.

Stella Dikos and her husband, Stavros, were the operators behind the original Village Café. The restaurant moved to its current spot across the street in the late ’80s, and the commercial space at 939 W. Grace St. has been vacant ever since.

“It was really the history of what they had in the building,” Coleman said of what motivated him and the Dikos and Giavos family to buy 939 W. Grace St.

Restaurateur Johnny Giavos, whose family owns several local eateries such as Stella’s, Kuba Kuba and Sidewalk Café, is the son-in-law of Stella Dikos.

Coleman said his most recent acquisition falls in line with those interests in the VCU area. He owns the No. 1 Bus Tour property at 3121 W. Broad St. near Scott’s Addition.

Renovations at 939 W. Grace St. are planned to begin in January. Coleman said he will likely be the general contractor for the job and Johannas Design Group will do the architectural work. The apartments will cater to students.

A restaurant operator has yet to be finalized.

Coleman said he wasn’t the only party interested in the property at 939 W. Grace St.

“It was pretty competitive,” he said. “More competitive than I would have liked.”

Rosman of One South Commercial said he got more than a dozen offers on 939 W. Grace St. from developers around town. He said VCU’s real estate arm made an offer.

The VCU market has been hot in recent months. In September, VCU paid $2 million for the Evergreen restaurant property at 612 W. Grace St.