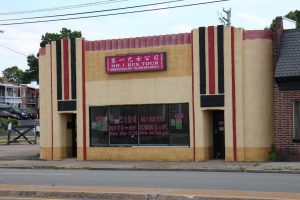 Even a rundown old Chinatown bus station has potential when it’s nestled up against the edge of Scott’s Addition.

Scott Coleman of Crossroads Development confirmed Wednesday that he’s behind the recent purchase of the No. 1 Bus Tour property at 3121 W. Broad St.

Coleman said in an email he has an idea of what he plans to do with the property, but wouldn’t elaborate.

Whether he has a restaurant or offices on his mind, Coleman is no stranger to redeveloping small properties around town.

He was part of the teams that opened the latest iteration of Perly’s Restaurant and Delicatessen at 111 E. Grace St. and Kohlmann’s Neighborhood Market next door at 119 E. Grace St. downtown. In Scott’s Addition, Coleman was the project manager on the redevelopment of The Frontier Project’s new office and for the new offices of Thomas Hamilton & Associates, both of which are on West Marshall Street. His company also owns the Scott’s Addition Lamplighter Roasting Company location on Summit Avenue. 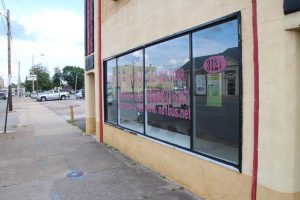 The 4,404-square-foot property sits on a third of an acre and includes a 20-space parking lot.

When Coleman’s vision for 3121 W. Broad St. begins to take shape, he will be joining a bevy of new projects in the works for the section of West Broad Street that borders Scott’s Addition. The bingo hall at 2900 W. Broad St. is gearing up for a zoning change that could lead to construction of a new five-story mixed-use building, and Three Notch’d Brewing Co. and a hot dog seller have plans to open in the forthcoming Gather at 2930 W. Broad St. Peter Chang plans to open a new restaurant this month at the recently redeveloped Hofheimer Building at 2816 W. Broad St.

I truly hope he intends to restore and save this building as part of whatever he chooses to do; while run down now, it’s a part of a gorgeous set of small art deco buildings along that stretch of Broad.

In the 1980s and 1990s NAPA Auto Parts operated a store from this location. My first job was driving a delivery truck from here, many of our clients were businesses in Scott’s Addition like Baker Equipment and Coca-Cola. Great (30 year old) memories, and I still remember vividly what the place looked like on the inside. Suffice to say the new owners have their work cut out for them! This building has been several things since NAPA, I’m sure the next incarnation will be the most exciting yet.